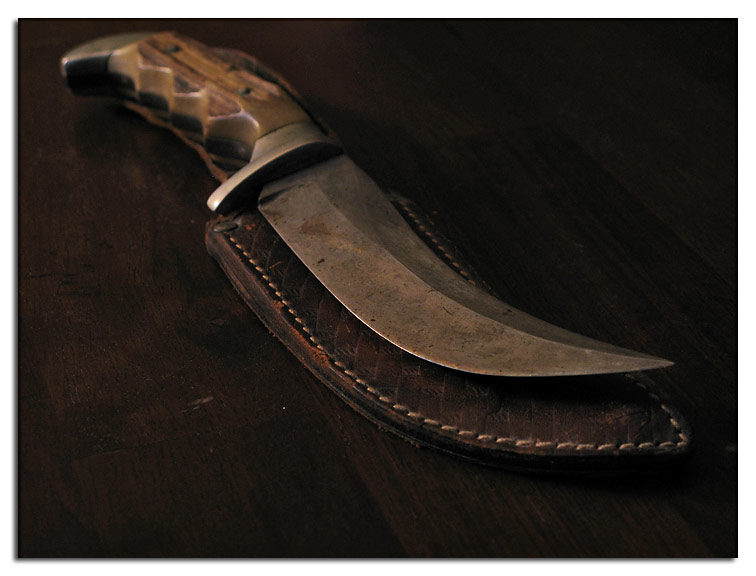 My father died when I was forty
And I couldn't find a way to cry
Not because I didn't love him
Not because he didn't try
I'd cried for every lesser thing
Whiskey, pain and beauty
But he deserved a better tear
And I was not quite ready

My dad always had this knife along on the various trips we took throughout my youth. I always admired it, but not in a covetous fashion. It was completely and resolutely his. I couldn't imagine it ever belonging to anyone else. He told me a sory about how he got it, something about trading a bunch of extra ammunition for it at a trading post outside of Salt Lake City. And in the childish way that we accept such things, it never occurred to me to wonder how he came to have so many extra bullets.  When he died, my had burned for this knife.