Frankly I was worried about Jordan. After the sheer exoticism of Istanbul and Syria, I was worried that Jordan would be a letdown. Luckily, this was not so. The border crossing was achieved without incident, and this in and of itself was sort of a letdown really. The only high point was the cigarette smuggling that the bus driver and conductor engaged in, and the bemused air of resignation with which the Jordanian border guards regarded this enterprise. I cruised into Amman and left the city as soon as I could procure my rental car. I had a bit of a time getting to the rental car office, as Amman consists of steep hills and busy streets. I finally surrendered and hailed a cab. The driver had never heard of the rental outfit before, and I was about to get out, but he took the bit in his teeth, turned off the meter and took my guidebook into a bookstore. He eventually came out with an Oxford Educated Jordanian man who set us off on the right path. Amman as a city is mostly a creation of the 20th century. There are some ancient sites, to be sure, but overall it is a mass of concrete, embassies and governmental offices. On the drive out of town I was passed by not one but two motorcades. Black Lincoln Town Cars flanked by black Benzes and Black Humvees bristling with 50 caliber protection. You tend to yield the road in a hurry when you see that sort of thing marching up on your rear bumper. 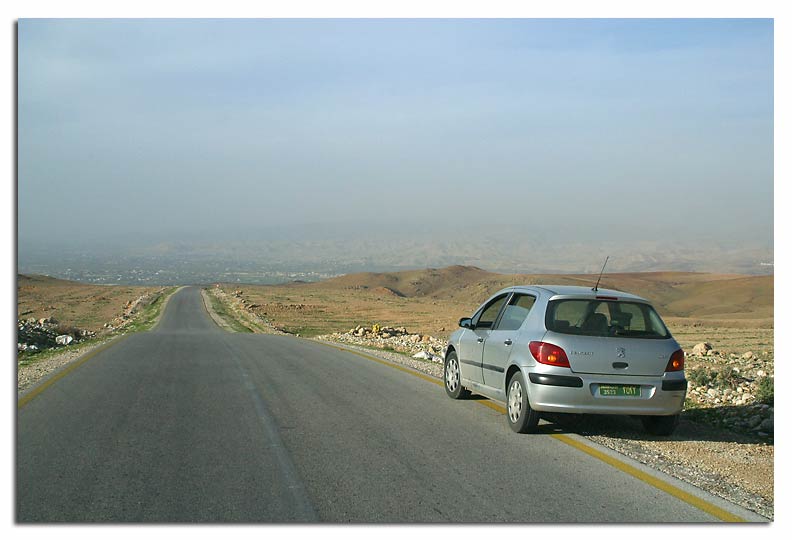 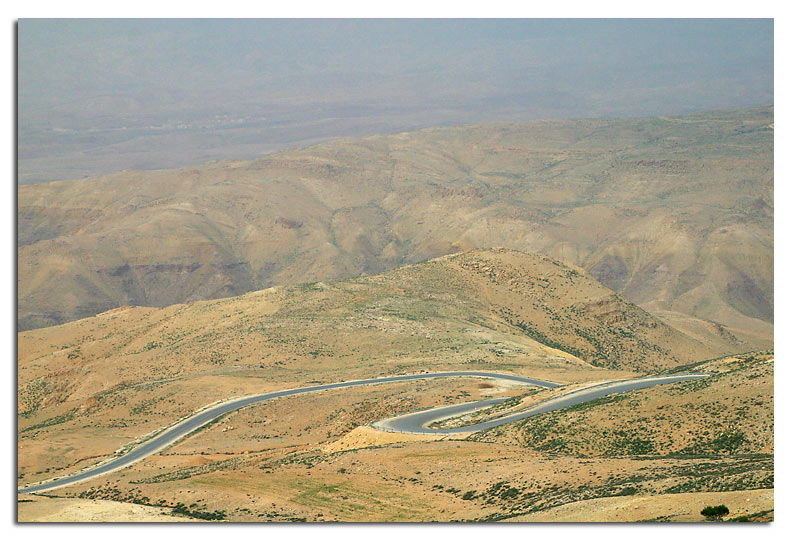 I retreated to Madaba, a smaller, quieter farming town near Mount Nebo. I found a decent place to stay, and ate like a king at an outstanding restaurant. But that was not the highlight of my day. I swam in the Dead Sea! From the top of Mount Nebo there is a wonderful, windy road that descends from 2600 feet above sea level to 1371 feet below, at the shores of the Dead Sea. (Passing through two military checkpoints on the way) Since I have wanted to swim here since I was a small child, I splurged and paid about 15 bucks to go to one of the Uber-chic resorts. Swank stuff, rendered a bit James Bond by the full bomb sniff of the car before I was let into the gates and full security check before you could enter the hotel lobby. I passed the bored looking Europeans at the swimming pool(s), was given a towel, and proceeded to the shore. It really is a wonderful experience. You bob around just like a cork. All you can do is lie there and grin. It is simply that joy making. I paddled around until sunset, showered and set off back up Mount Nebo, pausing to photograph in the wonderful late afternoon light. At 1300 feet below sea level, there is so much atmosphere above you that the light seems like a tangible thing, a gauzy curtain that you could move aside if you wanted to. 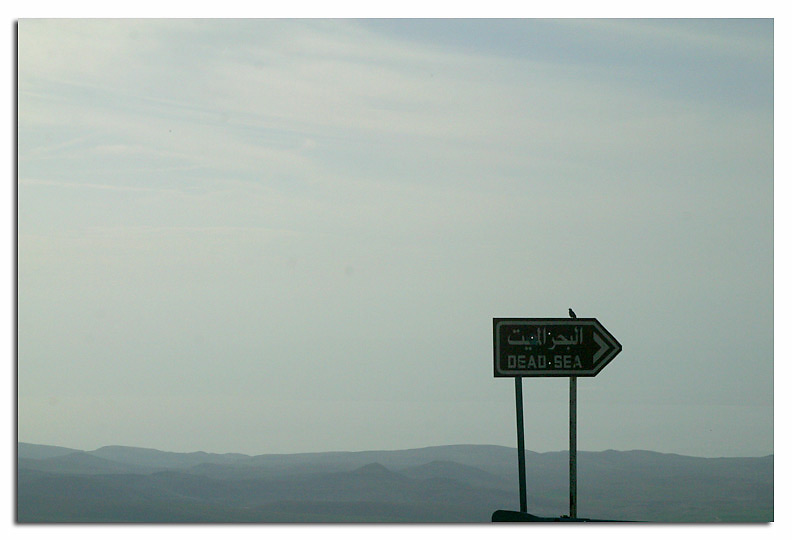 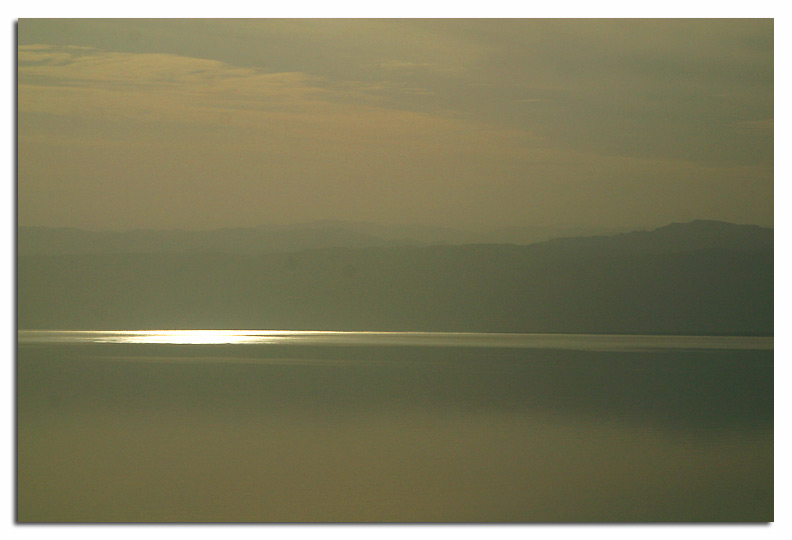 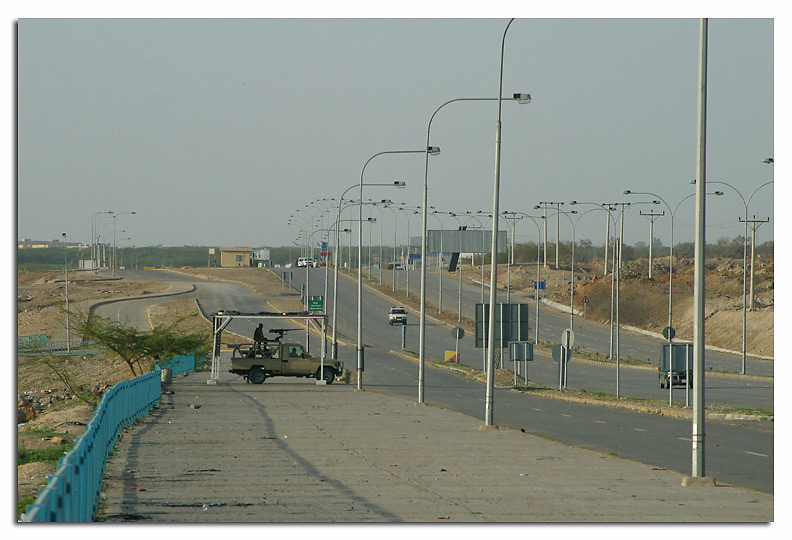 Those guys track you through the checkpoints with the heavy. There but for the grace of him not sneezing you go. Nerve wracking stuff. 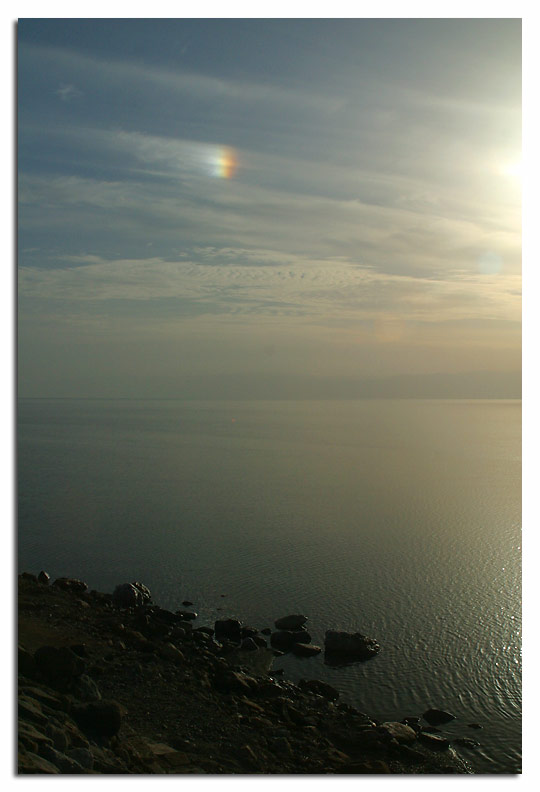 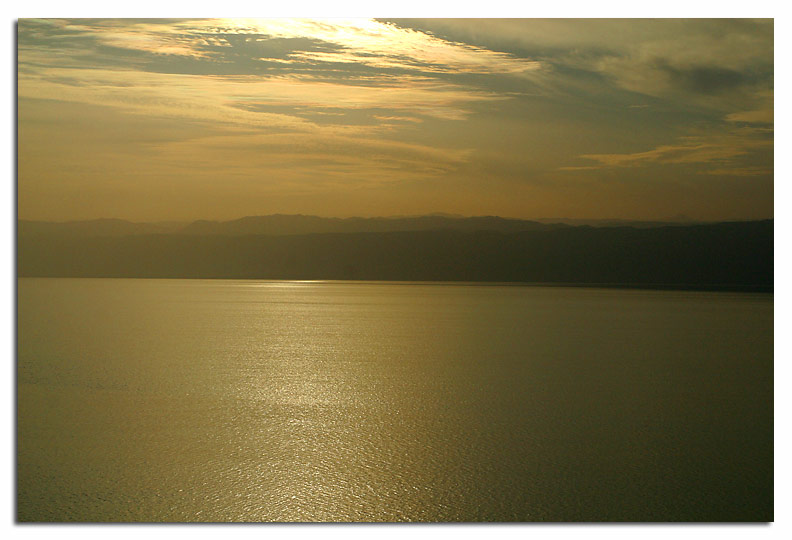 Israel and the West Bank, from the east. 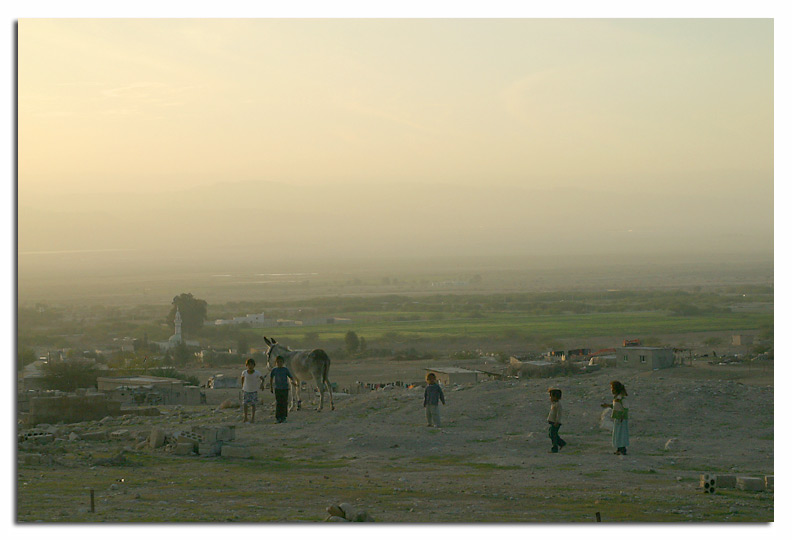 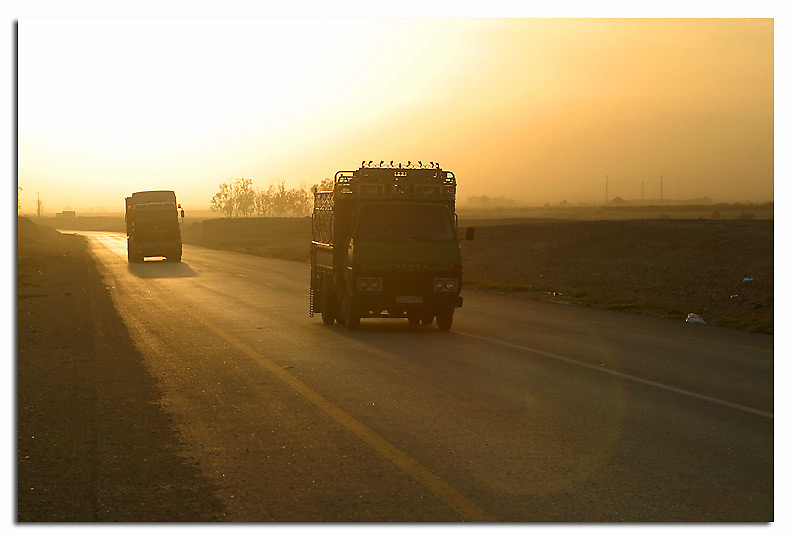 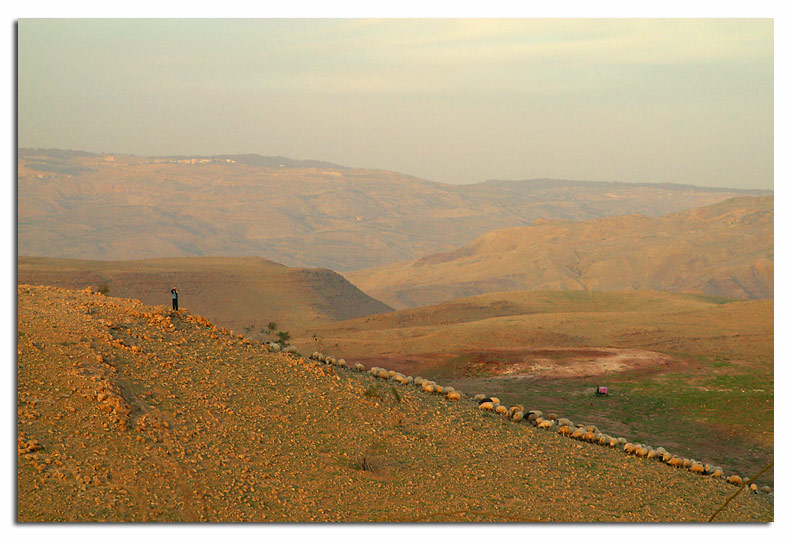