So here I am. Syria. This was the place that everyone thought I was crazy for visiting. (Which, of course, made it all the more appealing...)  When I was talking about my upcoming trip, people could understand Turkey, Jordan was tolerable, but Syria always raised eyebrows.

I arrived in Hama without incident. I spent my time on the bus ride down from Aleppo trying to understand the videos of Syrian television that were playing on board.  Lots of music videos interspersed with some truly bizarre stuff.

Despite, or perhaps because of my long day of travel, I arrived in Hama keen eyed and eager to get out and explore the town.  After chatting with the proprietor of my hotel and arranging for a driver for the next few days, I stepped out into the night. 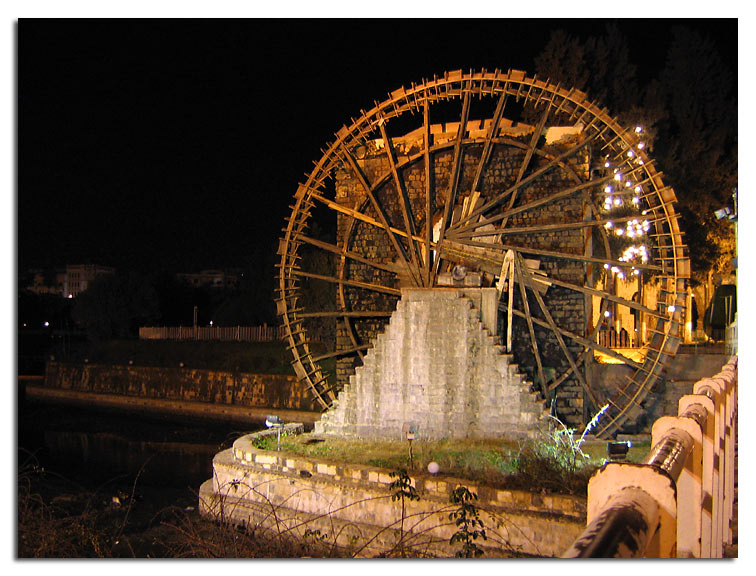 Hama is a pleasant town. The Orontes River flows right through the city center, and amidst the parks and promenades are a variety of norias, or waterwheels. These date from the 1300s and were put in to scoop water up into aqueducts in order to supply water to various parts of town. Regrettably, the Orontes was too low to turn them when I was there. The mournful groaning of the waterwheels is legendary through this region. However despite their inactivity, they lent a charming, old world feel to the town center.  (Old World, indeed, as Hama is one of the oldest cities in the world, with excavations revealing continued human occupation here since 6000 b.c.) Some of the parks and newer buildings are mute testament to the Hama Massacre of 1982, wherein the Syrian government bombed the town center to quell a revolt by the Muslim Brotherhood. Though these scars, both physical and emotional, no doubt continue to take their toll, the town has an affable vibrancy that always beckoned me out into its streets.

From a geographic standpoint (Hmmm, aren't all standpoints geographic?..nevermind) it presented a nice central location from which I could explore various sides of Syria. It was painful, deciding which things I would and would not see. I opted not to visit the Mediterranean coast.  I wrung my hands and anguished over the fact  that I just couldn't work in a visit to Qalaat Semaan, the hang out of the early Christian, pole sitting, ascetic St Simeon.  Regrets, regrets.

As it stood I was poised to see a lot of really amazing things though. What follows is an account of visits to Palmyra, Apmea, the Assassin Castle at Misyaf, the Crac des Chevaliers, and a few days in Damascus.

First things first though, I was hard set for dinner and found a restaurant that served up some of the best barbecued chicken I've ever had. I sat and ate and decompressed in a cafe filled with a mixture of  low murmurings of conversation and gurgling nargilehs. 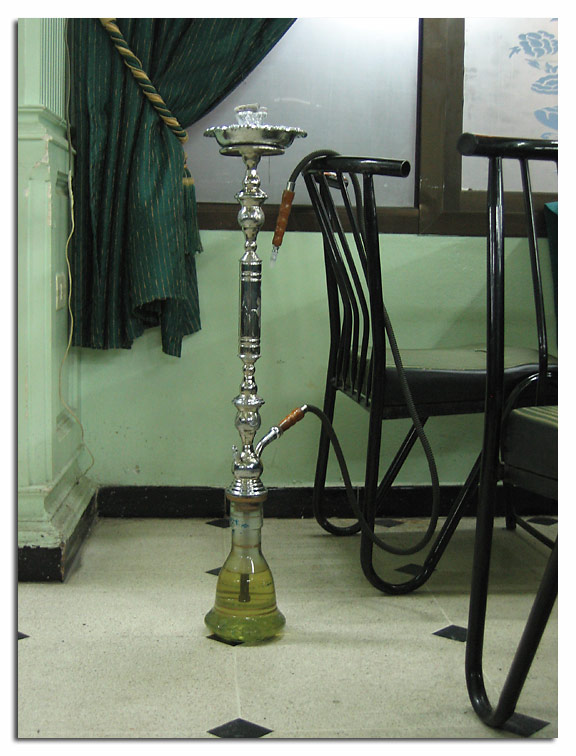 The next morning I woke up late. My driver was waiting, having arrived at my hotel precisely at 6:30 a.m. I ate a quick breakfast and we headed out of the bustle of Hama. Abdul had an immaculate little yellow taxi, and he was an immaculate little man. He was a gentle soul; charming, pleasant company with an agreeable laugh that seemed to make up for a lot of the language barrier between us. He was proud of his country, and pleased that an American had chosen to come see Syria, to see Hama, and was riding in his car.  He pointed out the various sights along the way, and was keen to instill in me a knowledge base of Syrian agriculture. He would slow down the car next to a vast orchard of dormant trees. "Pistachio! Syria number 4 in world for pistachio. But...now they sleep." And he was always happy to oblige when I bade him to stop so I could take pictures.

Our travels fell into a distinct pattern. Whenever we would arrive at a particular sight, he would drop me off, give me some pointers and and indicate the cafe that I would find him in after I had my fill. Invariably he would be there, taking his ease, conversing with the locals and having at the nargileh, the hubble bubble, the waterpipe. 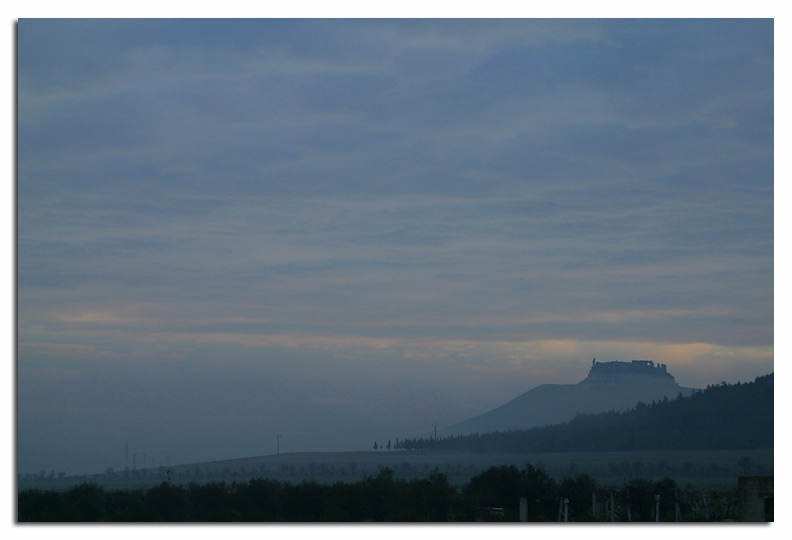 And so we went, past remnants of ancient castles (above is Qala'at Shmiemis) and on into the increasingly arid desert of the east, towards the Iraqi frontier.  As we crossed over the Jebel  Rashid the lushness of the Orontes Valley gave way to Bedoiuin sheep camps (Monsieur Abdul offered narrative insight into the sheep market, Bedouin customs, lifestyle...) The town of Homs (or Hims...transliteration of Arabic always seems to yield several results), a little ways to the south of Hama is at the main crossroads of Syria, where the north south highway linking Aleppo and Damascus meets the east west highway that links the Mediterranean coast with Iraq and points beyond. We cut cross grained towards Palmyra, staying mainly on secondary and tertiary roads, as well as a fair helping of quaternary, quinary, senary and even septenary roads.  A smooth section of road that allowed us to get into 5th gear was a rarity, so we had a little ceremony whenever it happened, with Abdul looking at me significantly, then elaborately moving the shift lever through its motions and sighing as the engine settled down into lower r.p.m.s 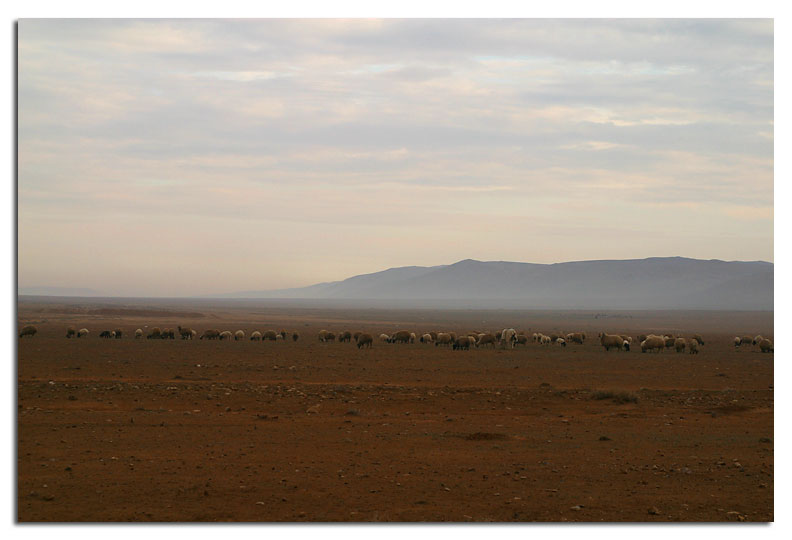 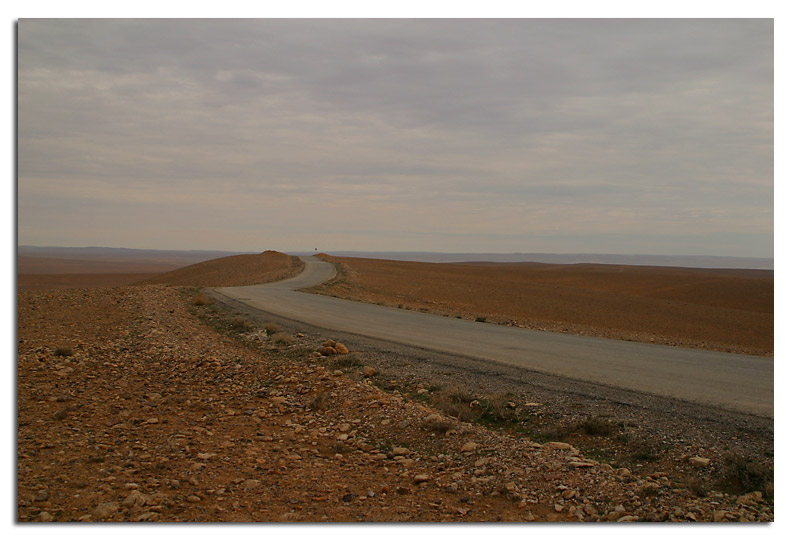 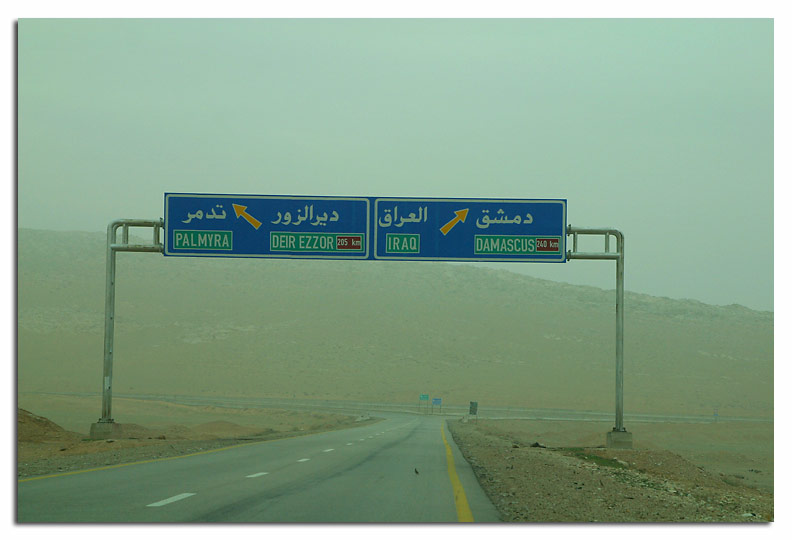