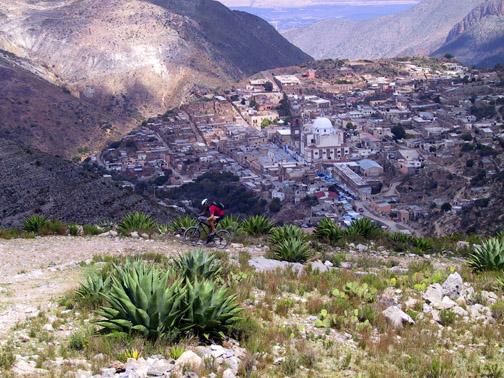 This is perhaps one of the best views of town. It shows how improbable, and typically Mexican, the location is. The town is ladled onto a precipitous hillside among high peaks. It really is just like that. You should go there. 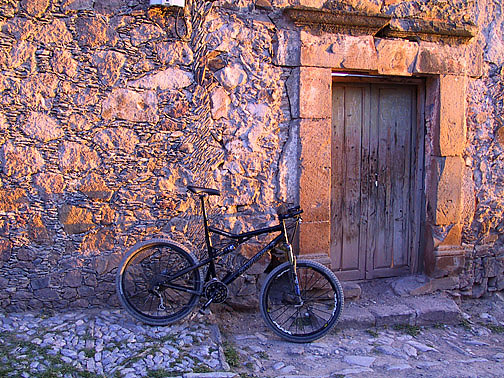 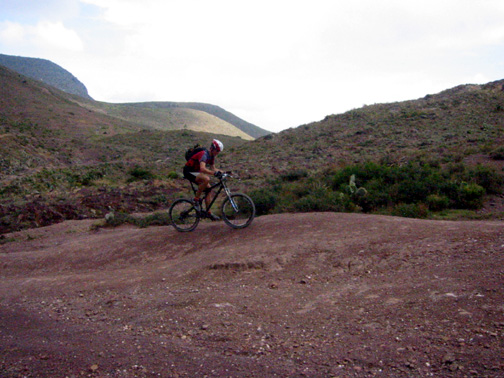 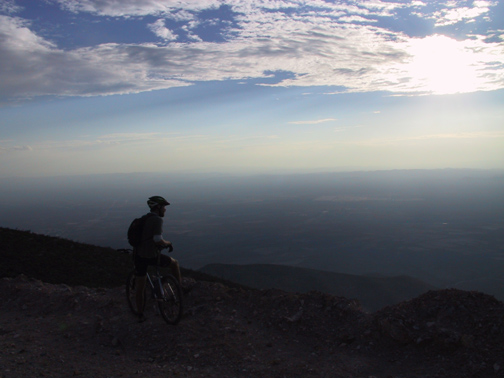 West of town, over the Wirikuta. 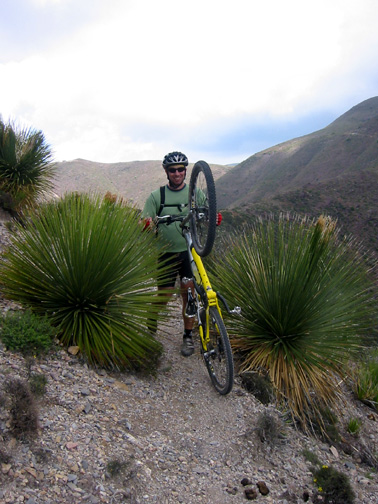 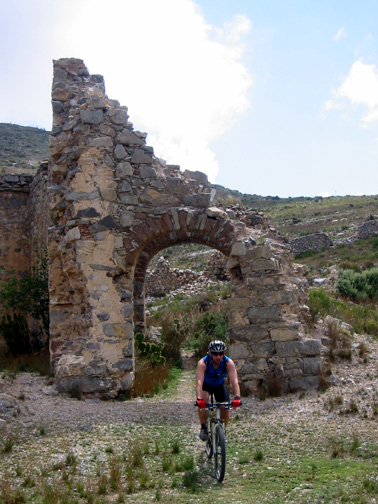 At the ruins of the Fantasma mine. Just east of town, and a thousand feet higher. It is work getting up here, but the ruins are extensive and well worth exploring. 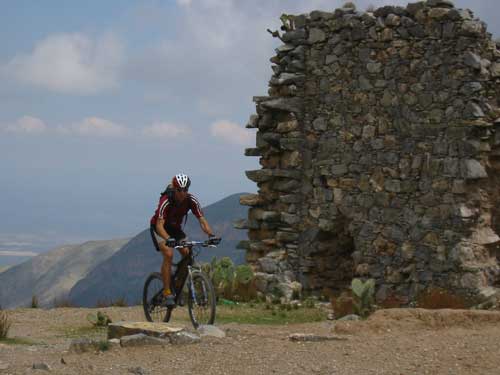 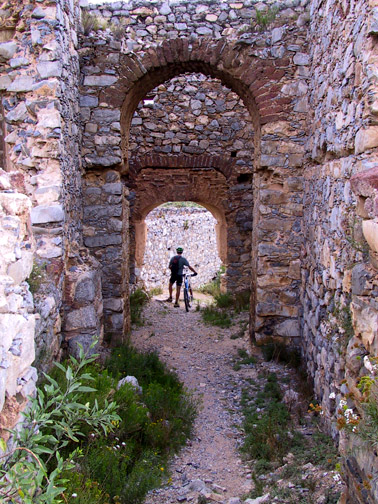 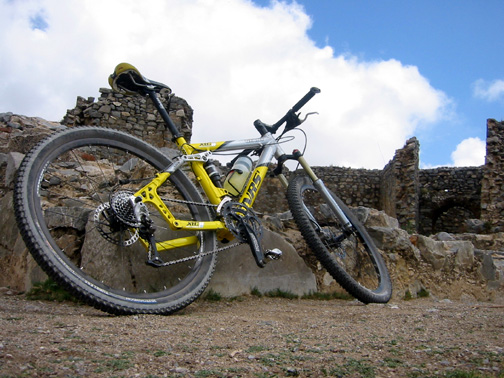 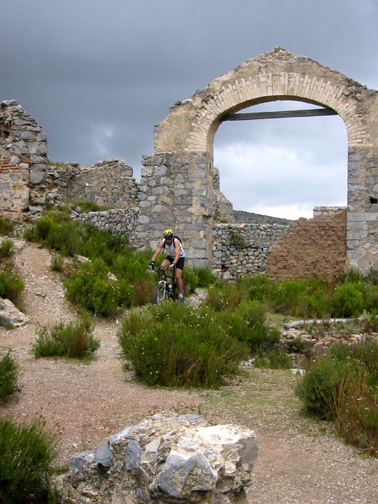 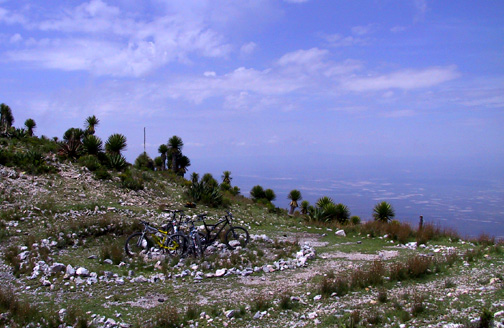 Atop Quemada, the burning mountain. The bikes are in a Huichol circle. In early June Real de Catorce and the sacred lands of Wirikuta in the valley below are a destination for the Huichol natives. They arrive from all over the country, accompanied by various hangers on and pretenders, to harvest peyote in the region. Real de Catorce is a place of pilgrimage. For some it is the allure of the sacred images of St. Francis of Assisi. For the Huichol, or Wixarrica, it is the cult of peyote or hikuri as it is know in the native tongue. 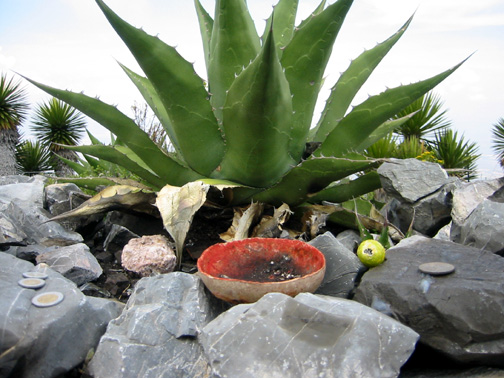 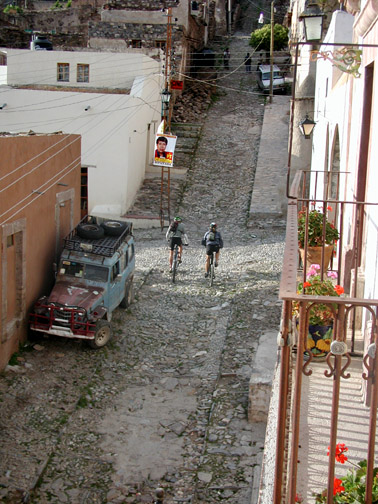 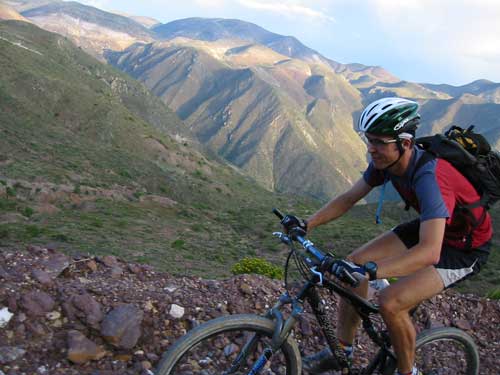 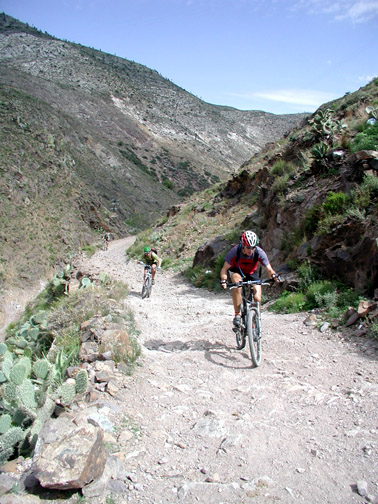 In Real it eventually comes to this, hard climbing at altitude.. 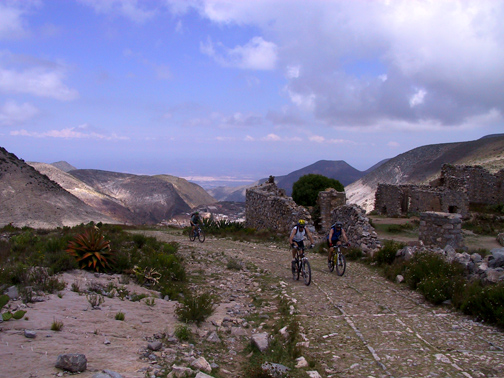 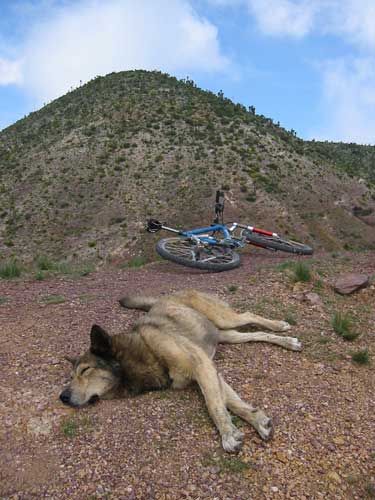 Everyone sleeps in the desert. 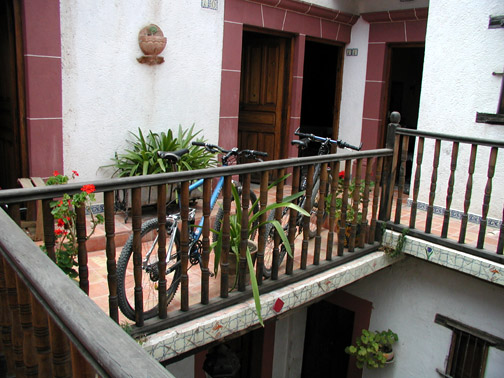 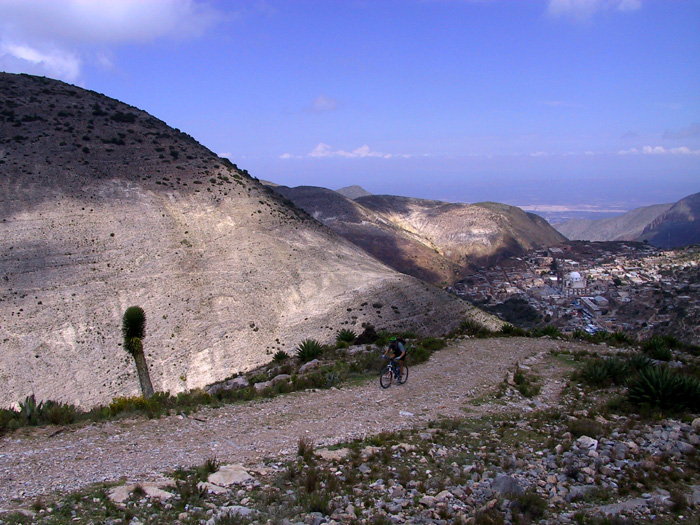