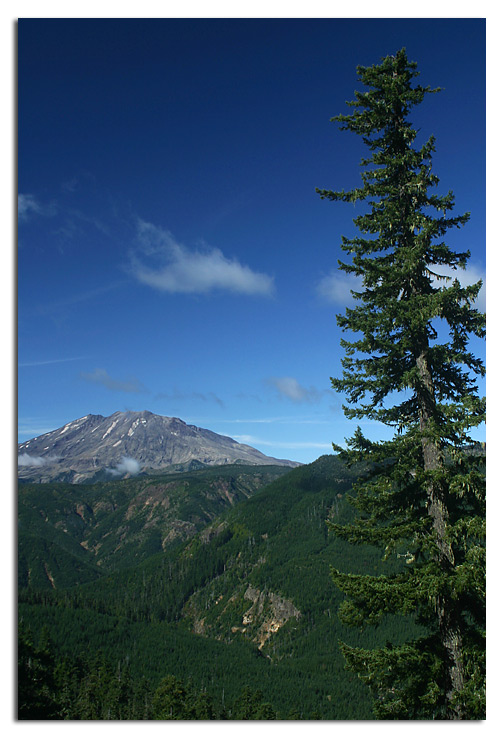 On May 18 1980, after a series of perturbations, Mount Saint Helens erupted in a spectacular display. After bulging outward, an earthquake triggered a collapse. The north face of the mountain subsided into a massive rockslide, which then released pressure inside the mountain. The resulting volcanic blast reached speeds of over 3oo miles an hour and affected 230 square miles of area.

Undaunted by this violent legacy, we deemed it a good idea to go ride our bikes on the flanks of this troublesome mountain. 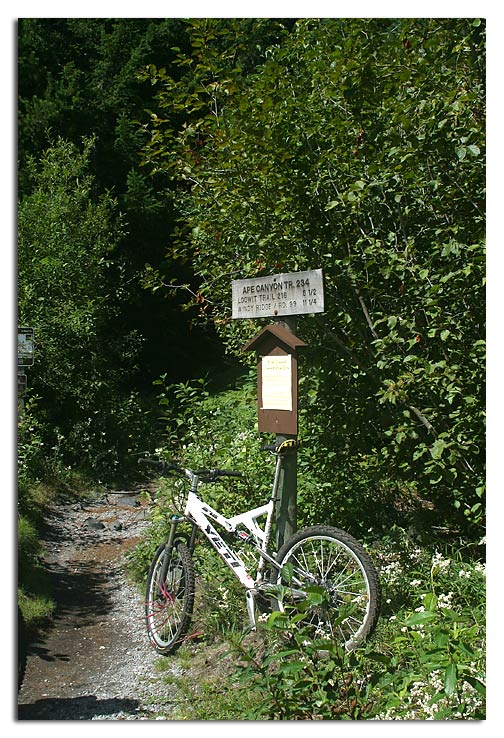 Destination, Ape Canyon trail, which leads up to the Plains of Abraham. The ride starts up a densely forested ridgeline, which was somehow spared from the deleterious effects of the volcano. 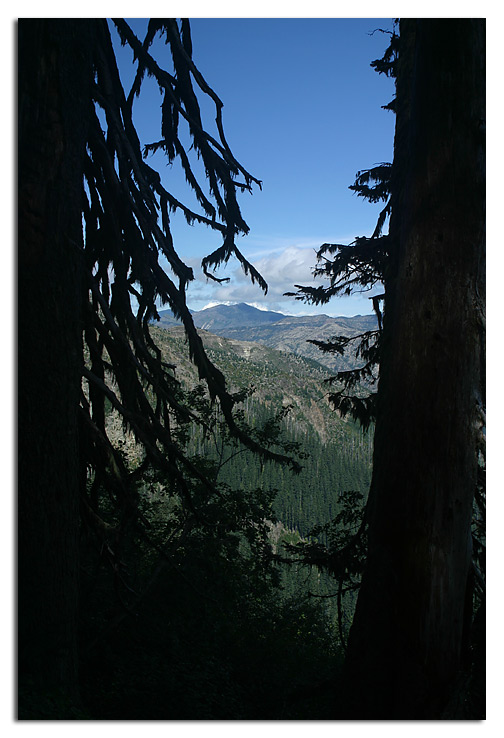 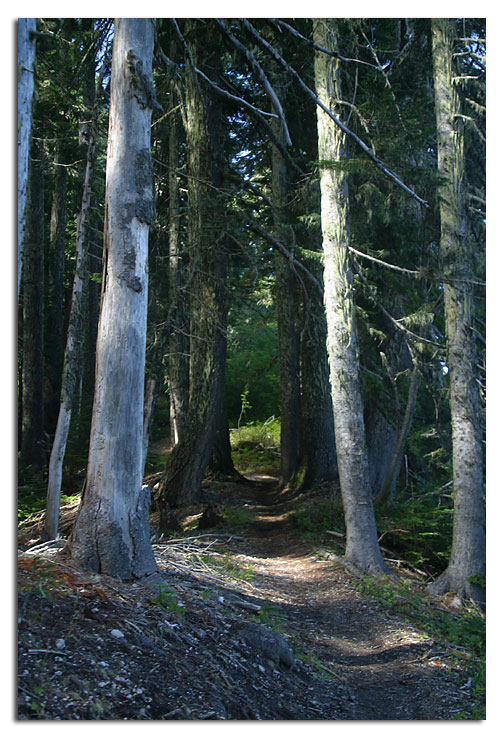 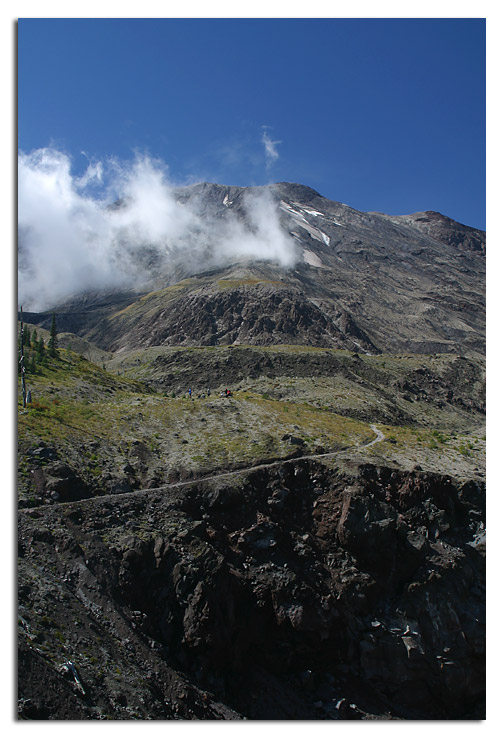 And after riding through the forest, you suddenly are there, in the volcanic zone. 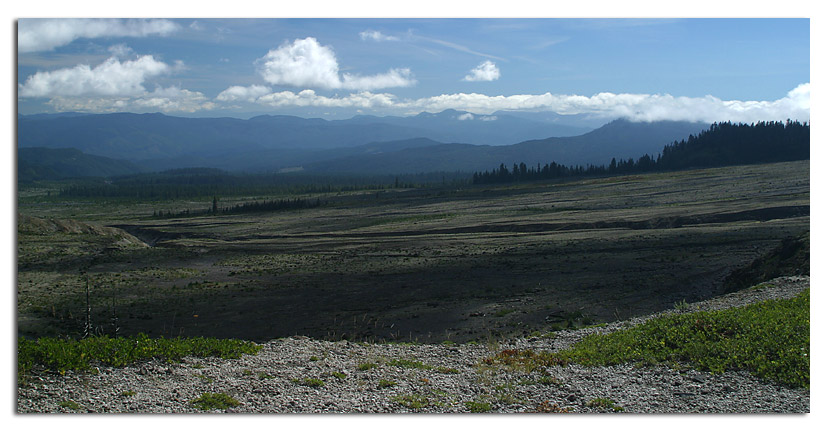 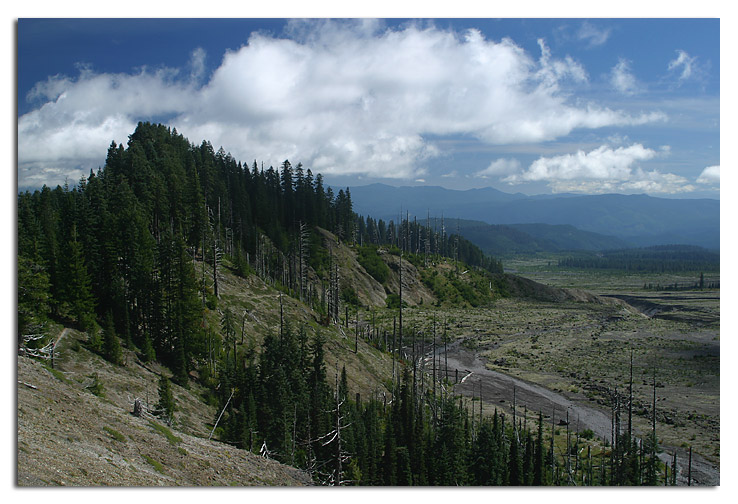 This is a view back down the ridgeline that the trail ascends.