Time to head west again. I loaded up the circus wagon and pointed it towards Utah. We had a little layover along the west fork of the Dolores to check in on the folks there. 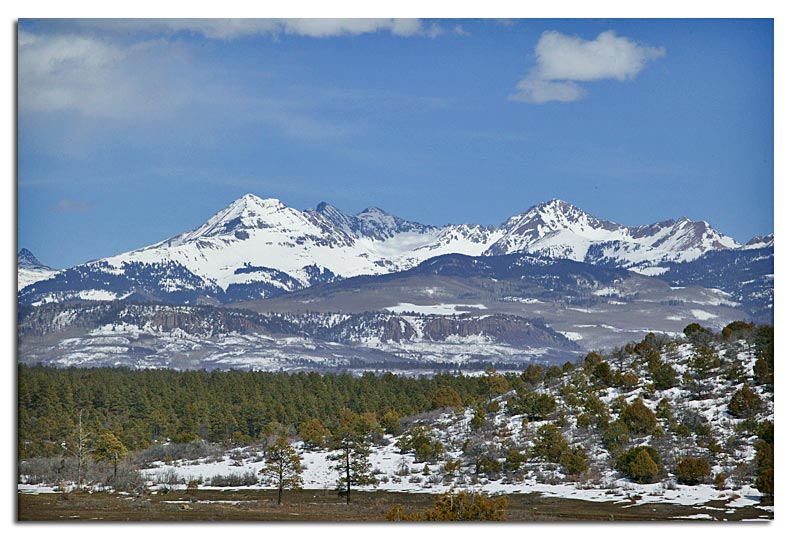 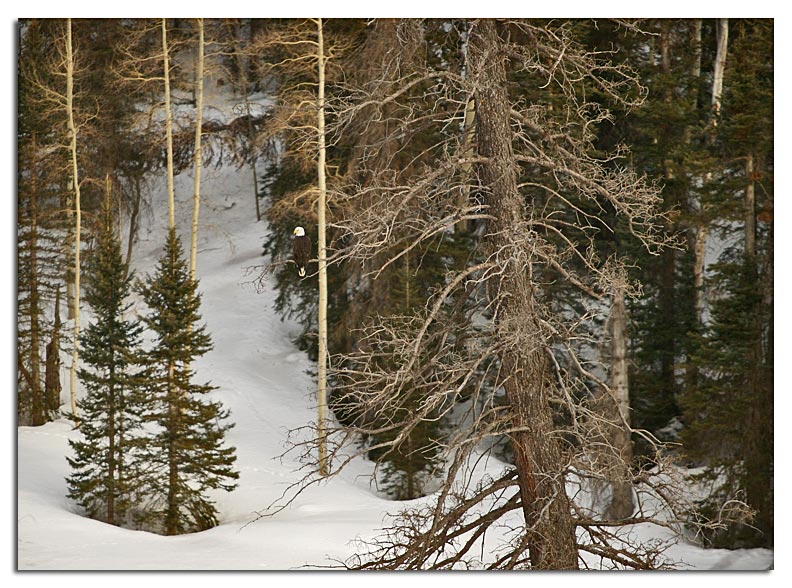 Paradise Hot Springs are at about the perfect temps, the eagles are keeping an eye on things and Billy was headed to Arizona. I told him to take his guns to town, its crazy down there. Crazy. ;)
I pulled off a nice little two fer. a day that started with sledding: 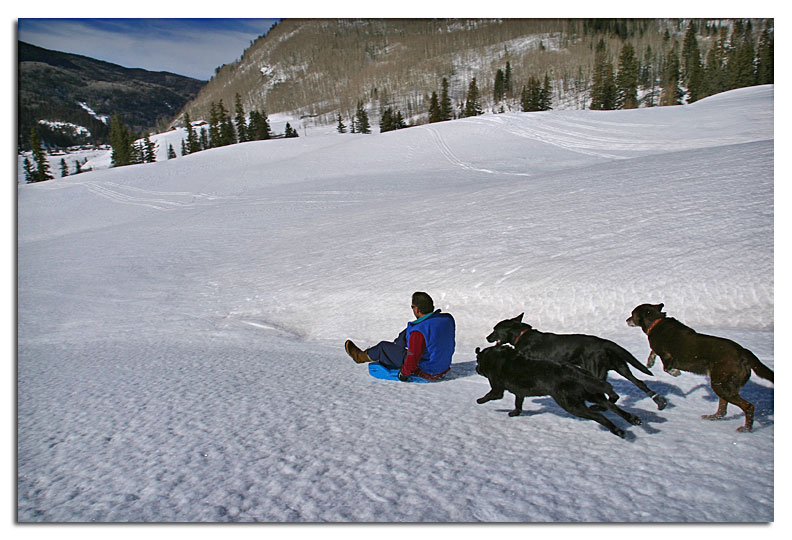 ...and continued into mountain biking. 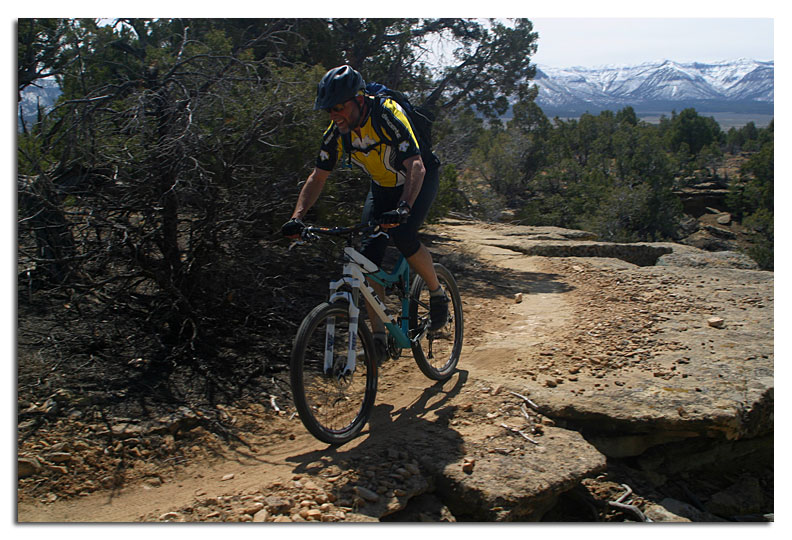 And people think us folks in Colorado are still hunkered deep in our fusty caves, wrapped in hides, grunting and poking at the low guttering fire as the blizzard rages outside.
Phils world, a wonderful li'l trail just outside of Cortez. 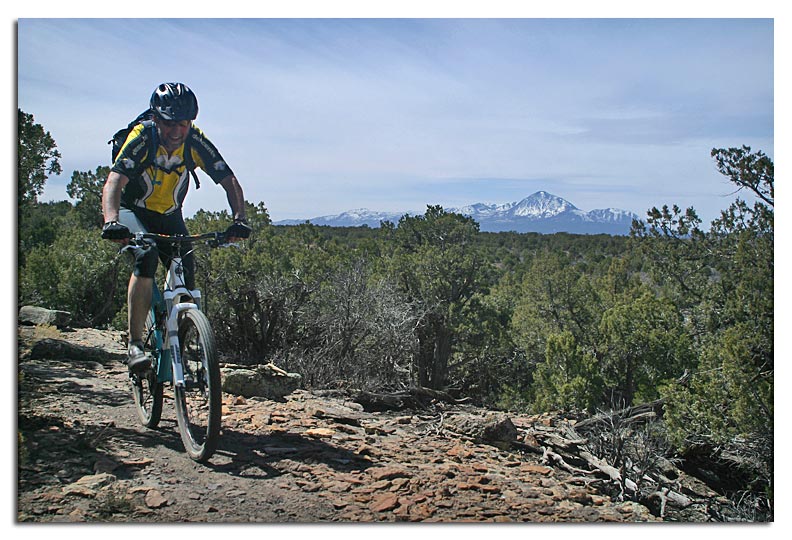 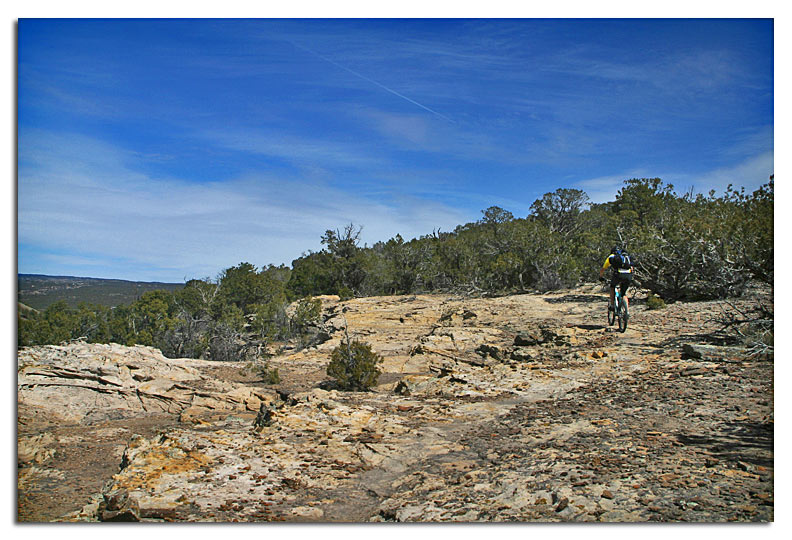 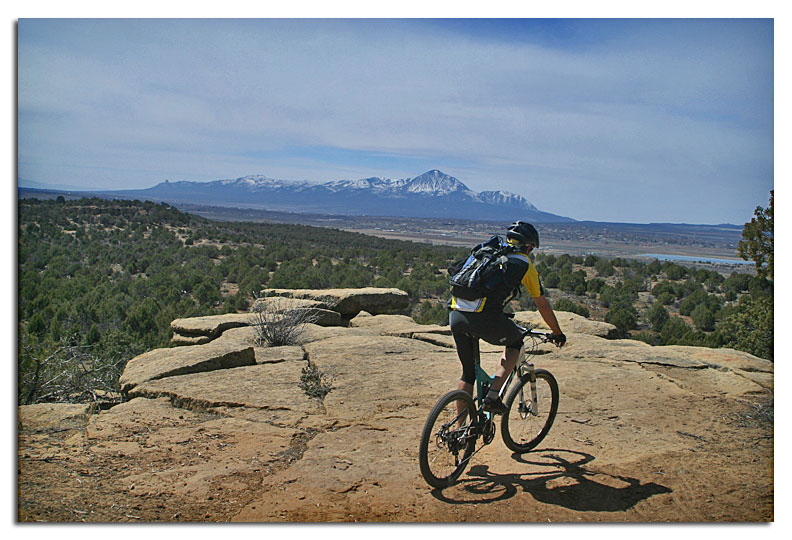 Good 'n' flowy singletrack with all sorts of great views of the Ute and that ol' Green Mesa. 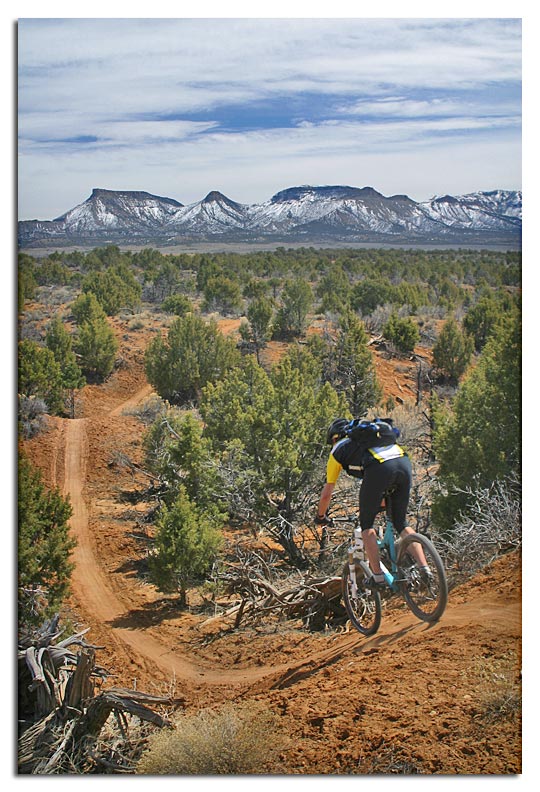 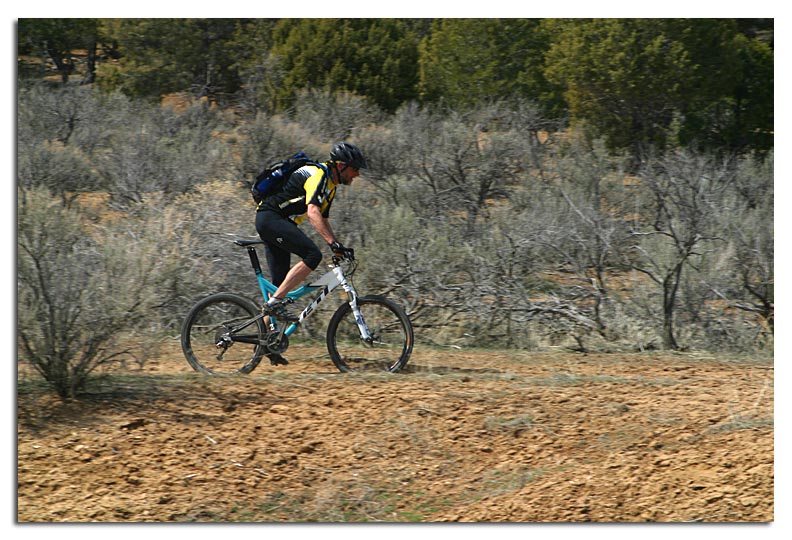 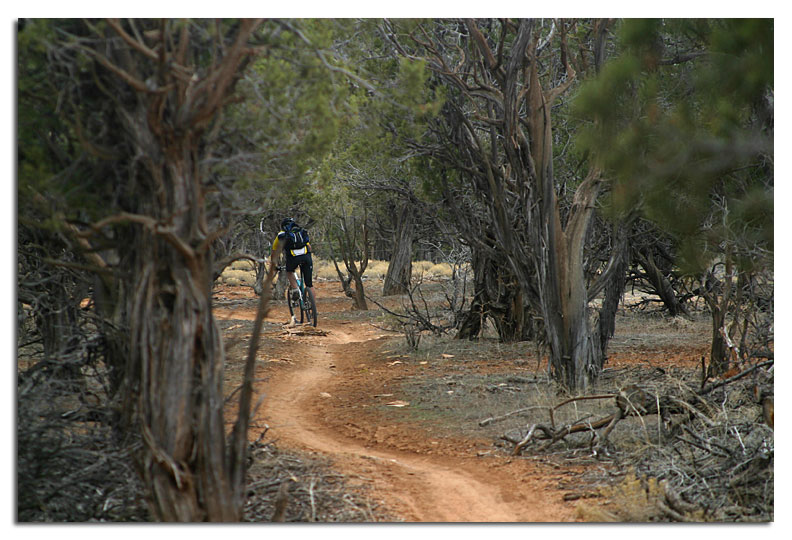 I bade farewell for now to this wonderful corner of the state and continued my peregrinations. I busted out early and met up with a rag-tag crew in Moab for a little PR action.
There were all sorts of big, burly downhill bikes in our group. I pretty much just stayed out of the way. For the most part I kept the camera stashed. I did, however, take the following standard issue picture: 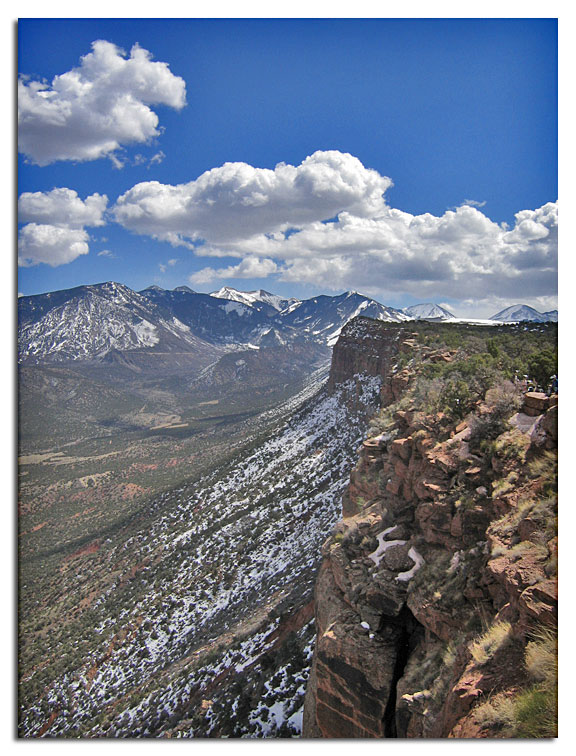 Yes, the LaSals are still there. 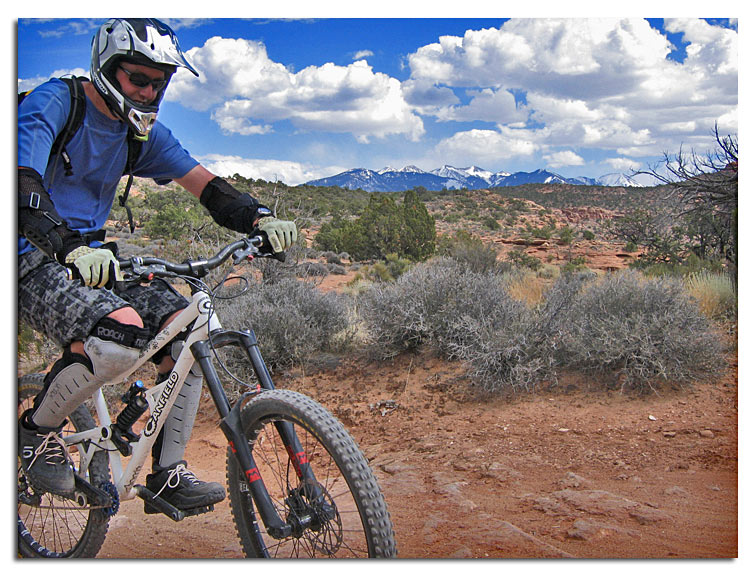 It was a fantastic ride. Only a few of us fully understood the importance of proper shuttle set-up. With just a little forethought, it is possible to finish the ride with a cold beer at the end of the trail, neatly slicing out that whole death-slog along 128 back into town.
We post rided. And Grendel and I pulled up stakes and continued down that dusty trail. destination Gooseberry, but it seemed prudent to poke a nose into...