Indulge me just a little bit more. This was the journey home from Gooseberry.
The last night there we had a campfire down by the river in Springdale. A whalloping good time was had by all. Grendel had so much fun all week that he ended up standing next to me with his head in my lap, fast asleep. Standing, I say. We woke up bright eyed and bushy tailed and headed back into Zion for a little bit more of that goodness. (Actually we woke up early and played ball and frisbee and ball and ball and then Grendel hunkered down for some more sleeping in the back of the truck while I went into Zion.)

Craig Childs raised a good point. He says there are two easy ways to die in the desert: thirst and drowning. It is all about water. And a desert is defined by a lack of water, or to be more specific, an environment that loses more water than it receives. The mistake would be to think that there isn't any there. If you know where to look, there can be plenty. The junction of the porous Navajo sandstone with the less porous Kayenta Sandstone often houses lush hanging gardens where the water meets the impermeable lower layer and seeps out after thousands of years filtering down through the upper layers. 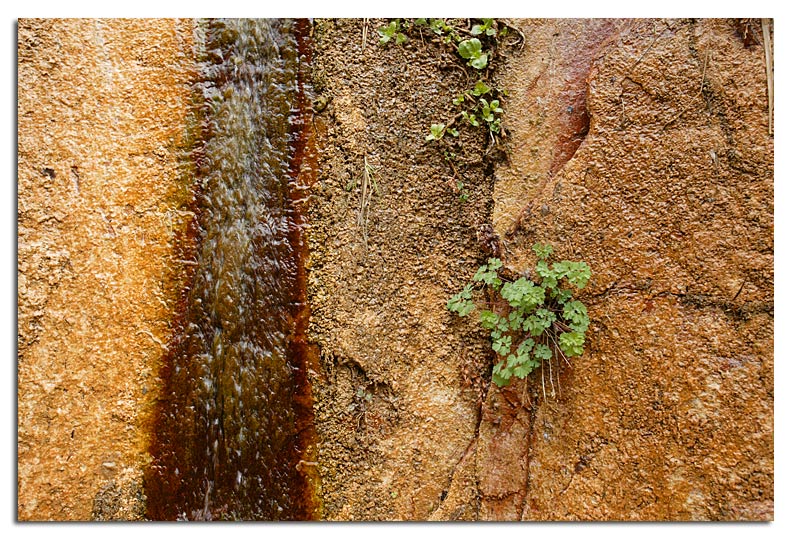 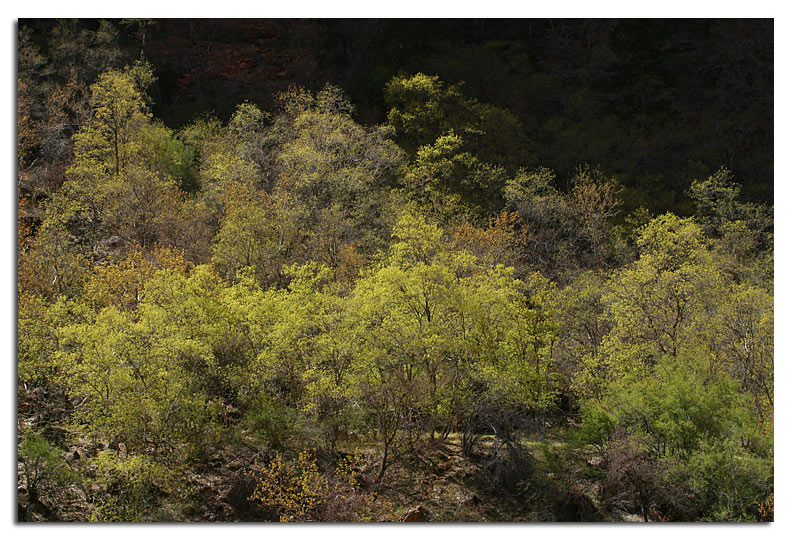 The delicate pointillism of spring in the desert.

I reunited with the dog and we headed out up towards Moab, and arrived without incident.
The next day we cranked out a few demos, then I had a fine little ride up Amasa and into points beyond. I got good and out there. Cliffed out a few times, found some big exposure and sat and thought about almost exactly nothing for quite some time.
Grendel and I had another fine reunion an' I told him again about how he is the best dog in the world and how i sure did miss him and we threw the ball a bit too. We then drove up into Canyonlands, up, up, up onto the Island in the Sky. 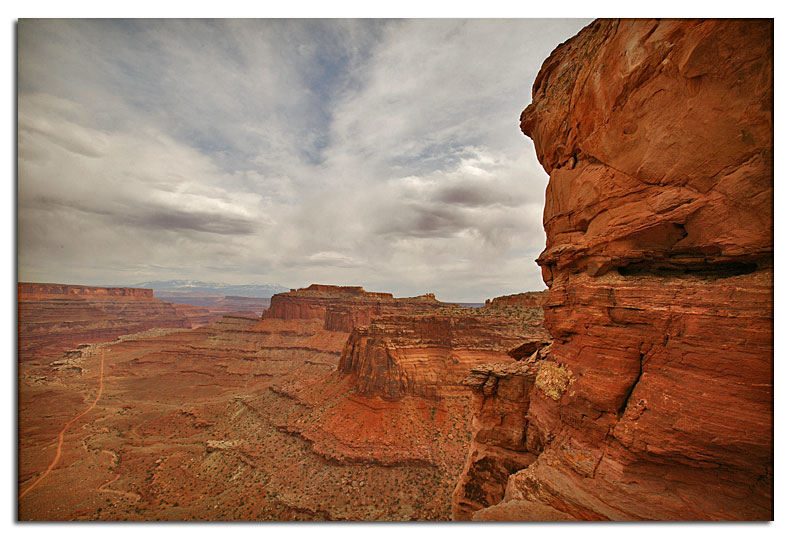 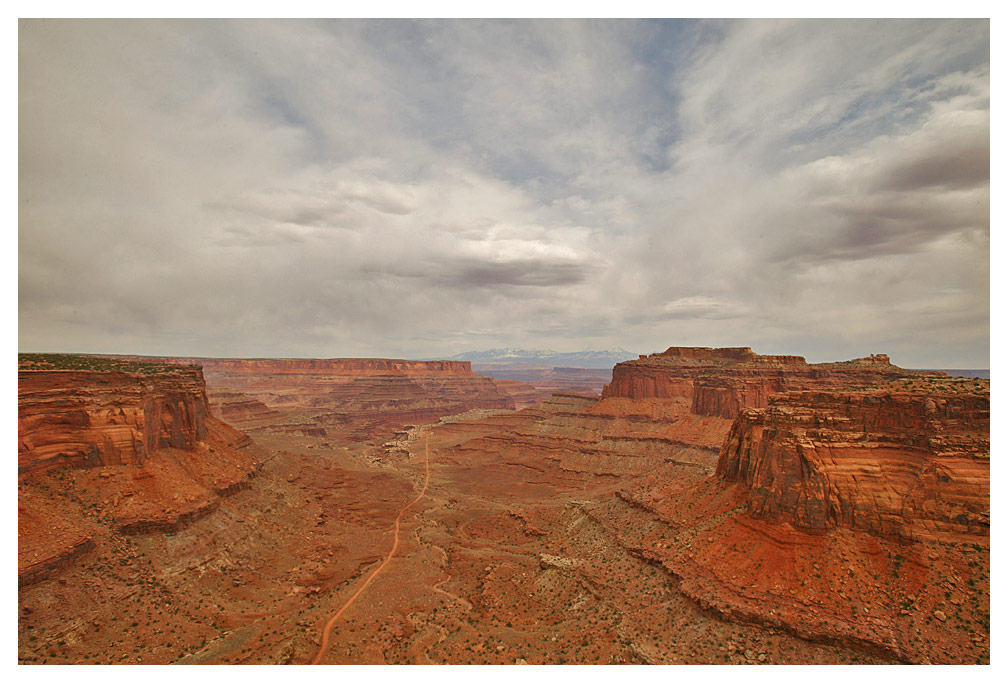 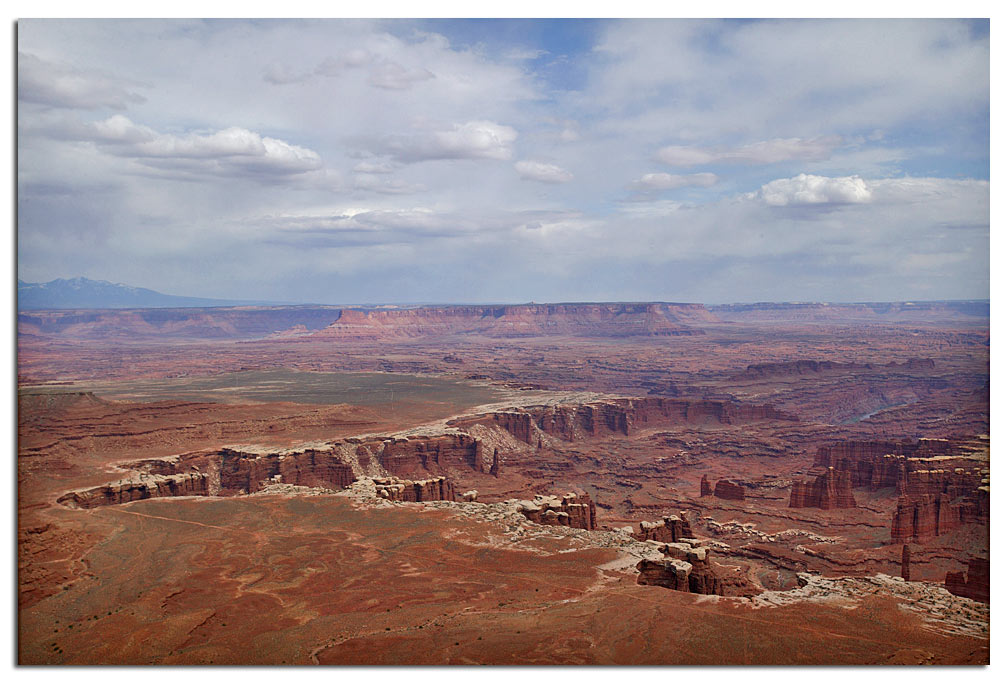 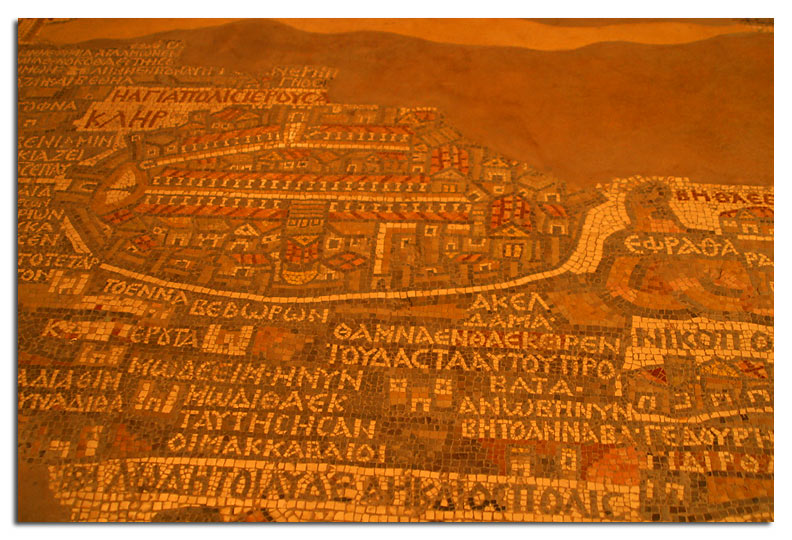 This is an interesting map for a lot of reasons, not the least of which being that it is the oldest existing map of the holy lands. But I think of it in this context because a lot of my world is encompassed in these views from this sandstone world in the middle of Utah. The landmarks and terrain features seen from here have been a part of my world view since before I can remember. From here you can see the LaSals, the Abajos, the Henrys. You can look around you at distant landmarks and define your place in the world by them. 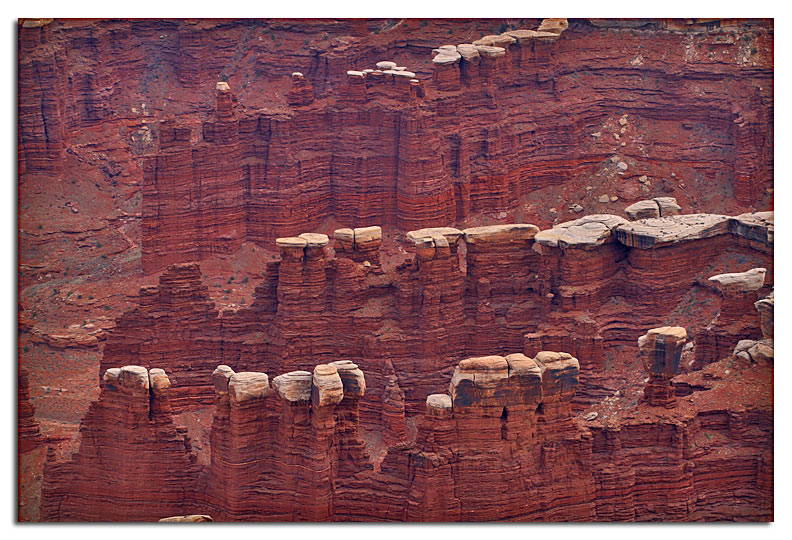