The problem, I think, is that the Truck and Trailer didn't match. Due to last minute mechanical issues, I had to grab the race truck and tow the demo box down to New Mexico, which necessitated a complex set of algorithms involving getting the demo truck to Crested Butte and the race truck to Deer Valley the following weekend. But that was all safely tucked away in the future. For now I had some snuffling around to do in Taos, followed by a series of three demos, Albuquerque, Santa Fe and Durango. I missed my usual truck, and moreover, due to no camper shell, Grendel was unable to attend this leg of the journey. It felt odd being out on the road without him.

After some errand running and some stuff that seemed suspiciously like work, I suited up for a ride. I should have done SBT again, forgoing the shuttle and doing an out and back, but there is this trail on the maps that has always piqued my curiosity. You know how curiosity is though. Cats and all, yes, but Merriwether Lewis put it well in his first encounters with the Grizzly Bear. The expedition had heard of these fearsome creatures from the Hidatsa tribe, and were eager to see one. After being variously chased around and putting 12 slugs into a 9 foot tall bear, Lewis, with his usual penchant for understatement, said, "I find that the curiosity of our party is pretty well satisfied with respect to this animal."

So off I went, up the trail, planning on about a 2 hour ride. And things started out quite well. Irises held forth in sunny meadows, temperatures were perfect, life, was, for the moment, good.
I crossed through a gate up in a meadow at about 10,000 feet and followed the trail along into the woods opposite. The trail was a little faint... 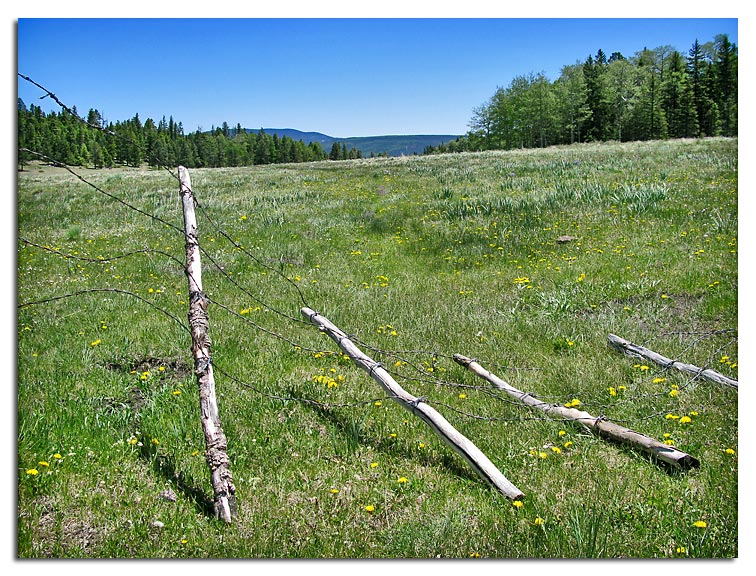 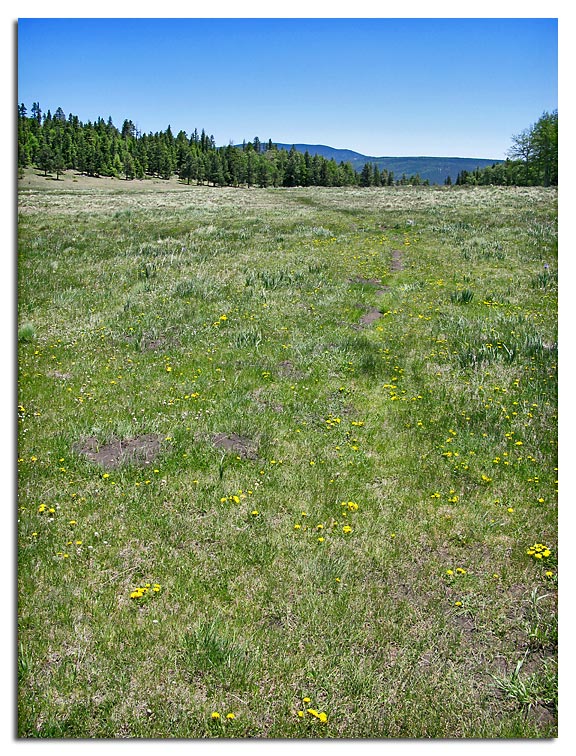 The aspens were lovely up there. Huge stands with voluminous green leaves dancing in the breezes. 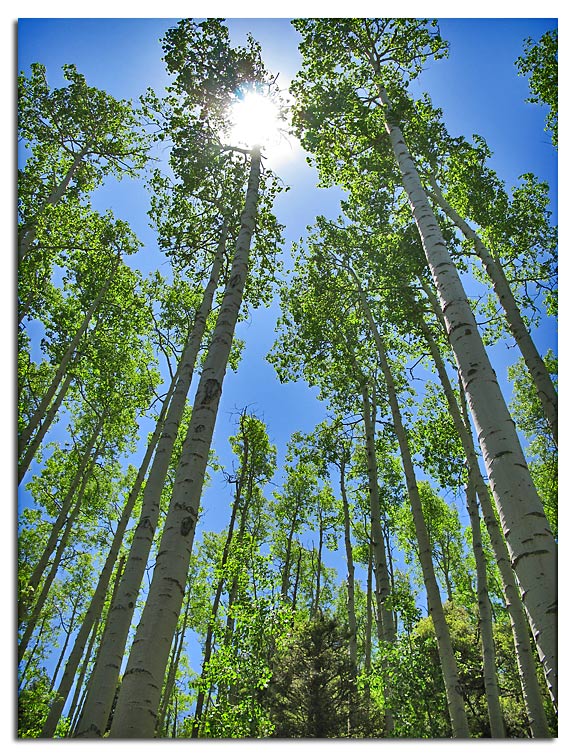 And the views were pretty good too. 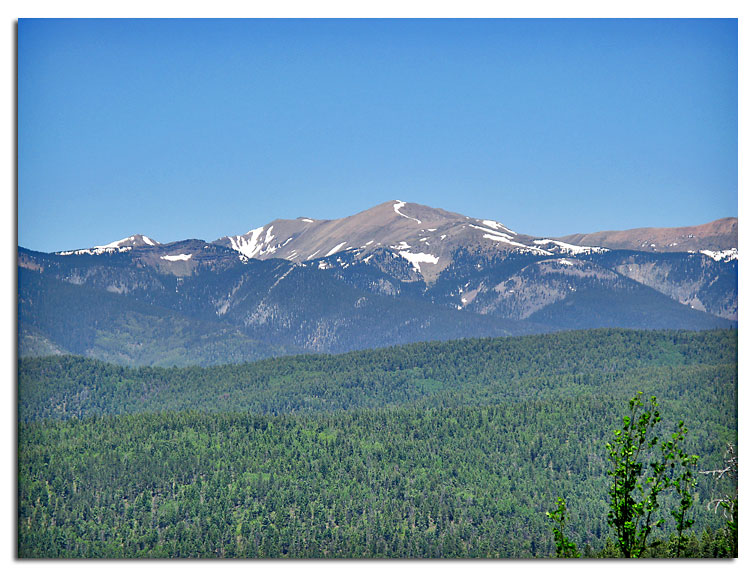 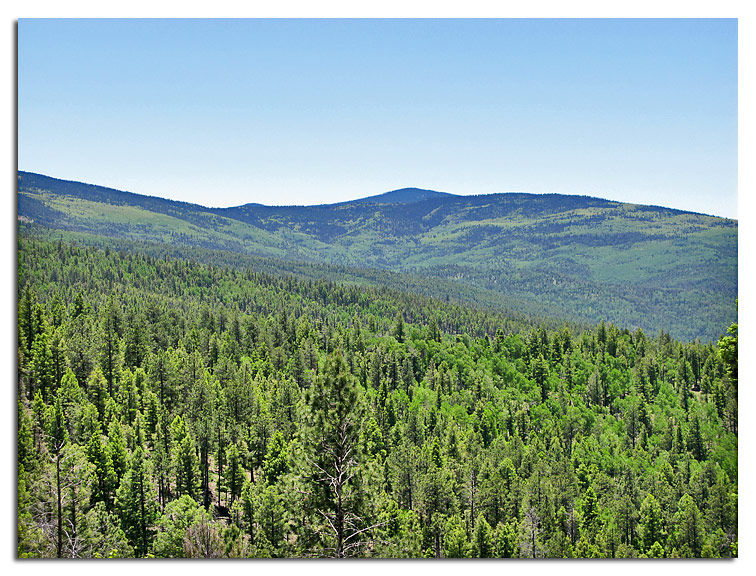 But unfortunately the trail, marked on my map by an encouraging bold yellow line, refused to remain consistently visible, and I kept getting sidetracked by the morass of ATV tracks that crisscrossed the singletrack. Maddeningly, they all seemed to turn into steep, loose, rocky descents that dead ended into private property gates. Occasionally, I would pick up the trail again only to lose track of it again within a hundred yards or so. Sometimes there would actually be trail signs, but they would be forlorn little things out in meadows that had arrows that pointed up towards the sky. 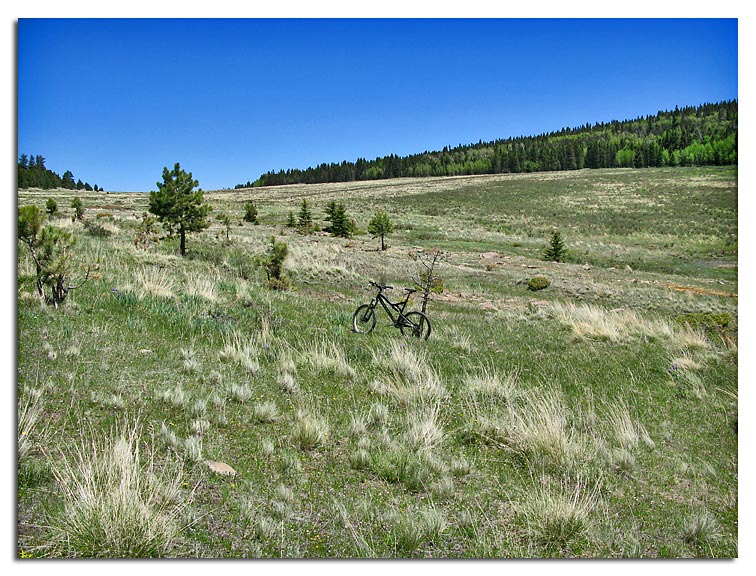 Finally, 4 hours later, after ending up on (approximately) 8 billion different ATV trails, I cursed the trail and Elliot Barker and anyone that had to do with thinking that this trail was at all valid.
Karma was unusually instantaneous and Mother Nature immediately rewarded me for my little outburst but reaching out with a branch and putting a foot long scratch in my arm as i passed by a stand of pine trees.
I calmed down in short order and quit trying to find the trail and crossed overland back in the general direction of the truck. With little fanfare I made my way back and had a cold beverage next to the little creek by the trailhead. Needless to say, my curiosity with respect to the Elliot Barker Trail had been pretty well satisfied. 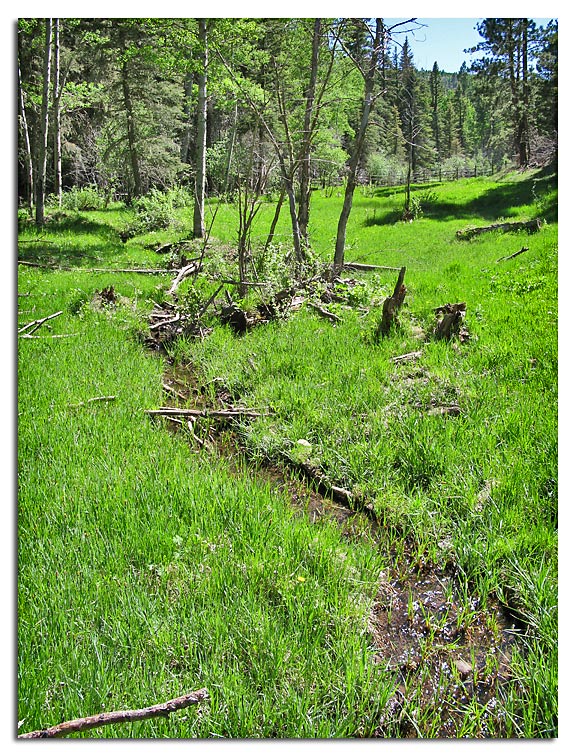 I consoled myself with a hike, up a drainage to the south of Taos that I had wanted to explore for a while. The Rio de la Olla, or in the less exotic english translation, Pot Creek. I made my peace with things through the aegis of quiet appreciation of a gorgeous June evening. 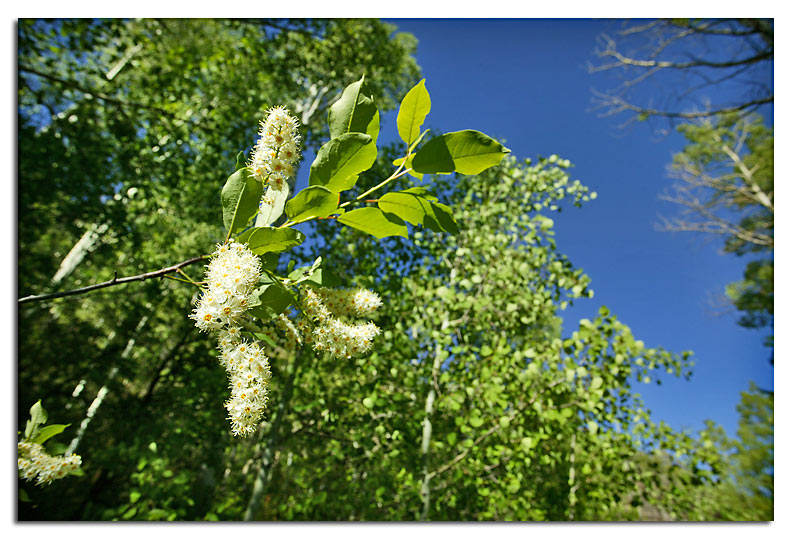 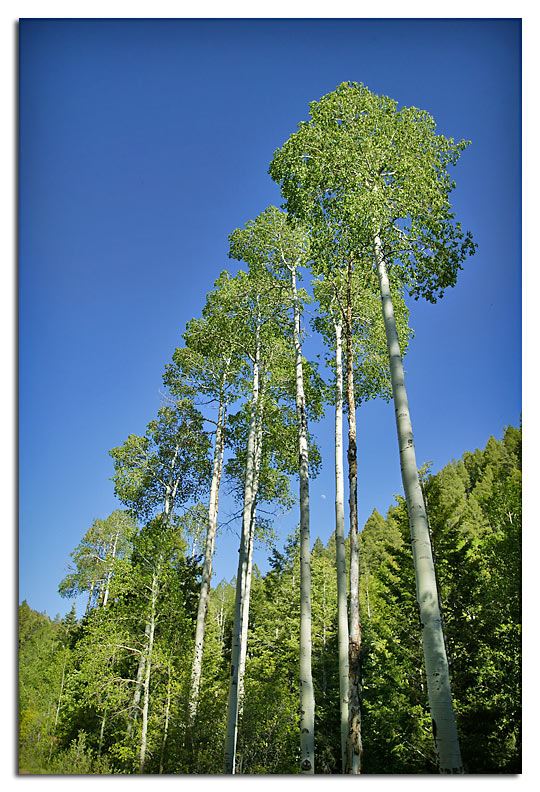 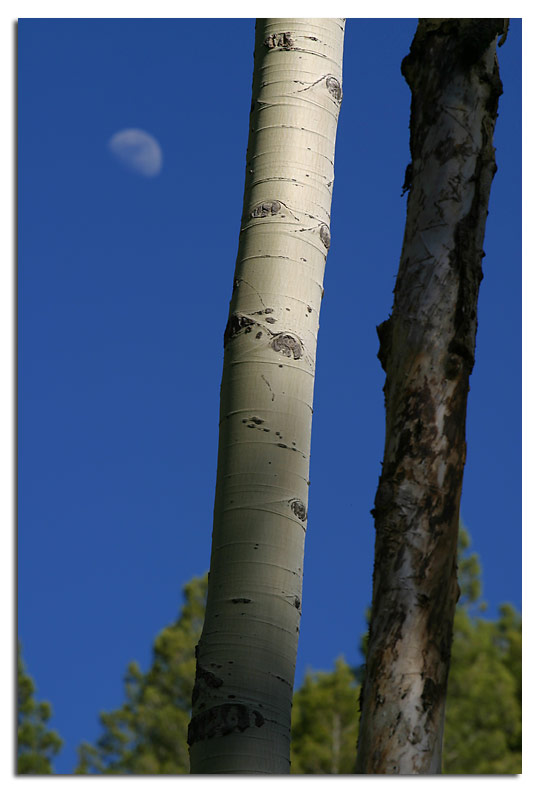 The sharp eye might notice that the above images are of the same thing, with vastly different lenses. 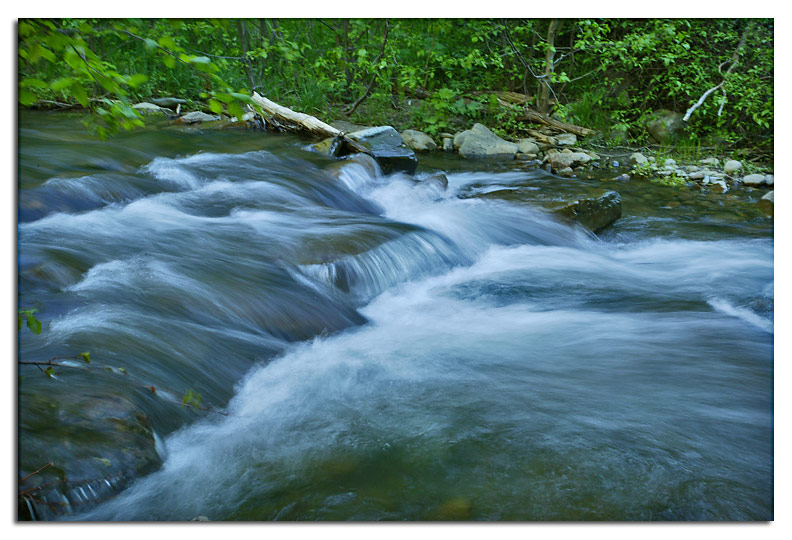 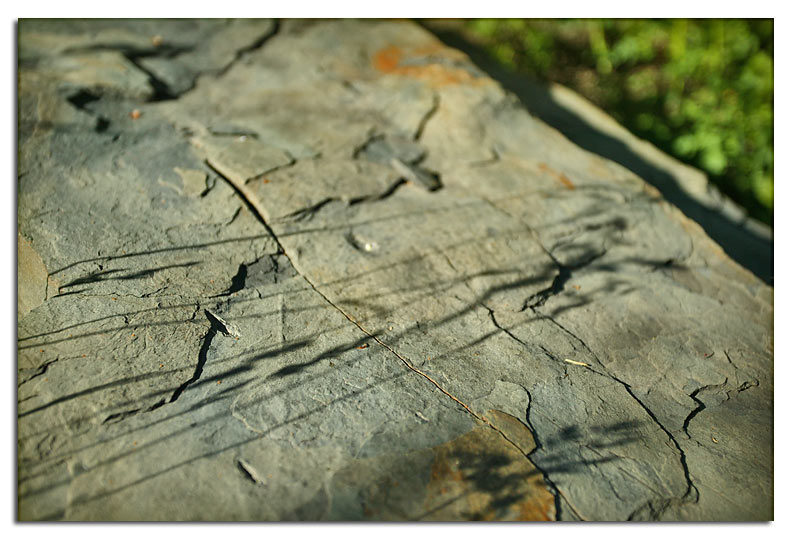 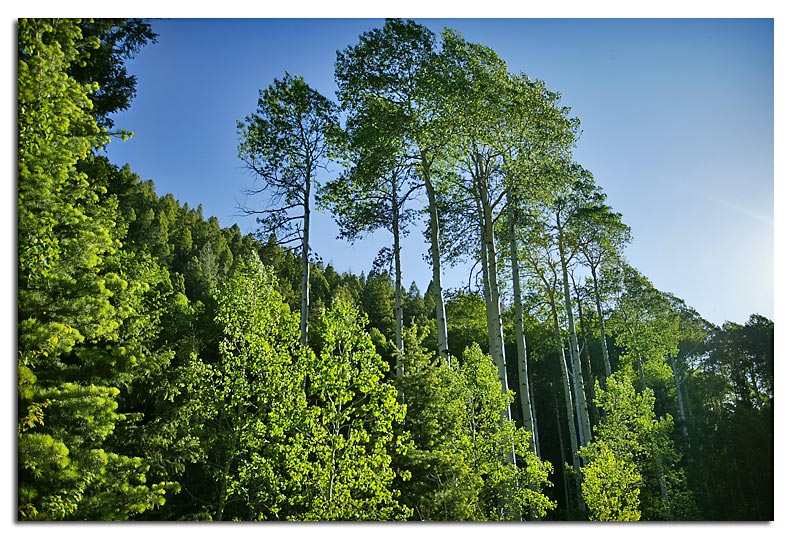 The next day I headed down to Santa Fe and had a wholly restorative ride on the Winsor Trail. I did a little figure eight of some loops off of the mainline and reasserted my ability to travel through the woods in a stately fashion. 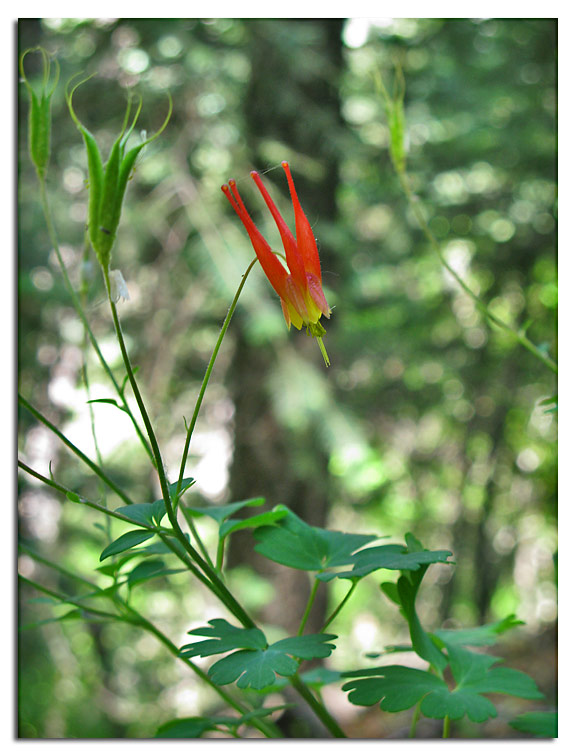 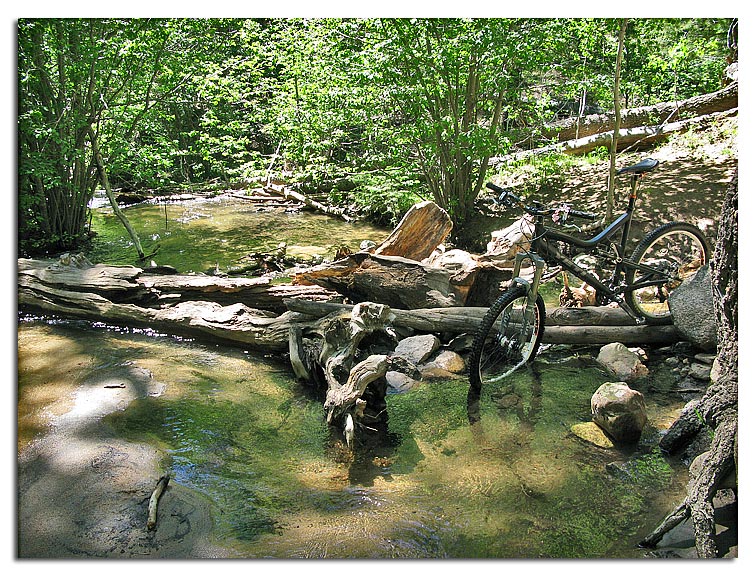 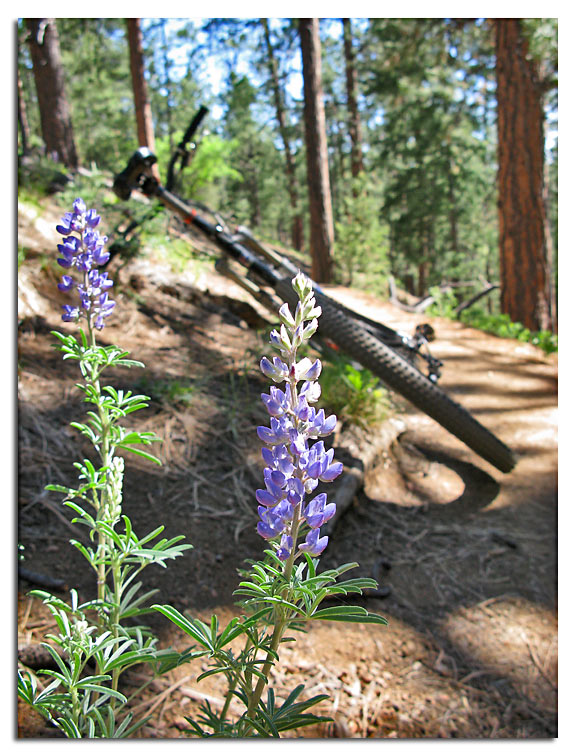