Kenosha Pass to Georgia Pass and back down Jefferson Creek. This was one of the first section of the CT that I rode when I moved to Colorado, and it has remained a favorite. We had a biggish snow year up in the mountains this year, so the high country has been slow to open up. But acting off of rumour, innuendo, myth and intuition, I headed up there yesterday to see how far it would go.
I loaded up early in the morning and took the scenic route, up Clear Creek Canyon and over Guanella Pass. There's something lovely about crossing over mountain passes at this time of year. 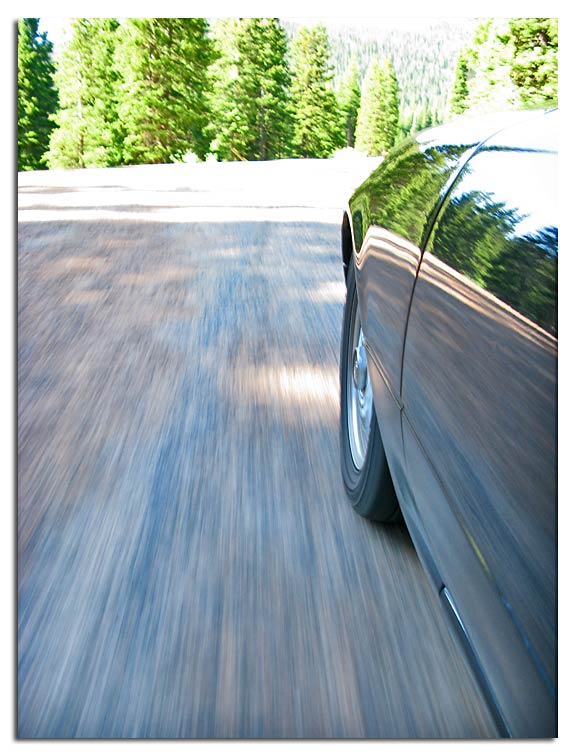 Taking care not to hit any deer... 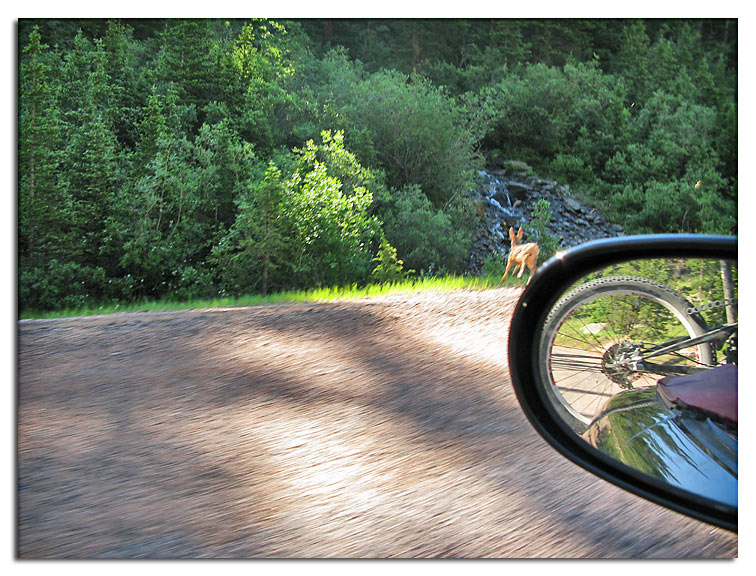 There was an exuberance of Columbines along the first several yards of trail. 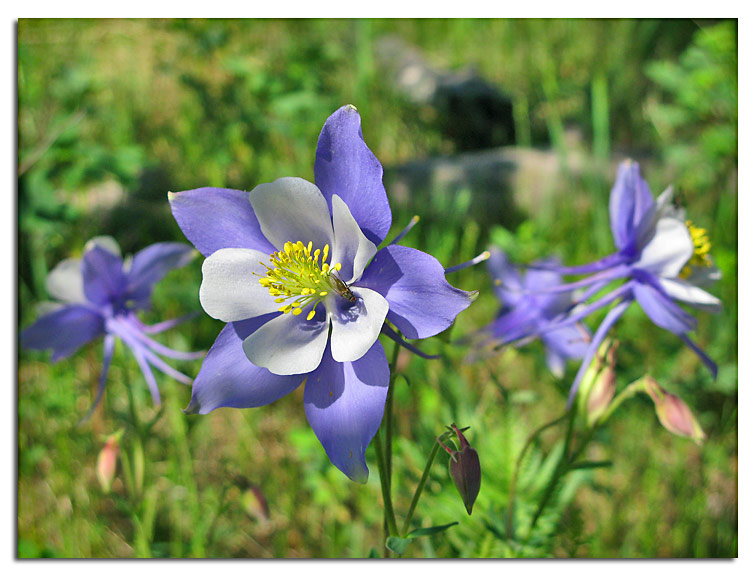 So much so that it seemed vaguely unseemly. Flagrant, even. 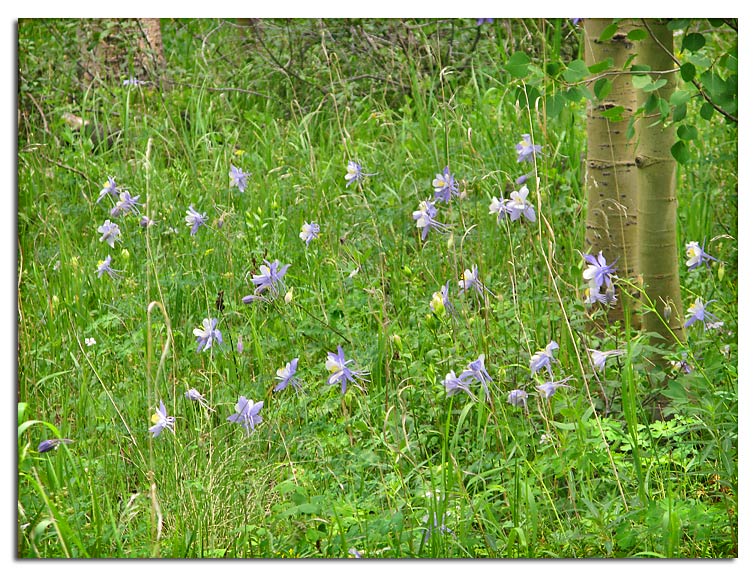 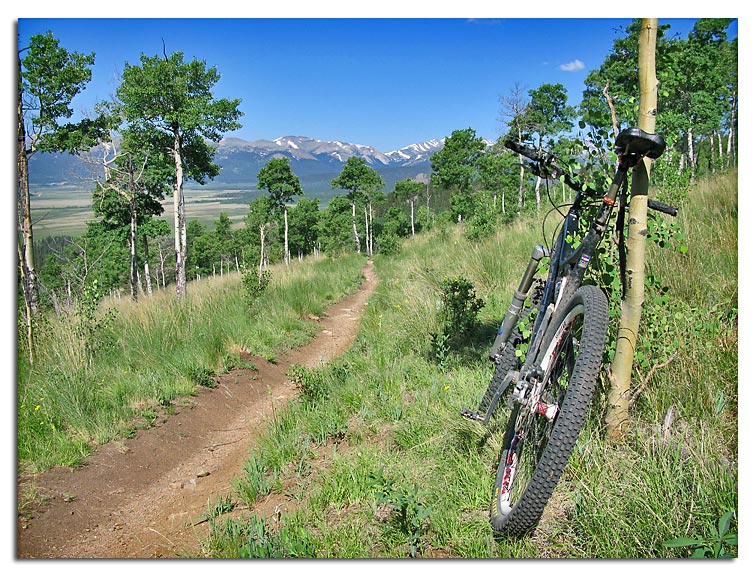 I stopped at that same spot, and took that same picture. Again. 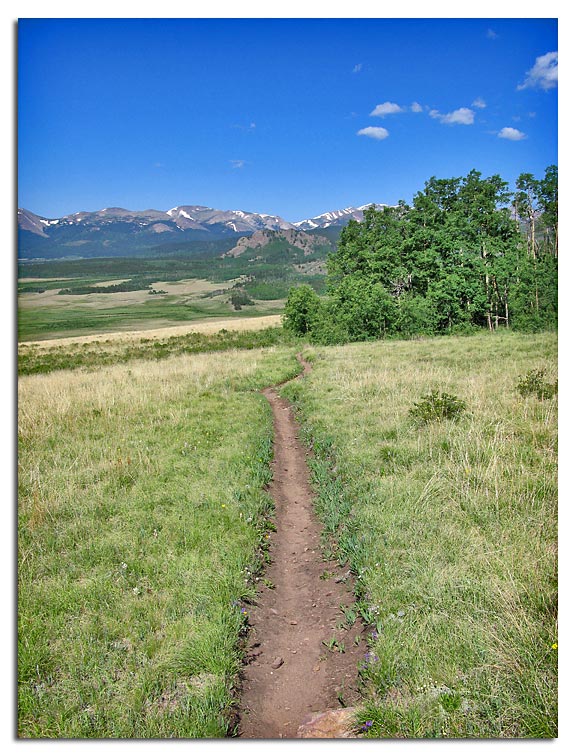 And I spun along, up the climb out of the woods and up above treeline. Feeling the oxygen level decline in a precise, inverse proportion to my heart rate. 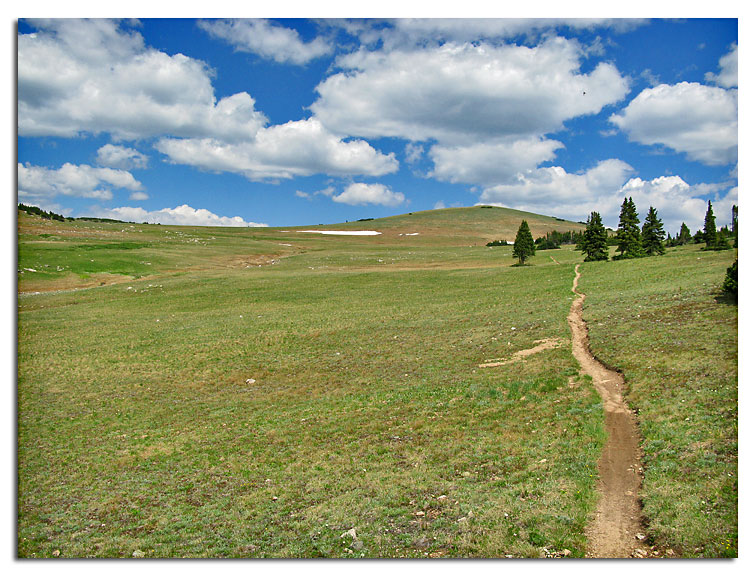 And there still wasn't a scrap of snow to be found. 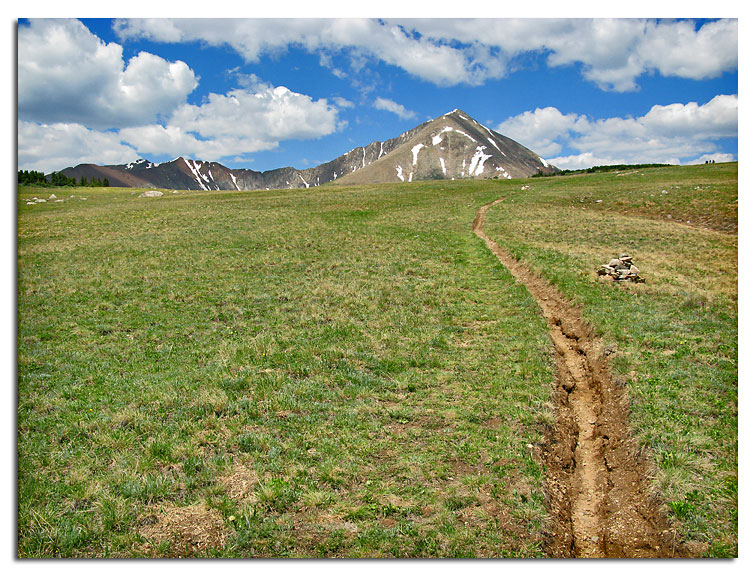 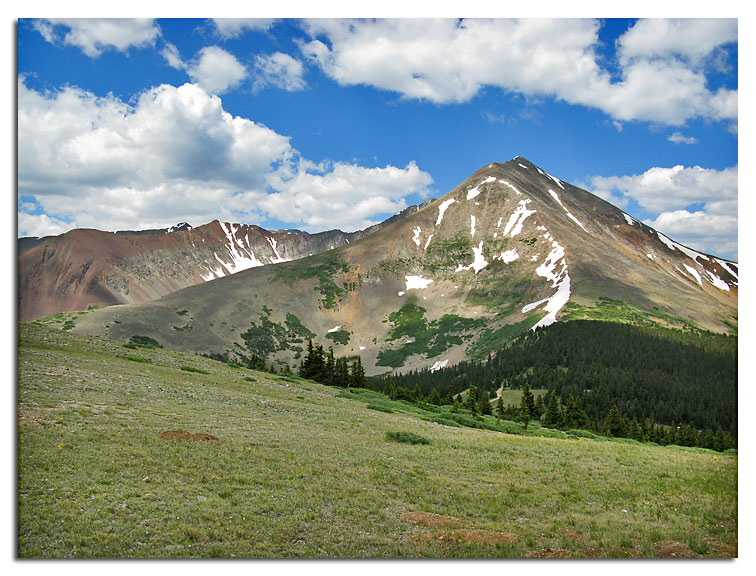 Finally, dropping down into the Jefferson Creek drainage, I saw some snow. 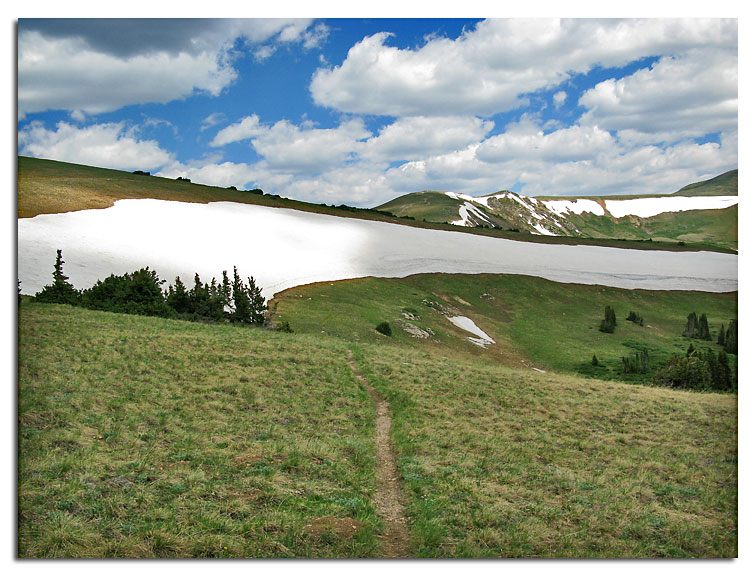 A monstrous remnant, and for a bit I worried that it would be parked bang on top of the trail. 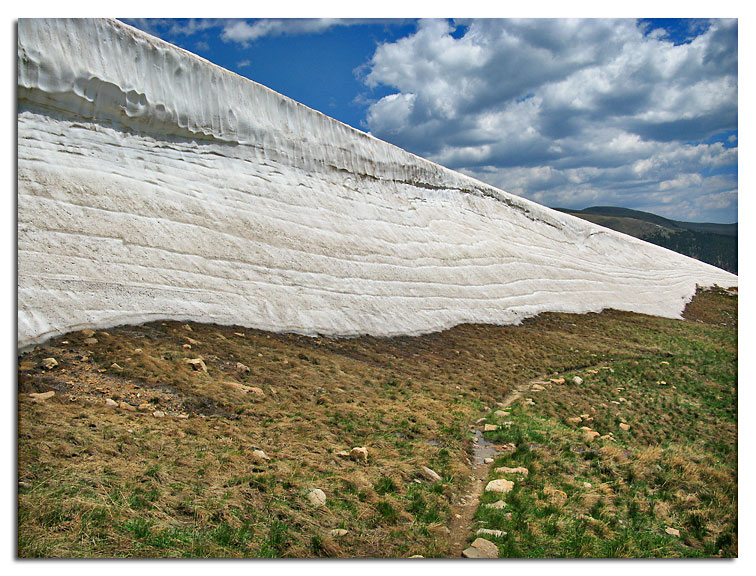 Bit mercifully, it sat at a comfortable remove. It puddled up the trail a litle bit, but it was all rideable. 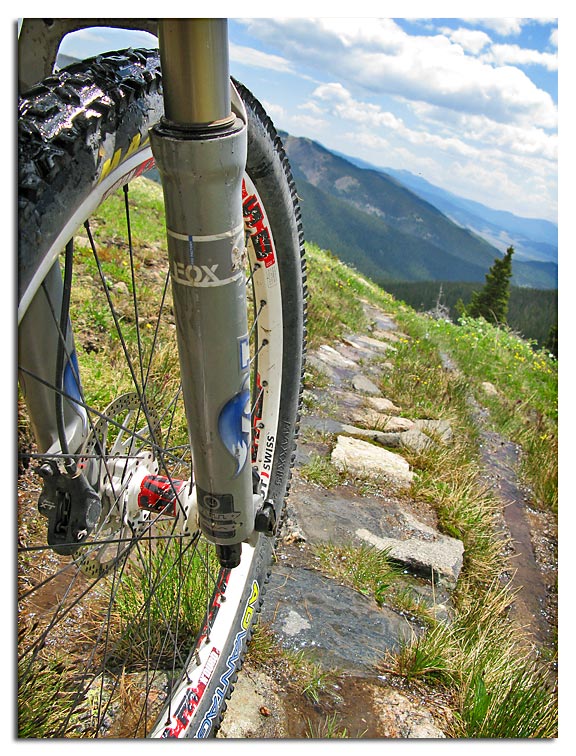 There were some trees down on the Jefferson Creek Trail. Much of it leftovers from previous seasons. The first mile or so were tedious as I barely got clipped in before I had to dismount again. 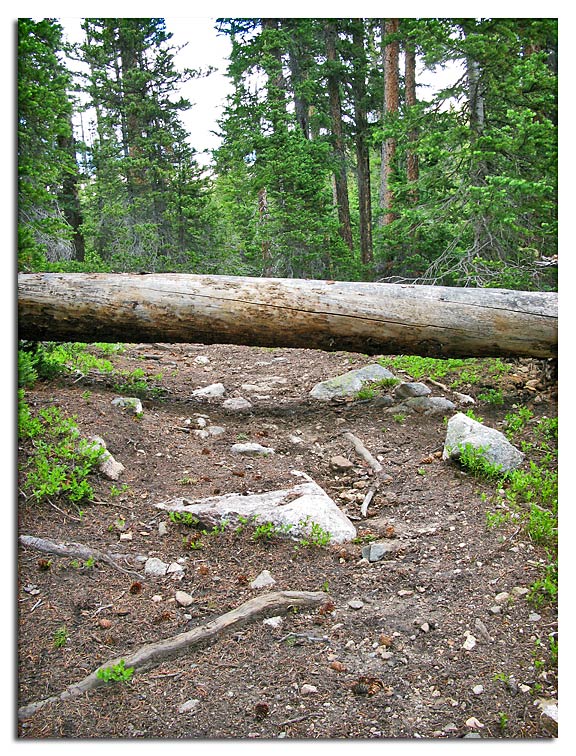 Of course, then I remembered that in the grand scheme of things, this hardly constitutes hardship. 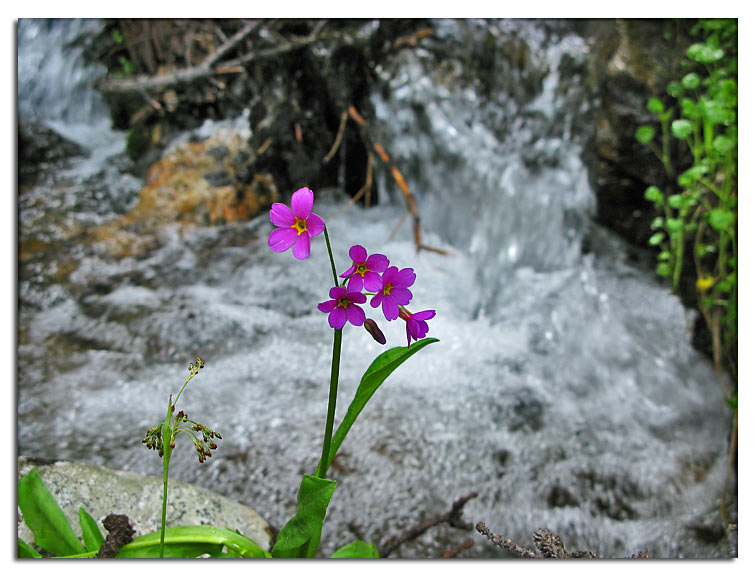