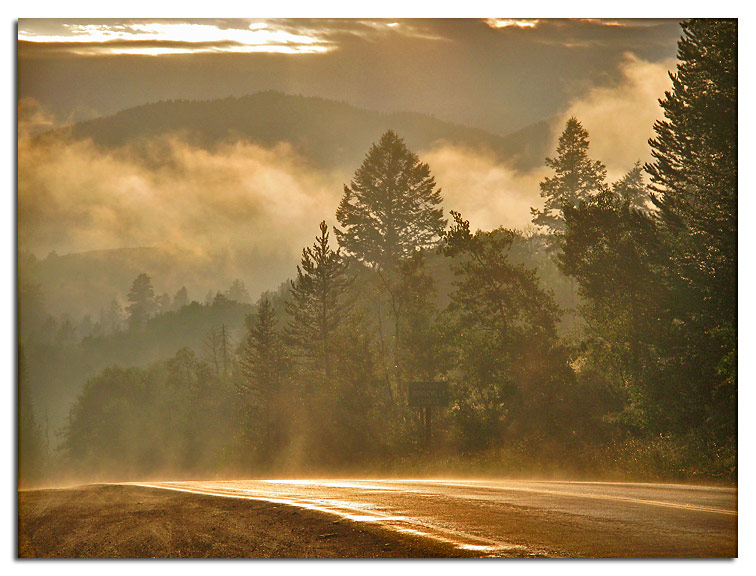 My peregrinations have taken me back up through Wyoming and Idaho. I had a very pleasant couple of days in Boise doing the demo thing and hanging out with the locals.

I spent a bunch of time looking up at the sky. 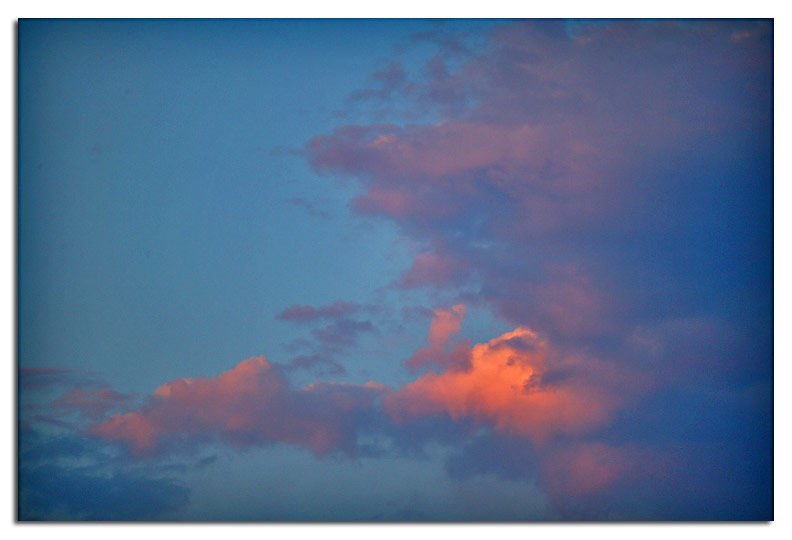 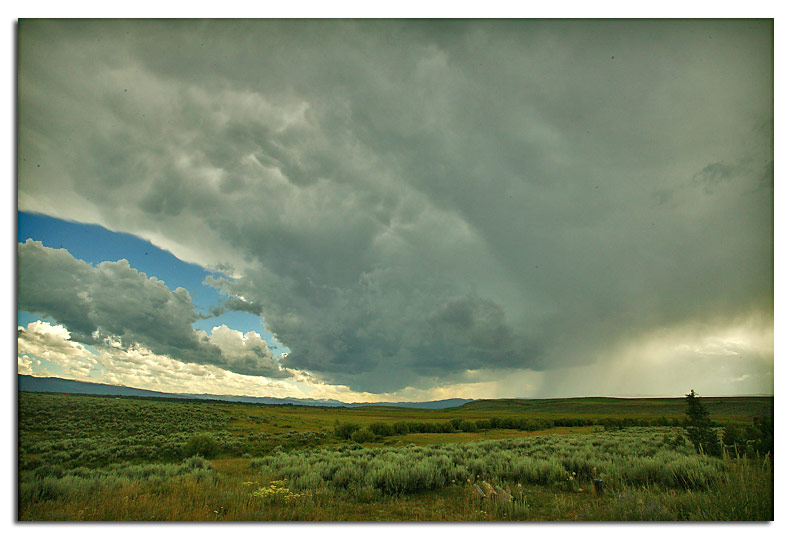 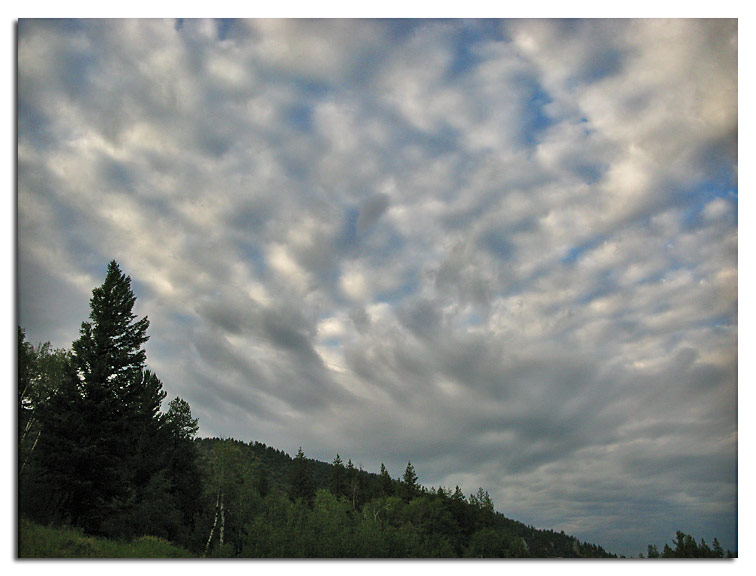 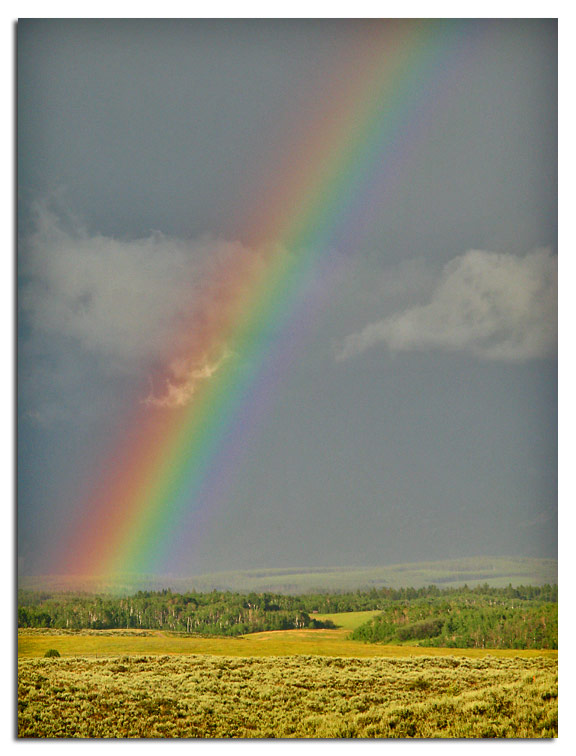 And at the ground... 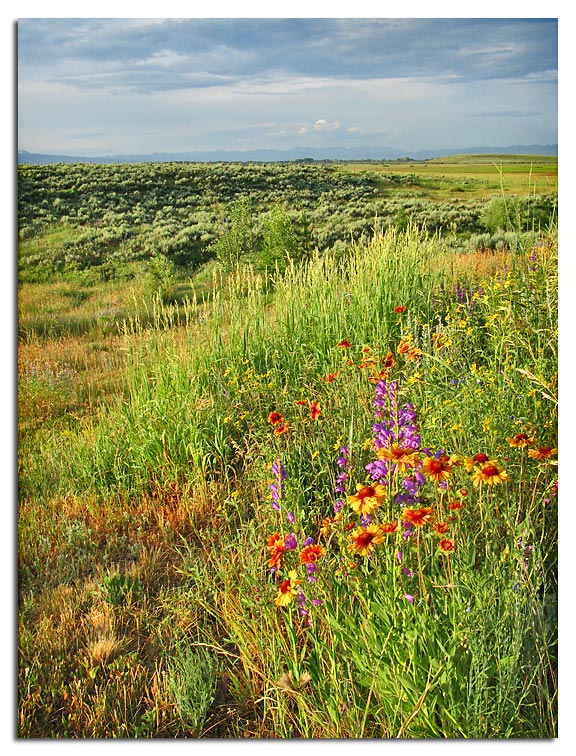 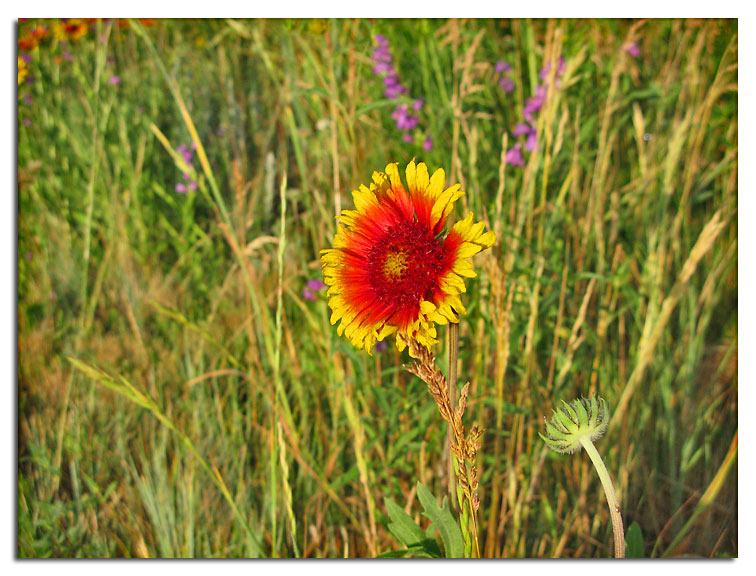 I also did a demo in Jackson, Wyoming. 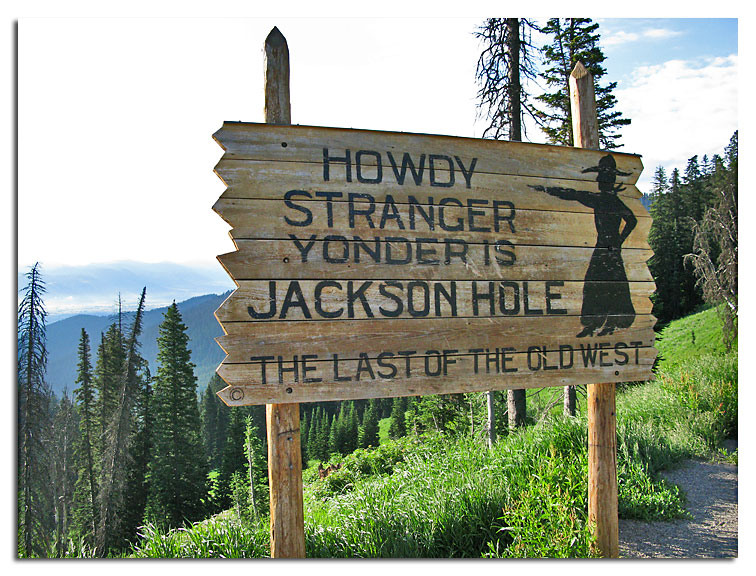 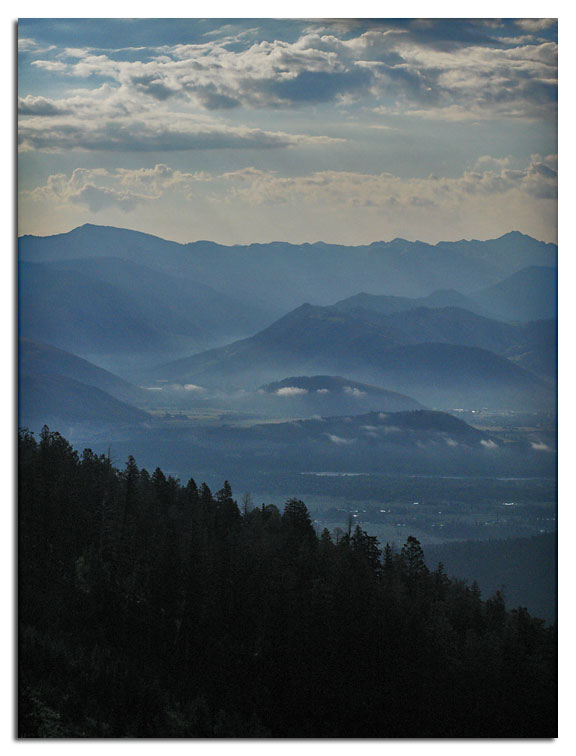 I used to live up here, a very, very long time ago. I've been back through the area numerous times since then, but this trip was the first opportunity I have had to poke around the old stomping grounds.
And Tom Wolfe was right. You can never go home again. Back when I lived here folks still called the town Jackson Hole. Now it is definitely and only Jackson. A mad crush of tourists, real estate offices and "high end" "western" "art" galleries.

I was into mountain biking back then, or should I say, ATBing as it was once known. I used to ride up Cache Creek Canyon and spin around on trails up there. So today I thought I would go poke around up there and see if anything seemed familiar.To my dismay, nothing seemed to ring a bell. Nothing induced that Proustian moment where he bit into that Chocolate Eclair and by dint of suddenly resurrected memories, vivid and clear, was whisked back to his childhood.


But to my delight, the trails I found up there were tremendous fun to ride. 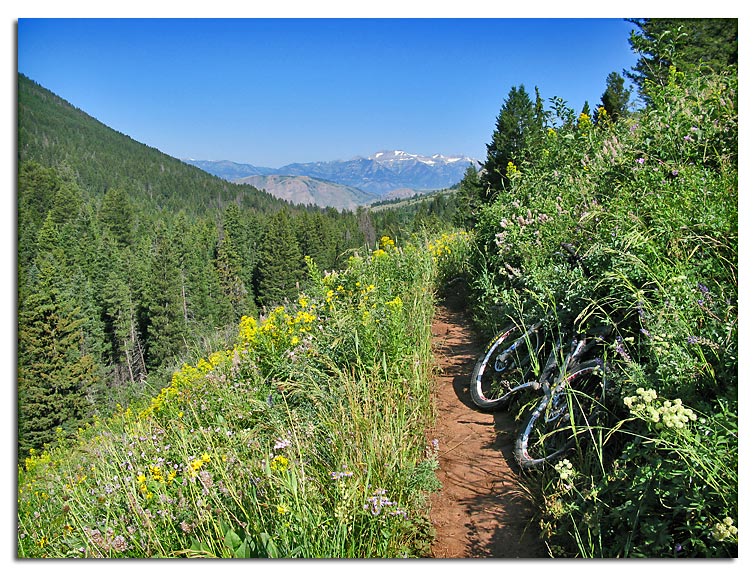 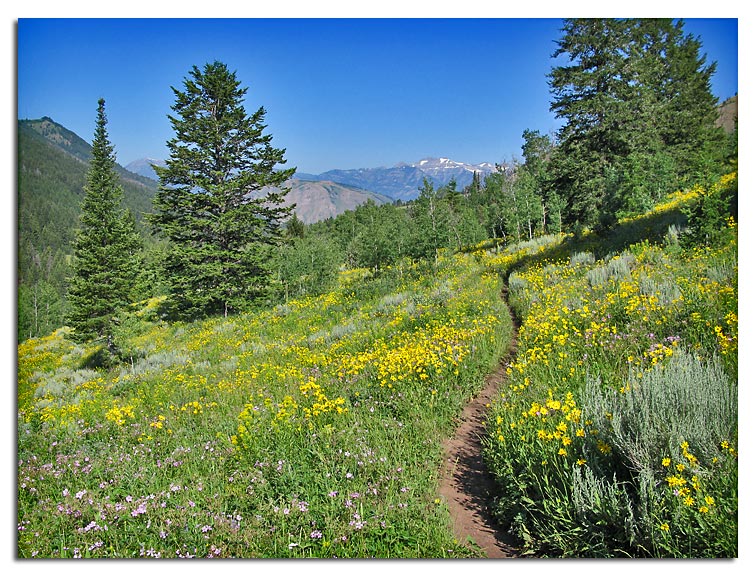 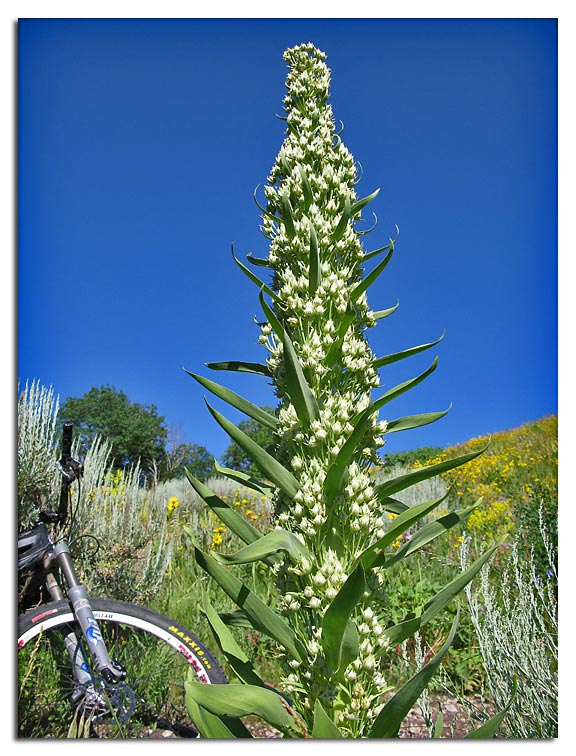 Monument Plant, aka Green Gentian. Though if you ask me it looks suspiciously like a Triffid.

I rode for a couple of hours, then fetched out Grendel and rode some more. 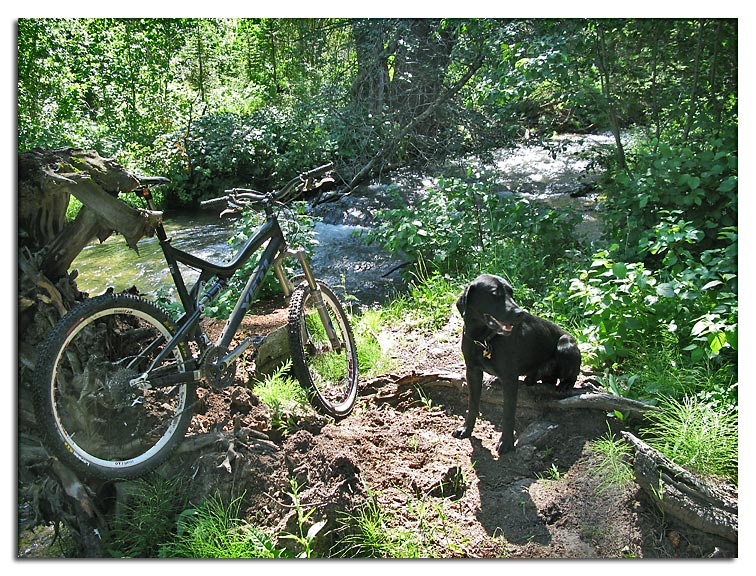 After a pleasant spin along the creek, with a stick fetching session thrown in for good measure, we sat on the tailgate and did some contemplating. 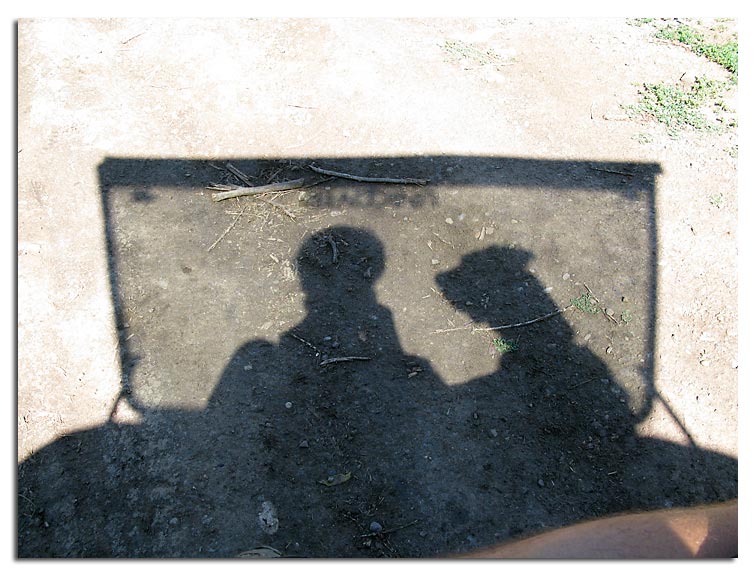 Companionable silence. I watched him watch things, wondering what layers of meaning were being revealed to him as he took in his surroundings.

I often find myself slightly jealous of his exponentially more acute senses, jealous that more layers of the onion are apparent to him. I'd trade back some of this cerebrum for some good old fashioned reptilian cortex, with a dash of basal ganglia thrown in to make sense of it all.

Back in Jackson (Hole!!!) traffic we were cut off by some sort of spendy crossover SUV with a "Jackson Native" decal on the back window. I thought (as I always do when I see these snarky and fundamentally incorrect badges) "what was it like when the white man drove you off of your homelands?" 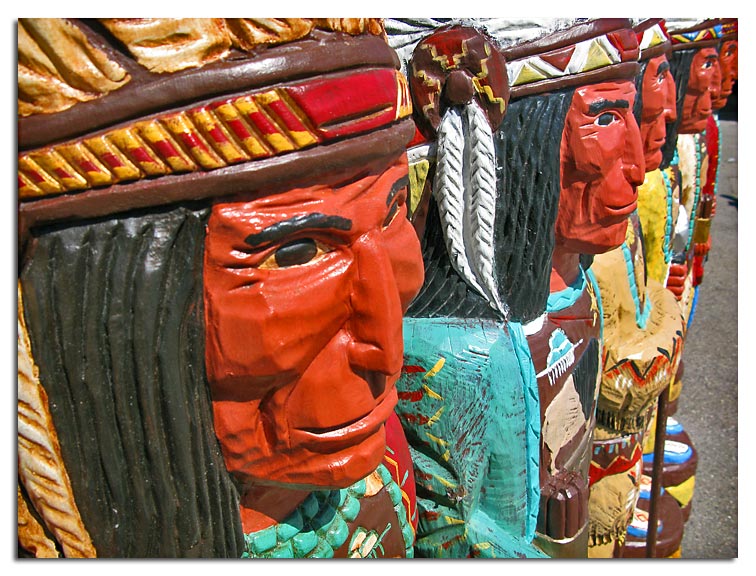 We looped back through Teton, sawing off the Moose-Teton corridor. 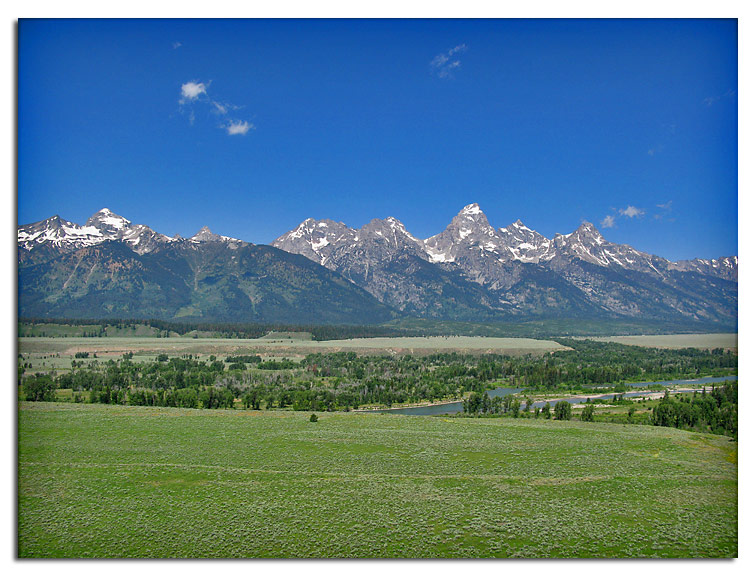 Moose lived up to it's name. 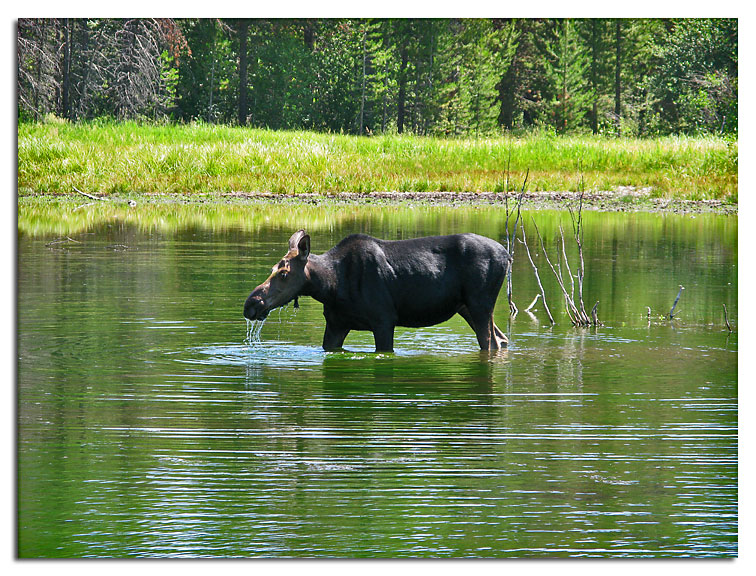