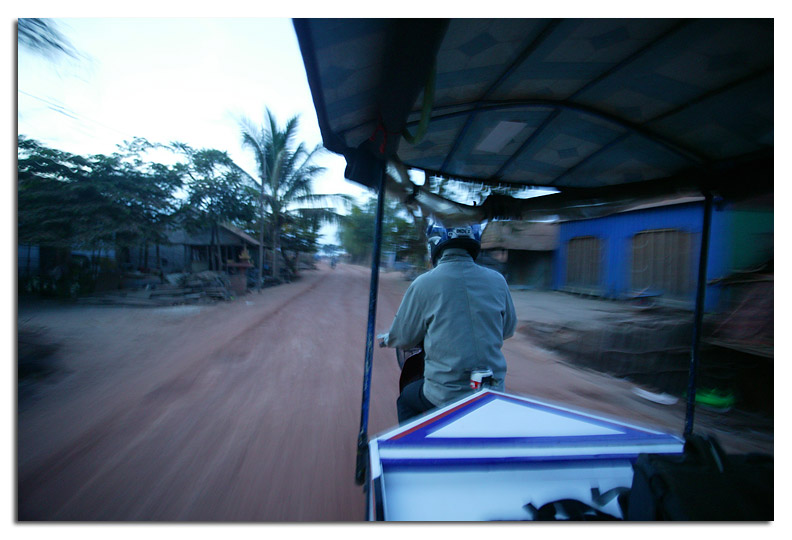 Another pre-dawn start.  I reluctantly left Siem Reap to start looping back to Phnom Penh.  I tuk-tukked out of Siem Reap, following the Siem Reap River south to Chong Kneas. A largely floating village just a bit north of Cambodia's great Lake, the Tonle Sap.  I boarded a boat here and while I waited for us to shove off I watched the kids commuting to school in their little canoes. 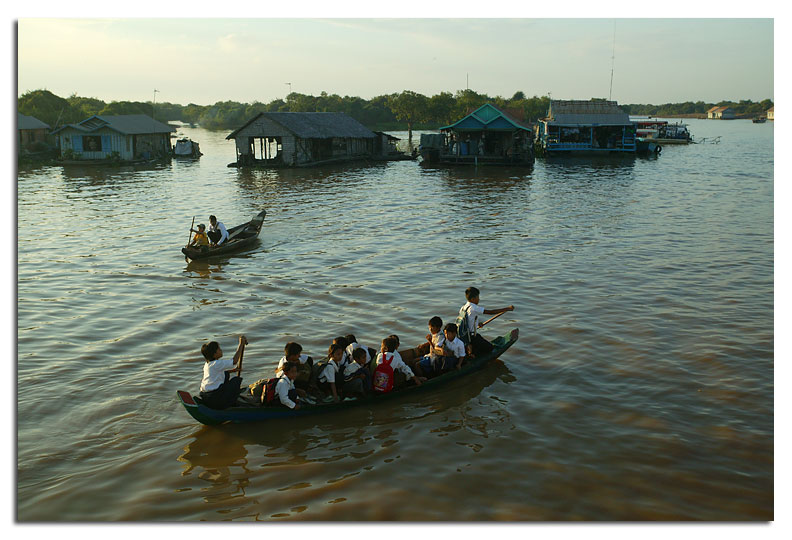 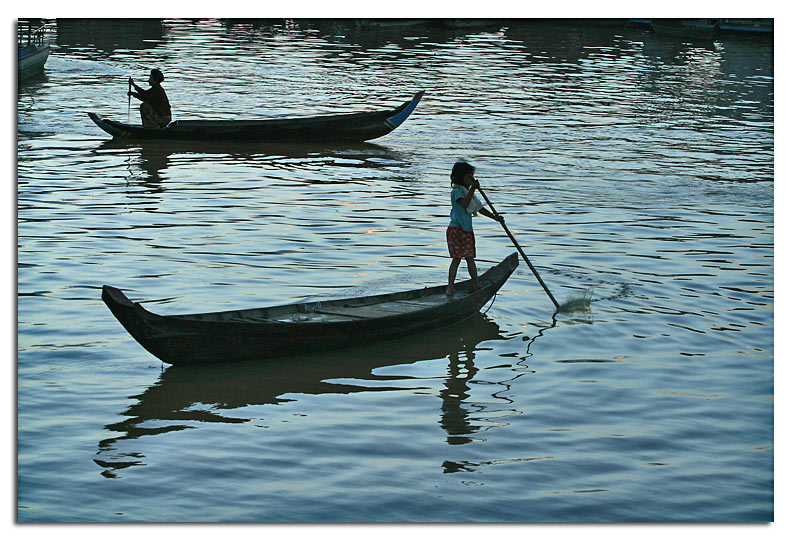 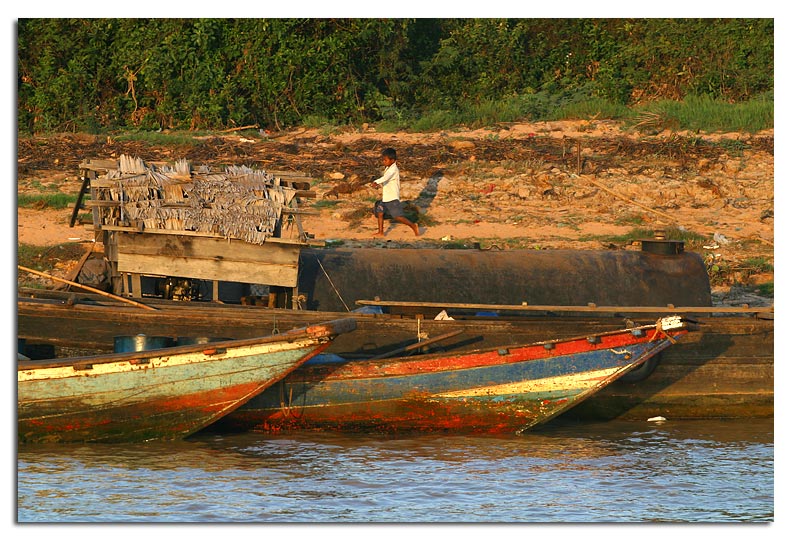 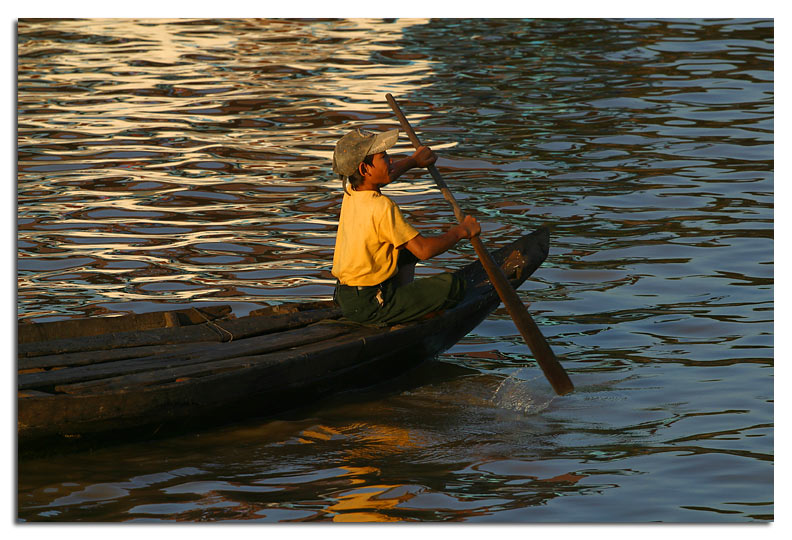 We headed out, first down river and then into the Tonle Sap. We kept the coast in sight to the north, but the expanse of the lake was evident as all other horizons were swallo
wed by the curvature of the earth.  From here we entered into some ridiculously narrow waterways, twisting and turning upstream along the river's passage. This was the dry season so the low water forced our boat to wind along tight serpentines, occasionally running aground.  The scenery was constantly fascinating. The river dwellers of Cambodia seem to be pretty near amphibious. Spending much of their time in and near the water, scrabbling about with a variety of fish capturing apparatus.  All of the functions of daily life are carried out on boats or in the water it seems. There are floating markets, food stalls, elementary schools. We stopped at a village along the way and I bought a few loaves of bread and a couple of cans of beer for $1.50.  We had a bit of cloud cover that day, which was a great and good thing. I chose to sit up on the roof to take pictures, and if the sun were out in full force I'm sure I would have been well and truly barbecued over the course of the 10 hour journey. 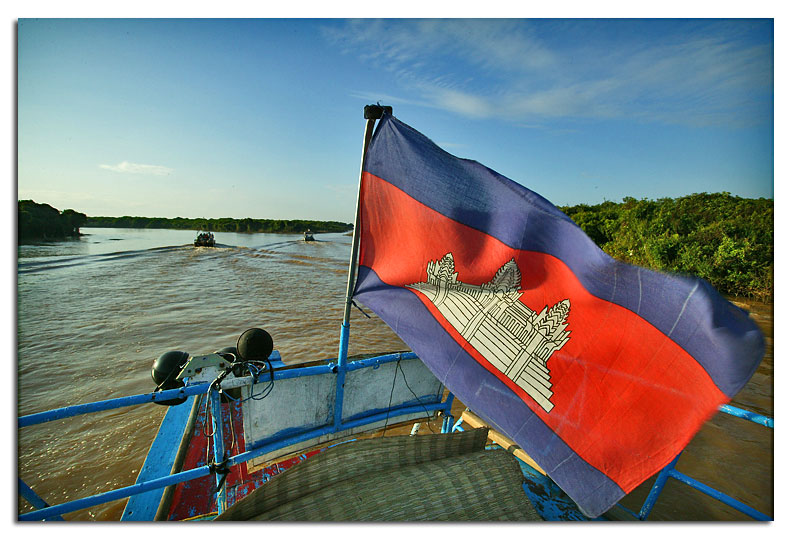 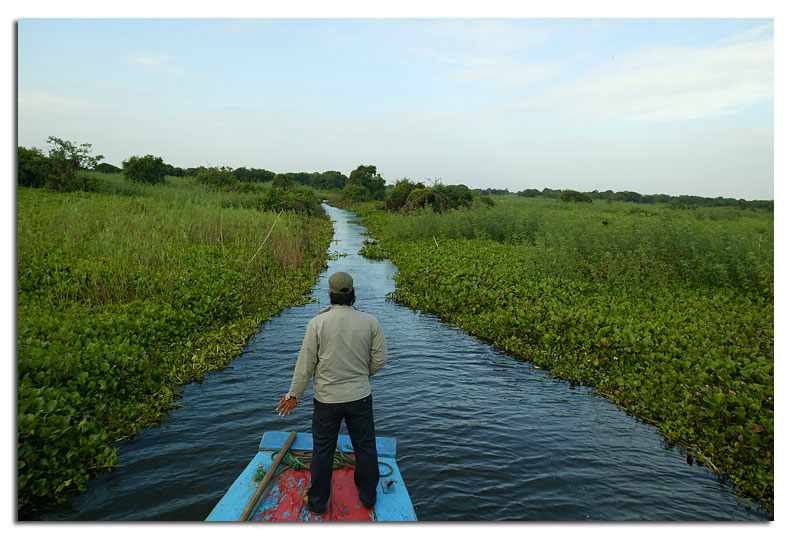 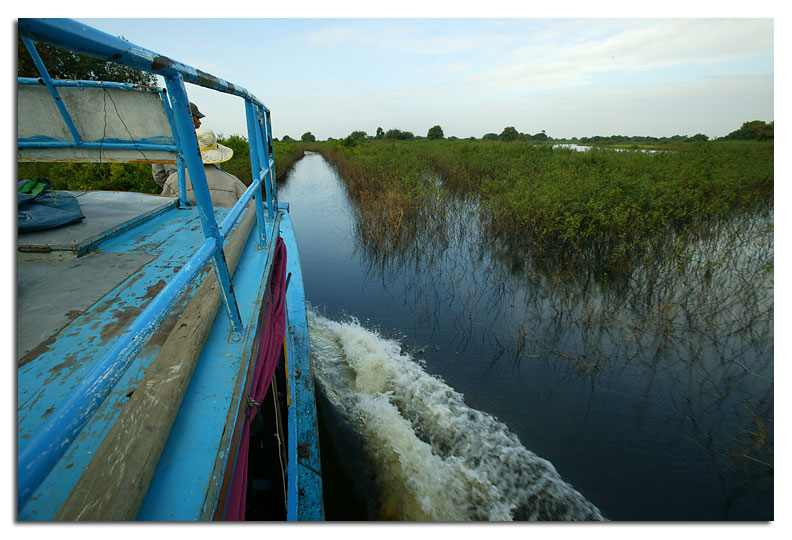 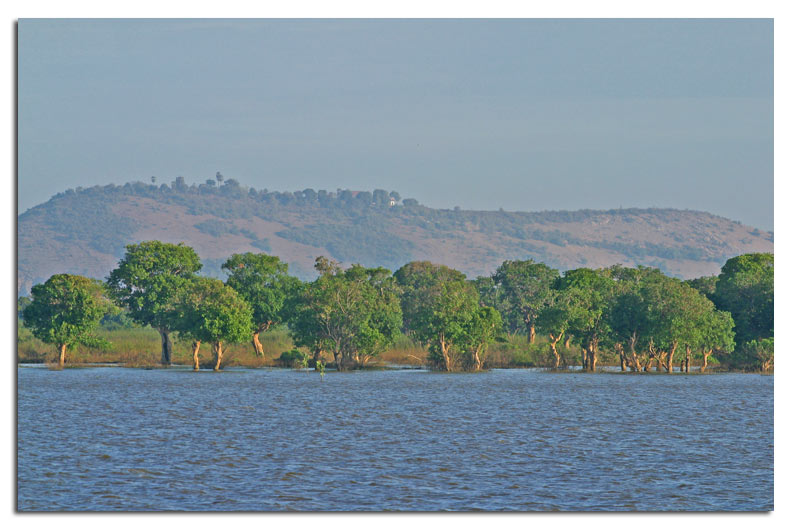 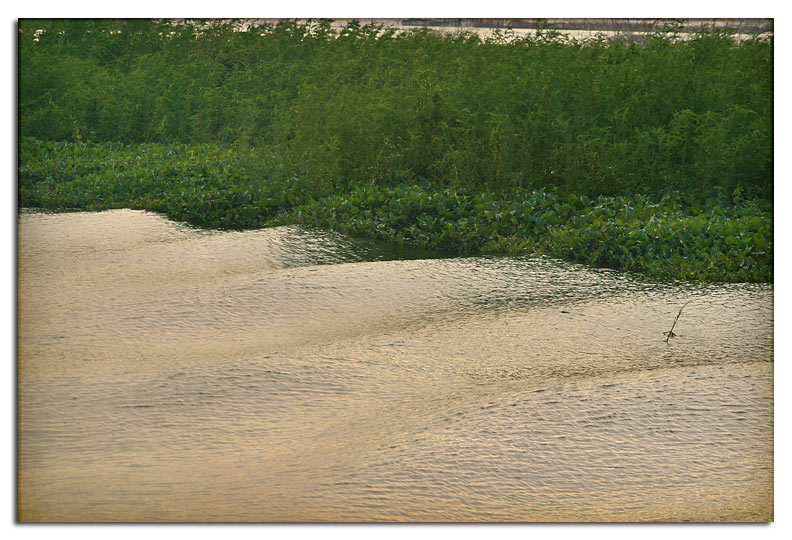 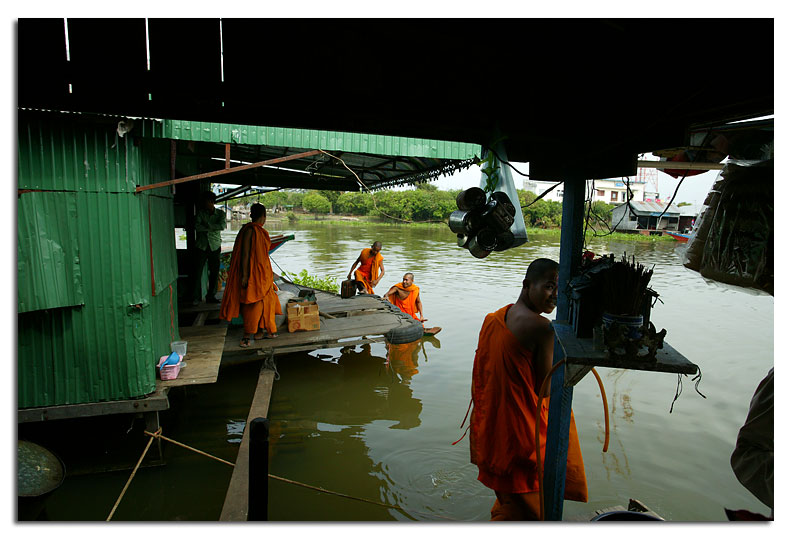 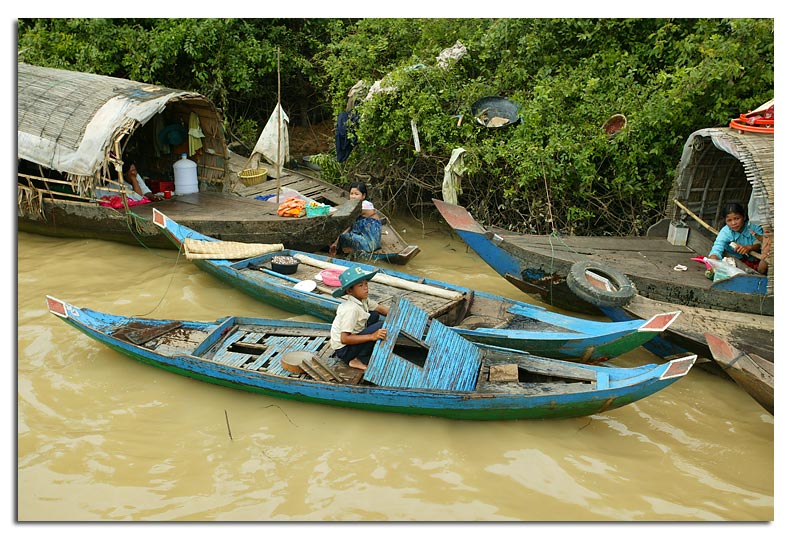 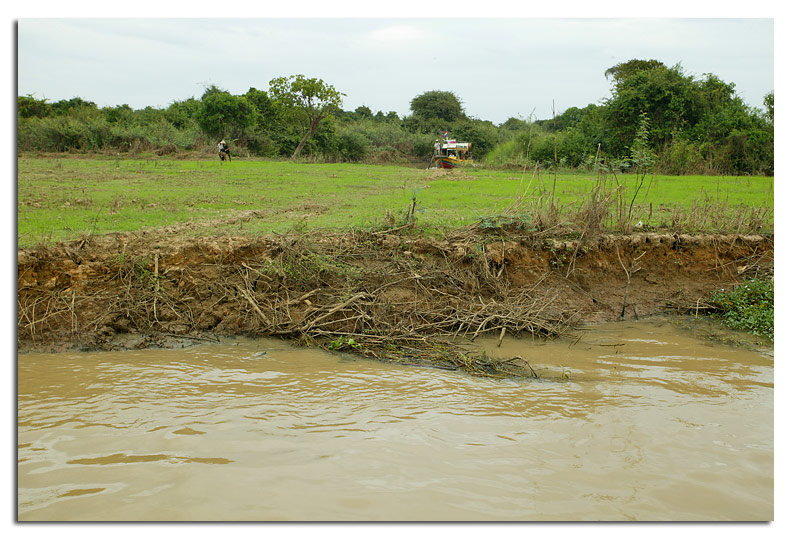 Evidence of the tortuous nature of dry season passage, that boat is a hundred yards away and a good 3/4 mile behind us on the waterway. 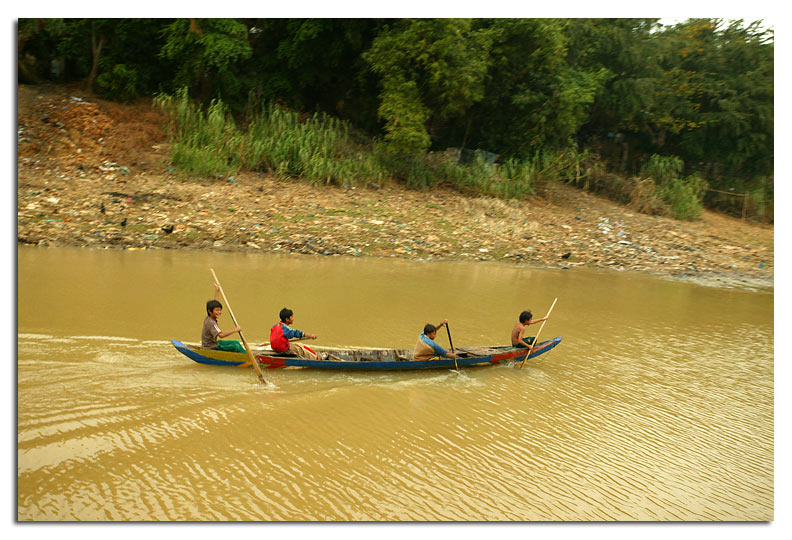