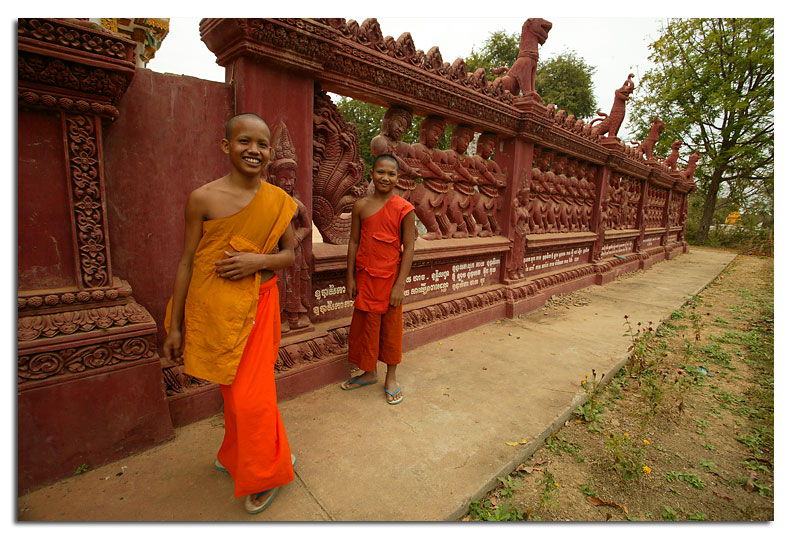 The next morning I had a proper cup of coffee for the first time in a couple of days.  Then I met Bunny, who was to be my driver for the day. "Male Rabbit, not like female" he offered, by way of clarification.  We loaded up onto his scooter and set off to drive through the countryside around Battambang. We stopped at various sights through the day. A rice paddy, verdant green with flock of white egrets taking wing. A relatively modern Wat, beautiful and elaborate. Clinging to the surprisingly speedy scooter with my knees, I took bunches of random pictures. Passing cyclists and mopeds, a tractor covered in monks. Cattle. Oxcarts. Farms. Markets. Villages. Weddings.  Our journey took us down highway 57 for a short stretch. Highway is a relative term, as it is a dirt road, filled with potholes and quite dusty. Bunny stopped at a roadside stall and advised me to buy a dust mask. A wise 25-cent purchase, in retrospect. 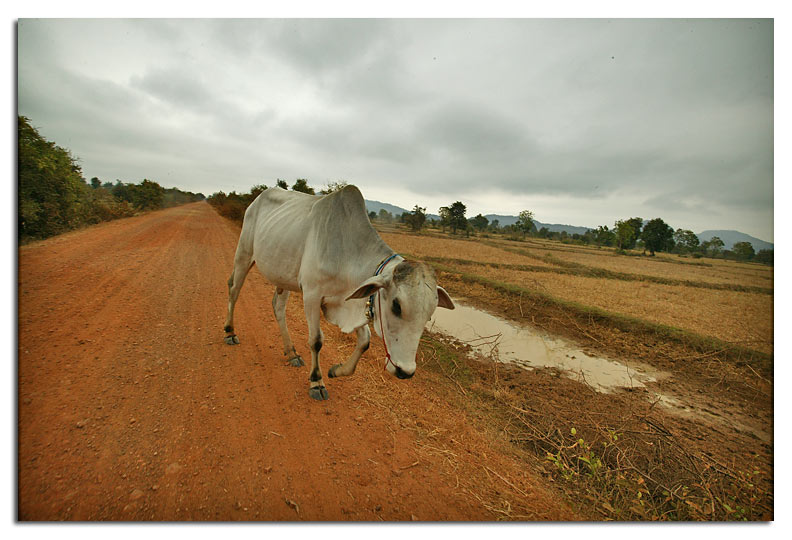 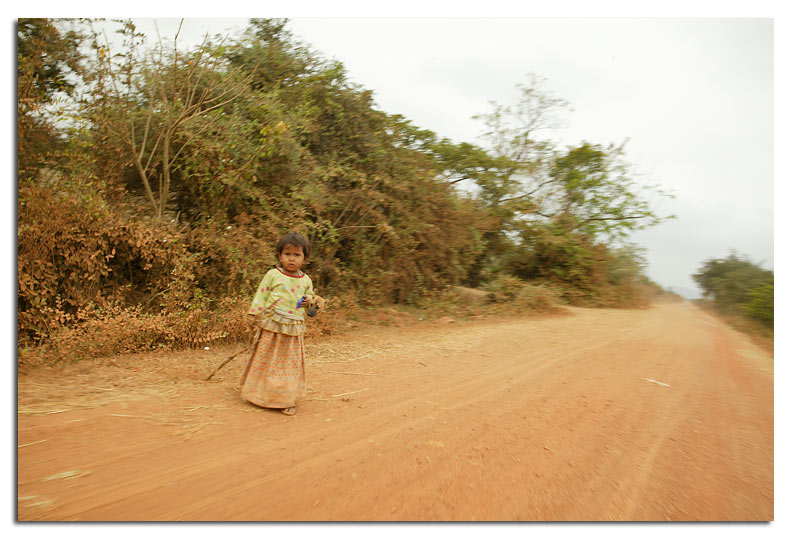 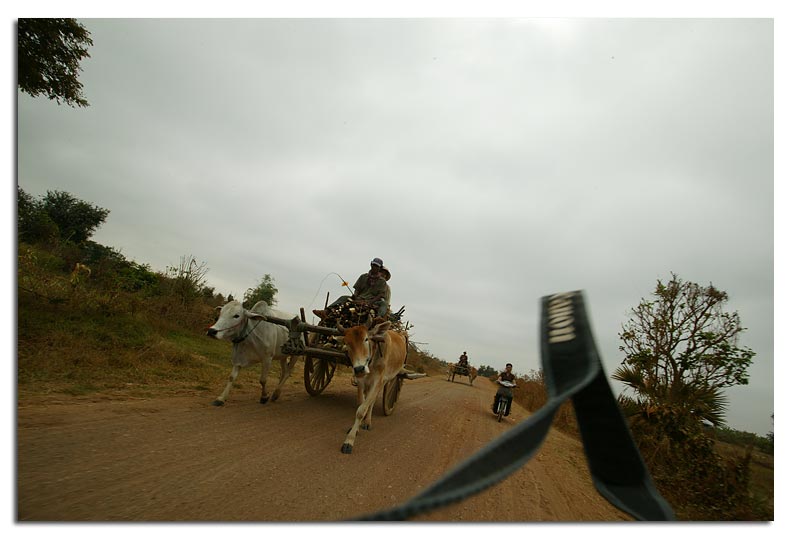 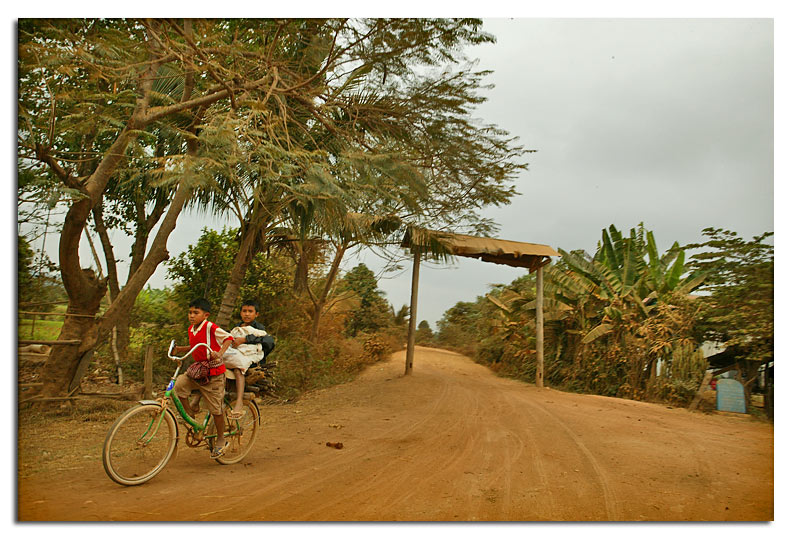 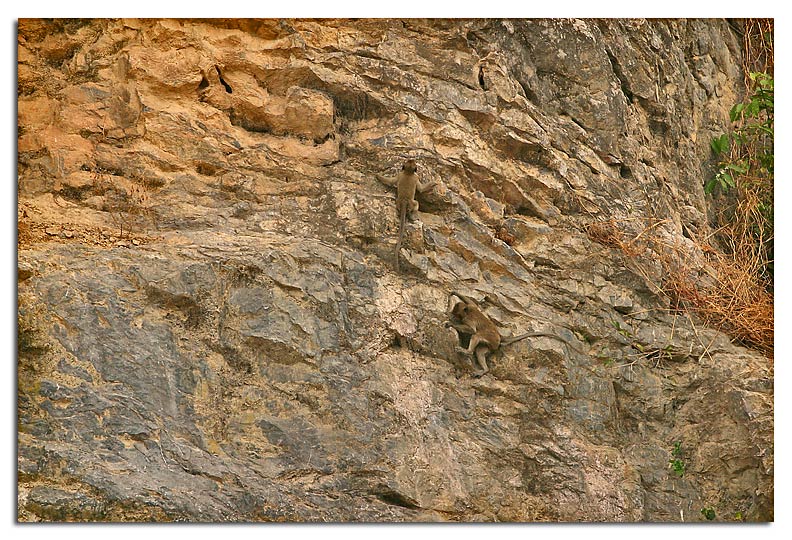 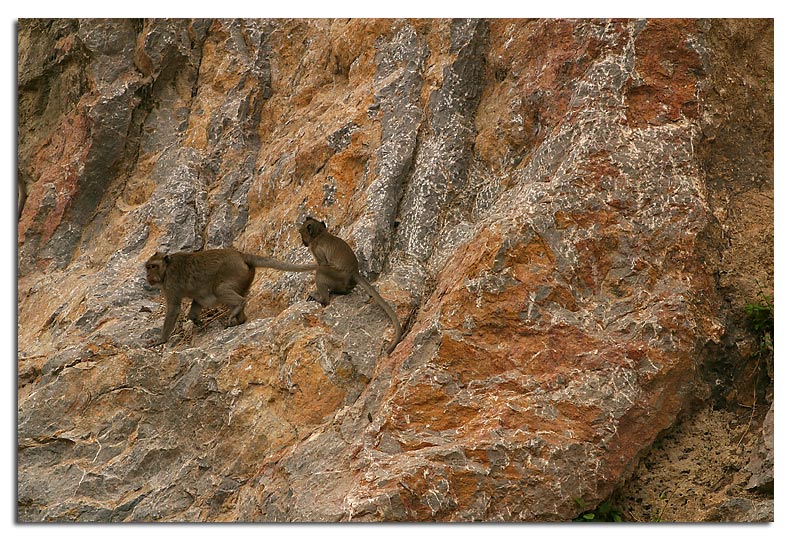 We arrived at Wat Phnom Sapeau, a hilltop temple that sits way up high on a prominent limestone outcrop. At the base a troop of monkeys were goofing around on the rocks. 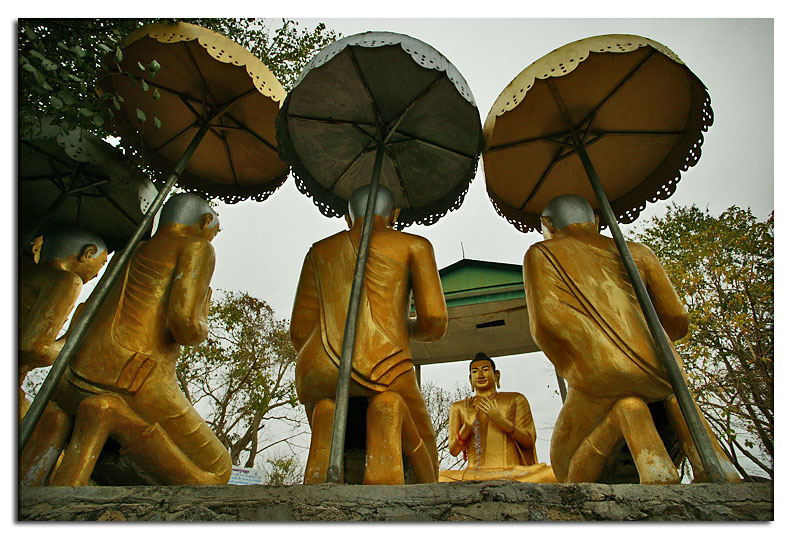 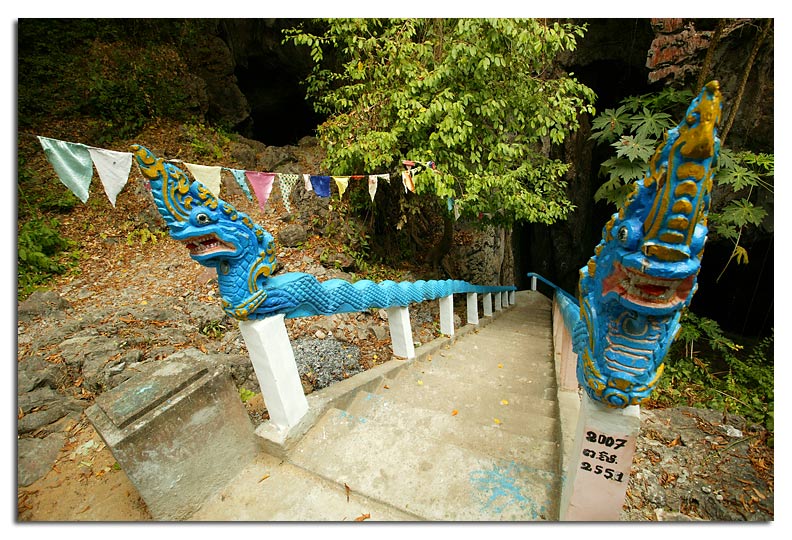 There are several active Wats here. And a few caves. With their unerring penchant for the perverse, the Khmer Rouge used this site as a killing field, appropriating the temples as prisons and interrogation centers. Victims were bludgeoned and pushed through a hole in the roof of one of the caves to fall to their death, ammunition being scarce. Now the cave houses a reclining Buddha, and a few memorials filled with the bones of the dead. Bats rustle and chirp in the nooks and crannies of the ceiling. Occasional breezes rustle through the prayer flags. Also up top, commanding a sweeping view of the countryside below, are a few artillery pieces. Leftovers from the 1994 battle against the Pailin faction of the Khmer Rouge. 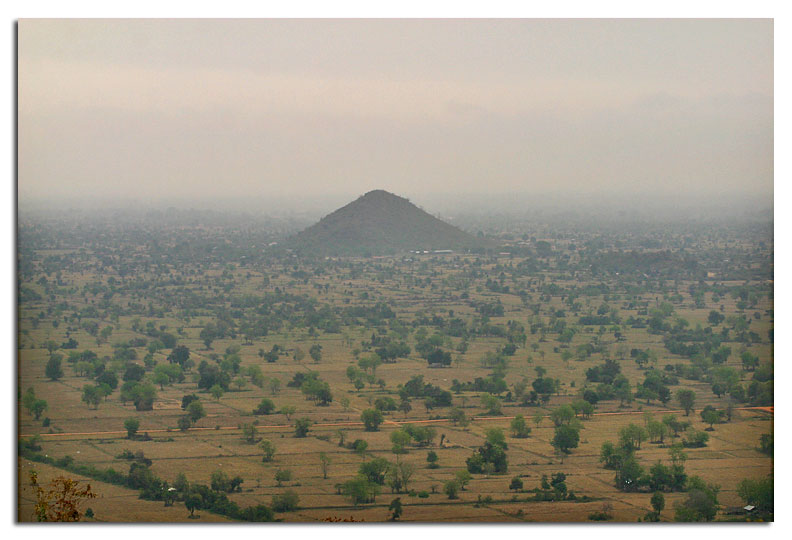