We headed out again, a soft rain fell off and on. We stopped so I could photograph a pair of oxcarts, laden with wood. It is interesting to me (and perhaps no one else) that the same oxcarts I saw carved into the temple walls at Bayon are still in daily use.  In fact, the oxcart, with its over sized wheels, is about the only thing that can negotiate Cambodia's dismal roads during the wet season. 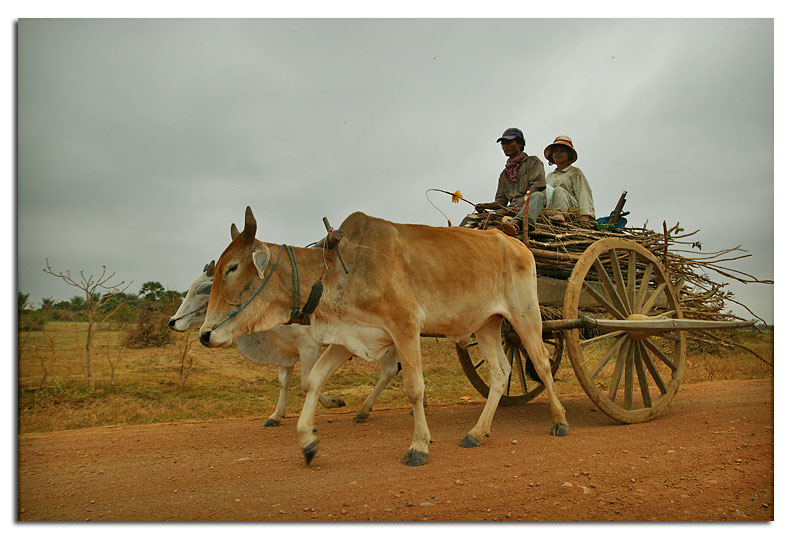 We zipped along the riverbank and made a final stop at large tree next to a Wat. The tree was covered in fruit bats. Bunny told me that there are two types of bats in Cambodia; the small ones that eat insects. (Farmers love these) And the larger fruit bats that eat the fruit that the farmers painstakingly nurture. The farmers grumble about this and eat the fruit bats. Half out of spite, I assume. Fiercely omnivorous. 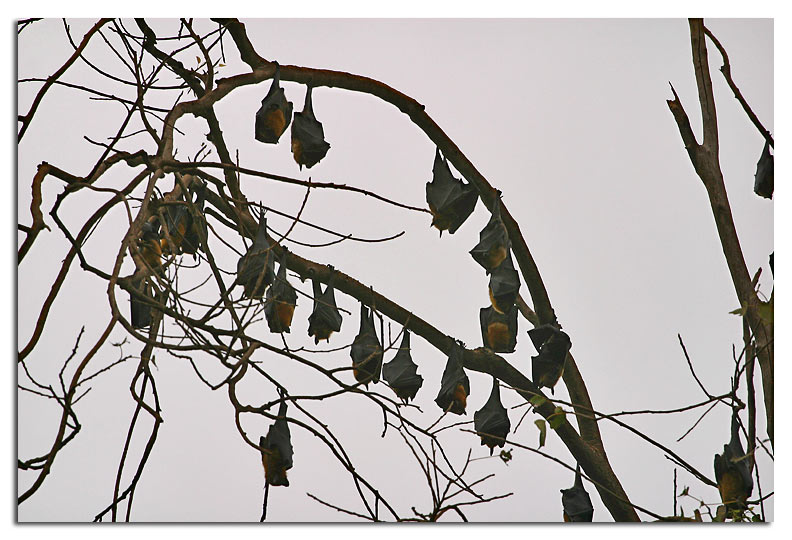 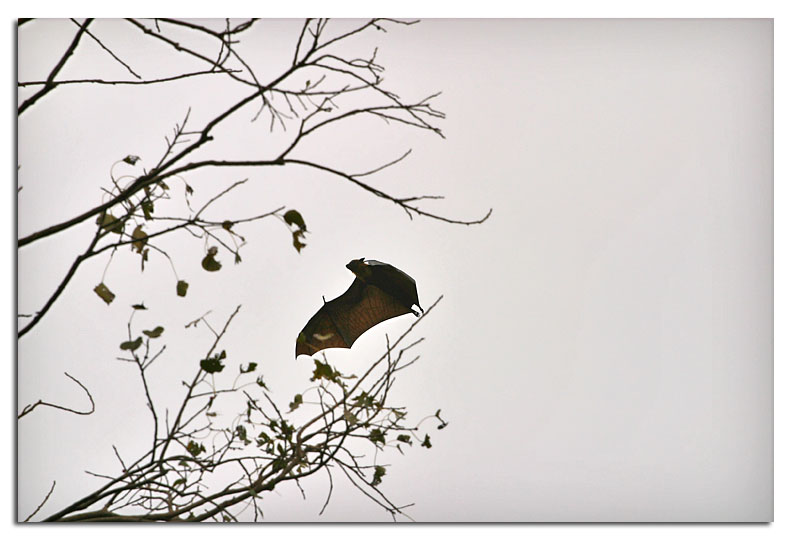 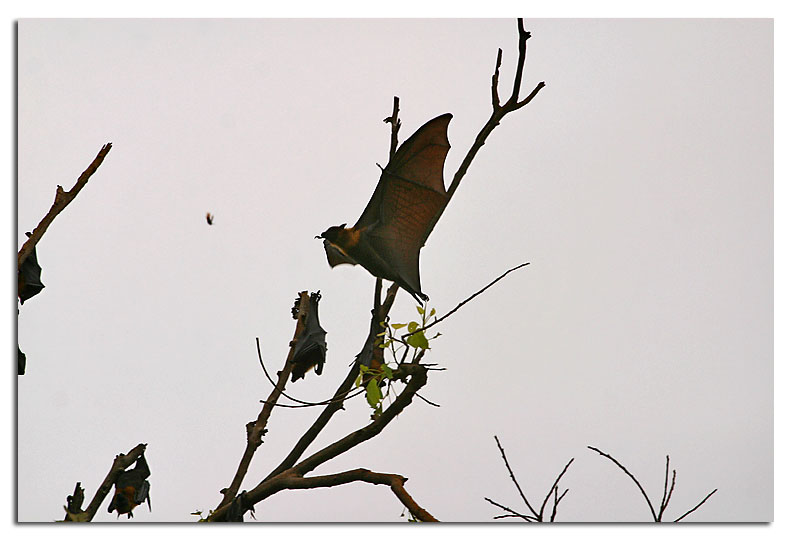 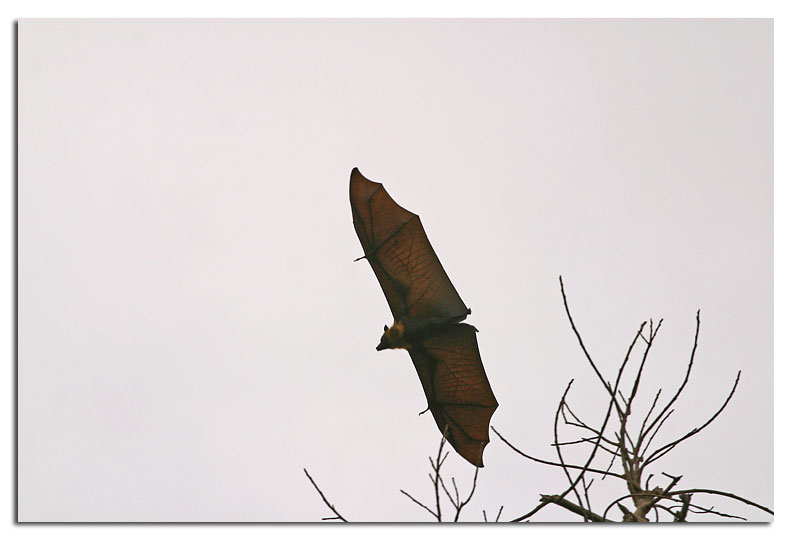 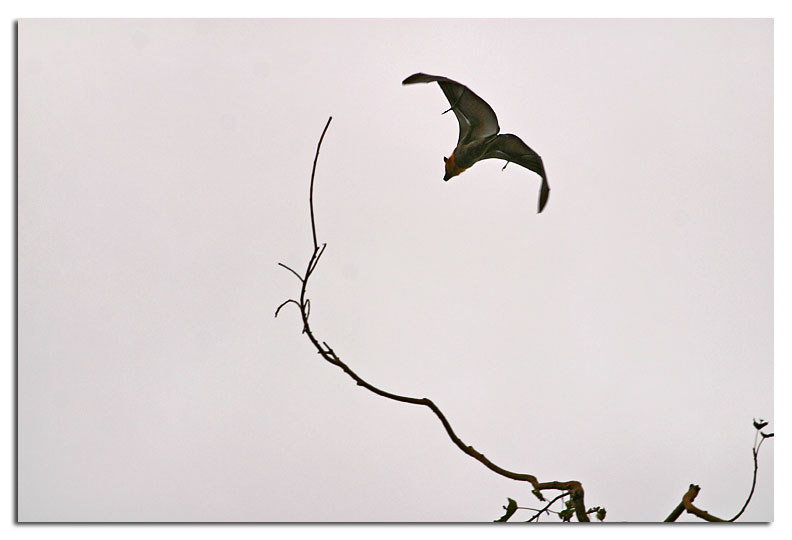 Back at the hotel I bid farewell to Bunny and took a shower to rid myself of the abundant dust. I'm settling into a pattern of taking an evening stroll, along the streets of wherever I happen to be. Watching things get busy as night approaches. I ambled south through Battambang, out of the busy center and along quiet streets with graceful colonial buildings. I found myself back at the Riverside Balcony Bar, in front of another couple of Angkors. Inexplicably, they were playing Clifton Chenier, so I sat there and wrote in my journal listening to Louisiana Cajun Blues. Another remnant of another French colony. There was no one there when I arrived, but soon the place filled up and the table and a chairs that I occupied right overlooking the river were much coveted. Soon five people politely, yet firmly asked if they could share my space.

They were a team of doctors from France, here for a week to do what they could. One of them, Sara, sat next to me and we eventually settled on Spanish as the most mutually fluent language. We chatted for a bit about their experiences there in Cambodia, and mine. Eventually I bade them farewell and headed back out, to walk back to the hotel. Along the way I passed a street vendor wheeling a rickety cart full of large, brightly colored animal balloons. He asked (through sign language) if I wanted one. I thought for a moment and said, "no... I guess I don't need one" He smiled and continued on his way.

I heard the sound of drumming and followed it to a courtyard filled with people. In the center, lit by fluorescent lights, were two dragons. Each manned by two people underneath the costume, dancing in time to the drumming. Children lit off fireworks nearby. I watched from the street for a bit, but wanted to see more so I pushed my way in. As I moved around to the front of the crowd I found myself flanked by two young men. Not exactly menacing, but not altogether reassuring. Internally I eased off the safety and applied first pressure. And decided to leave the lens cap on the camera. I stood there for a while watching and the drifted away, I took the message to be "this is ours, treat it with respect." 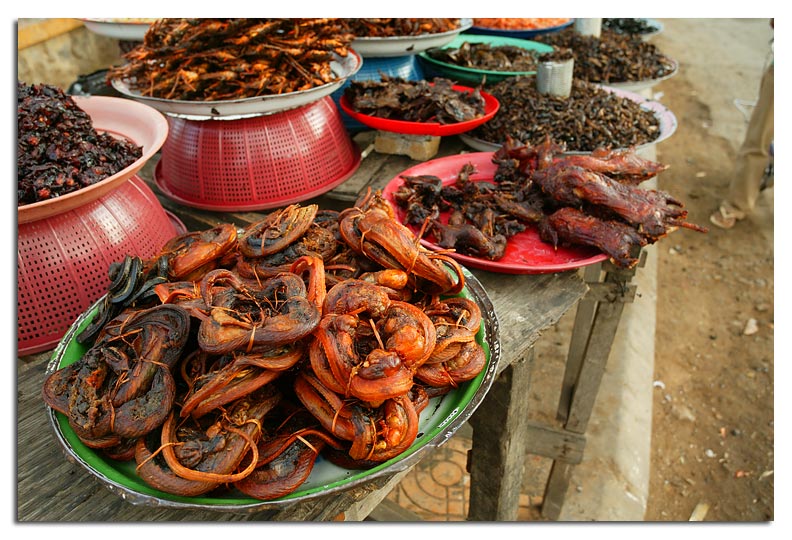 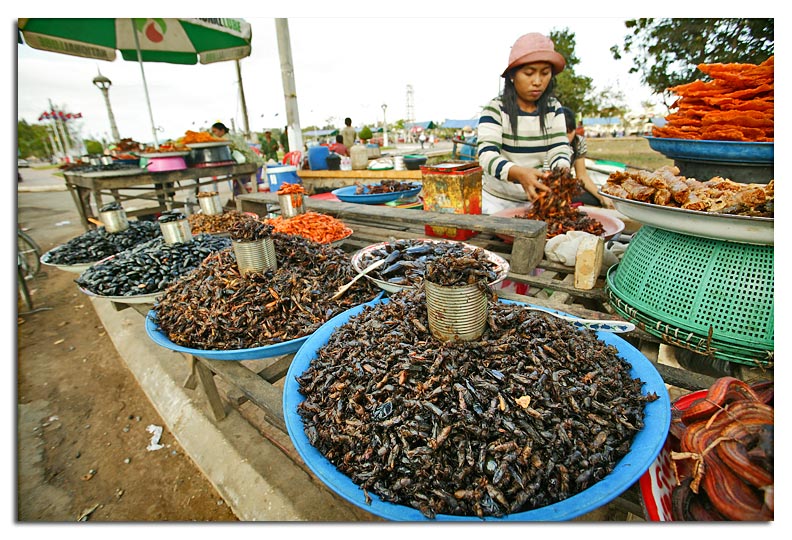 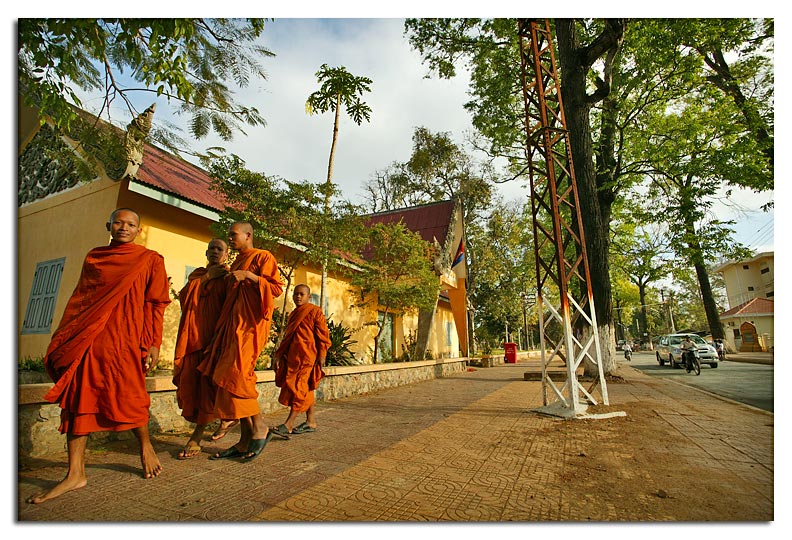 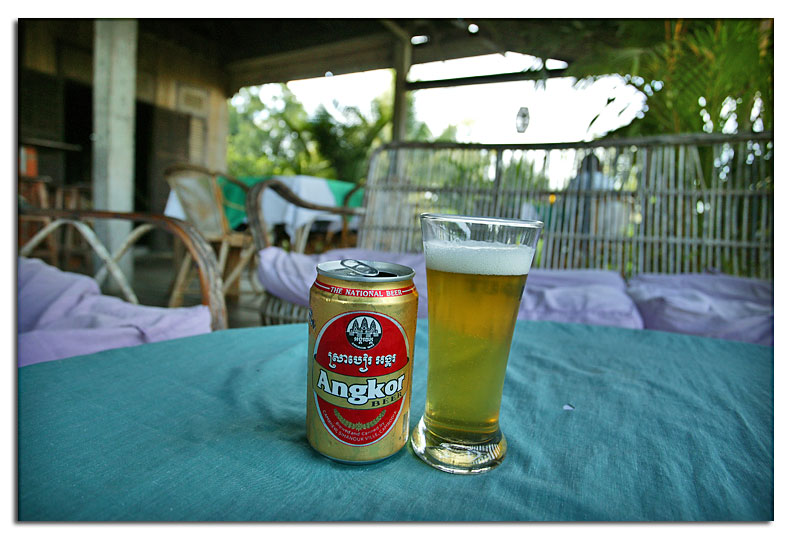