We then tuk-tukked north, to the complex of Angkor Thom.

"The wall of the city is some five miles in circumference. It has five gates, each with double portals. Two gates pierce the eastern side; the other sides have one gate only. Outside the wall stretches a great moat, across which access to the city is given by massive causeways. Flanking the causeways on each side are fifty-four divinities resembling war-lords in stone, huge and terrifying."

This description, apt as any of the entrance to Angkor Thom, was written in 1296 by the Chinese Envoy Chou Ta-Kuan. Once safely past the divinities (In fact they are 54 gods on one side and 54 demons on the other. They depict the Churning of the Ocean of Milk, wherein gods and demons vie to produce amitra, the elixir off immortality.) we proceeded to the Bayon, a glorious wedding cake made of stone, filled with carvings. Huge faces are carved into the towers, wonderful bas-reliefs decorate the third enclosing walls.  I poked through, letting it all sink in. It is its own place, to be sure, but the activity of clambering through stone passageways and over collapsed walls, of finding new passageways, or stopping and sifting the dust of a fallen empire through your fingers, or the echoing crunch that your feet make when you step off of a high lintel down into a new room. All of this brings forth inevitable comparisons with other places. Palmyra or Apmea in Syria. Or Teotihuacan and Monte Alban in Mexico. Of Cedar Mesa and Chaco Canyon.  Or Ait Bennhadou in Morocco.  We are, all of us and our civilizations too, but brief sneezes in the echoing expanse of time. 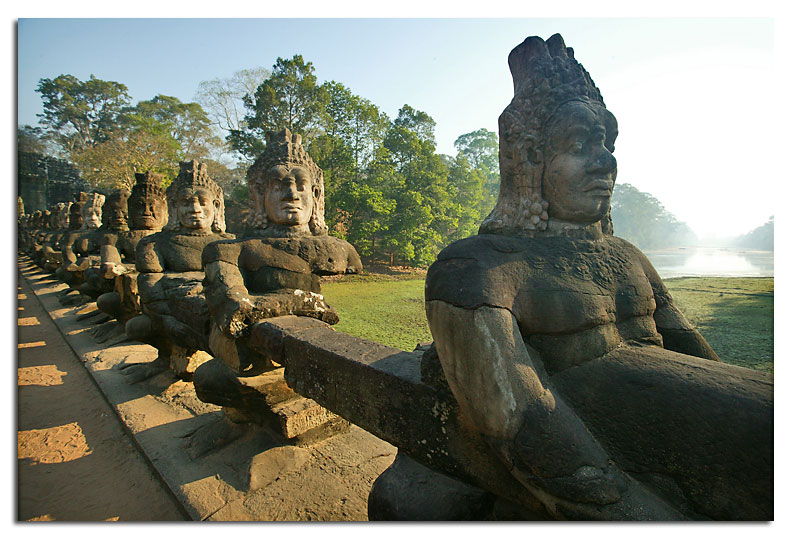 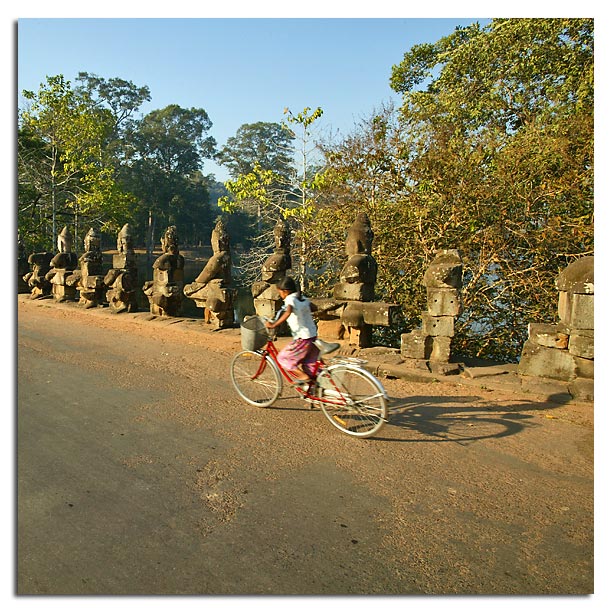 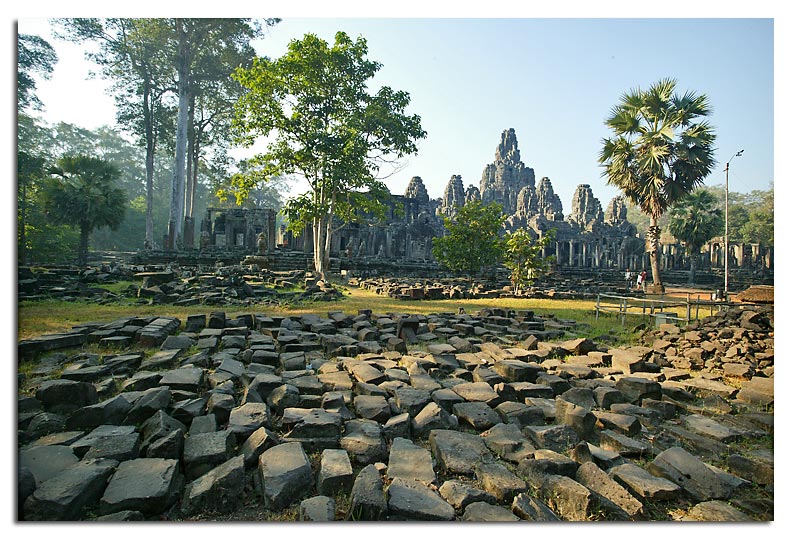 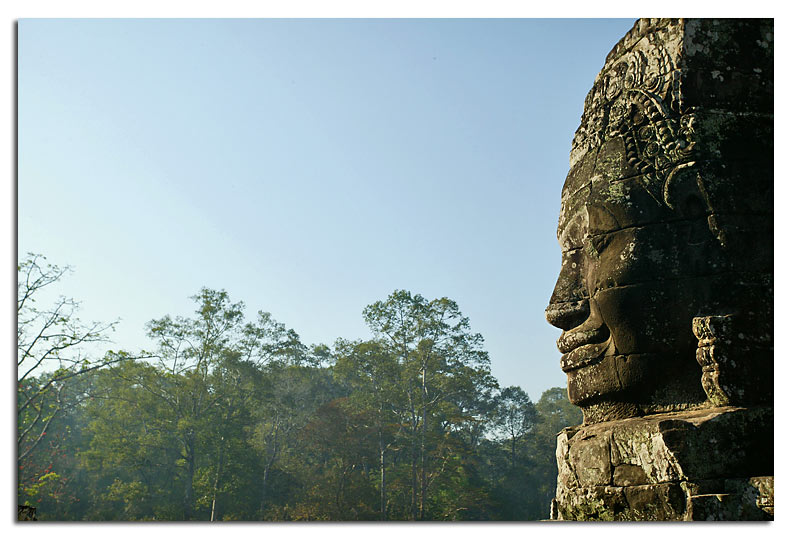 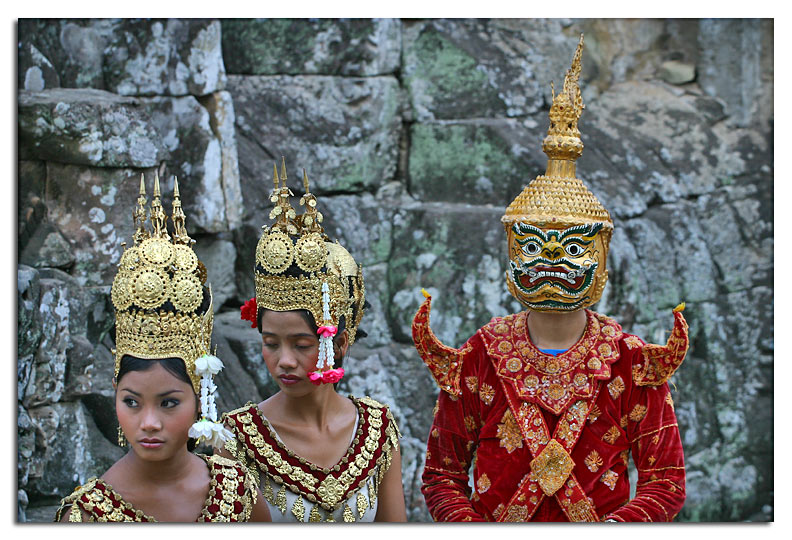 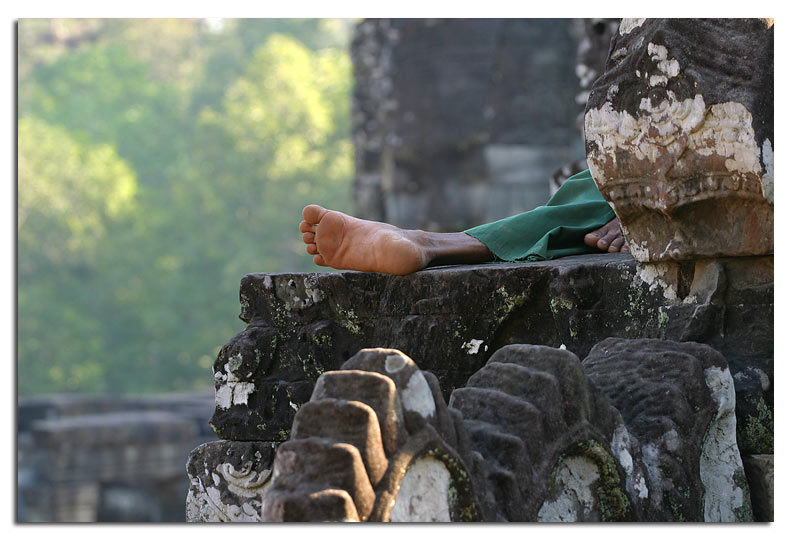 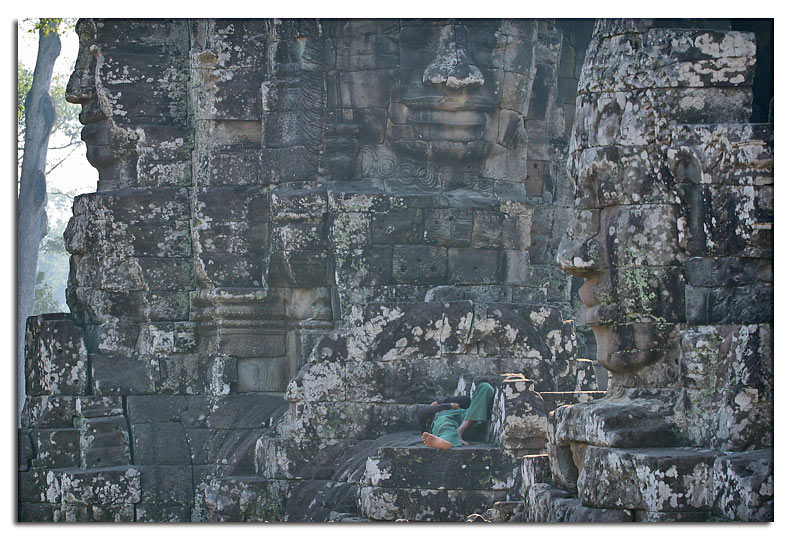 You can take a nap on a thousand year old temple. 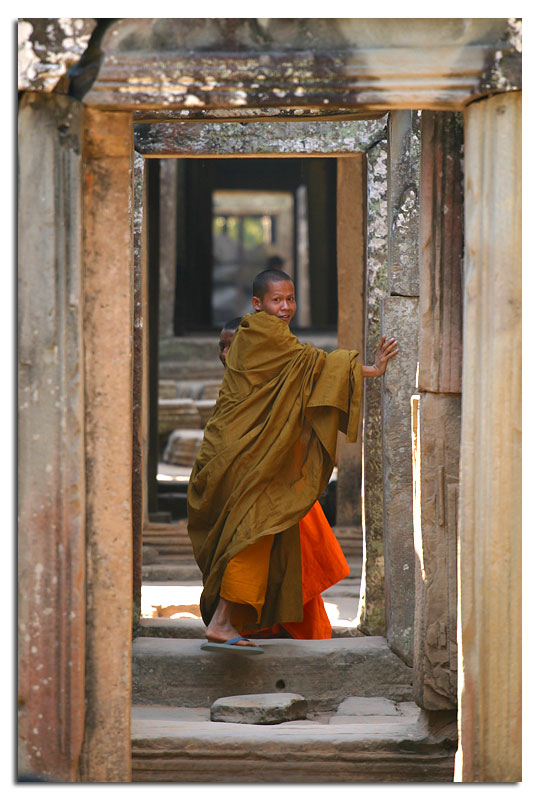 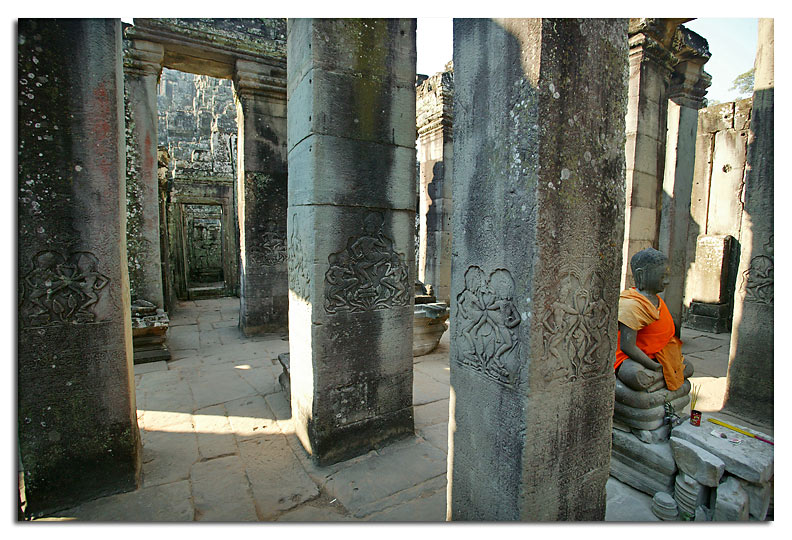 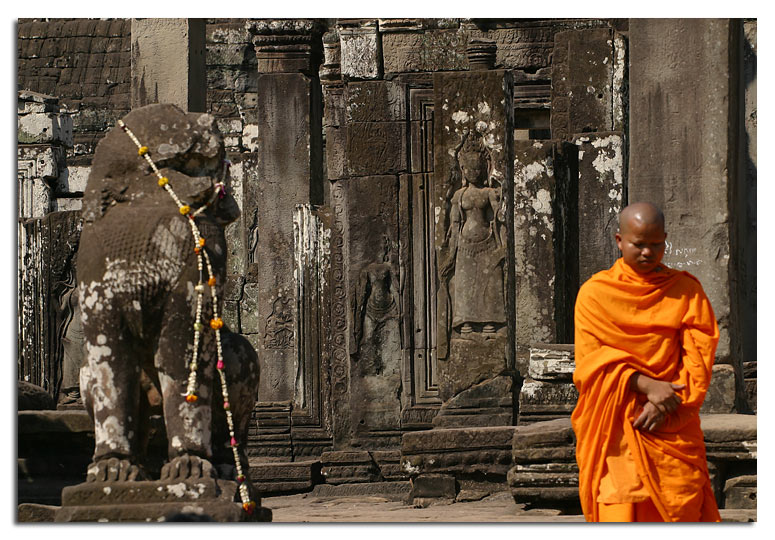 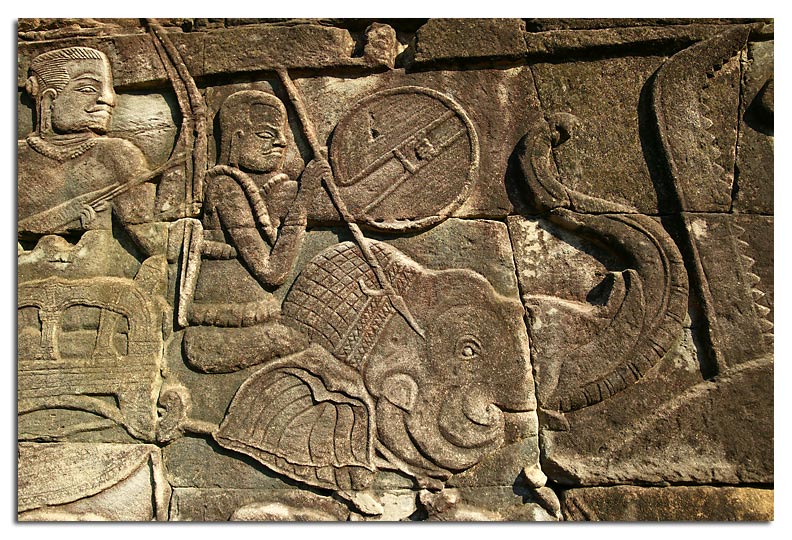 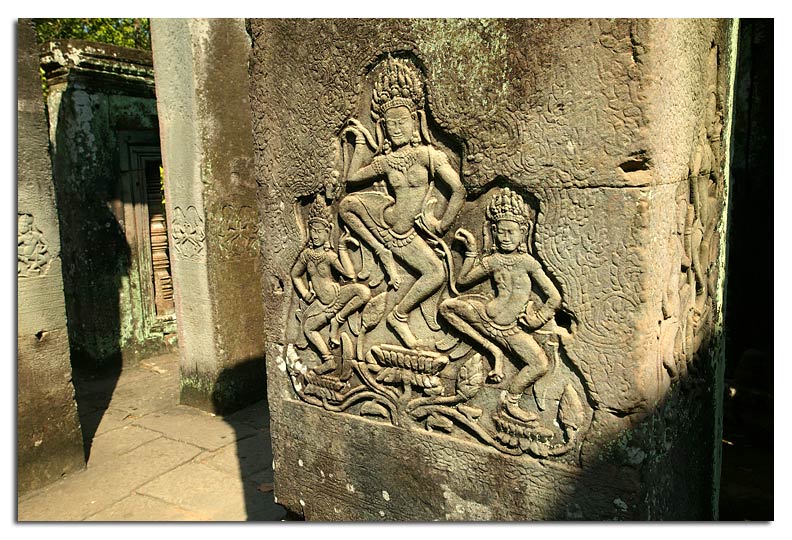 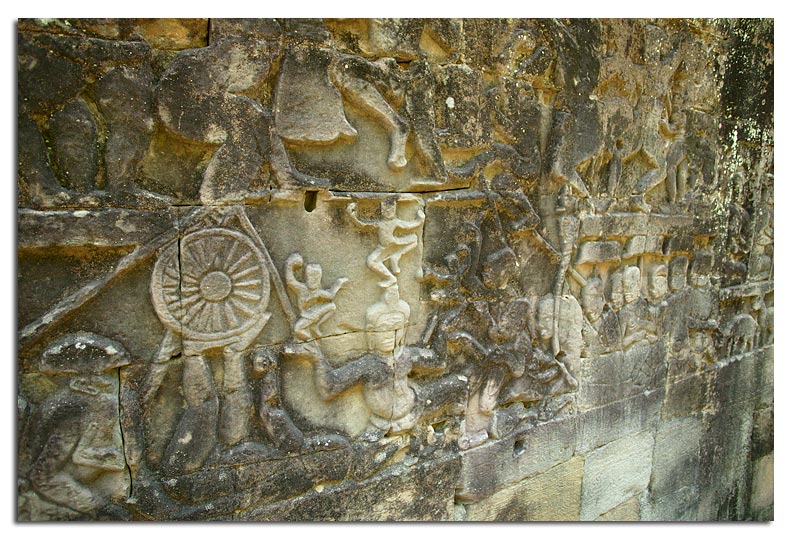 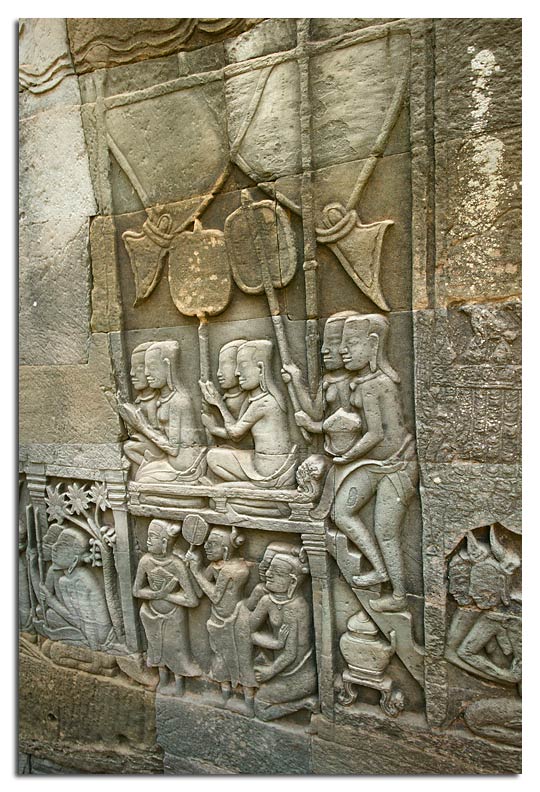 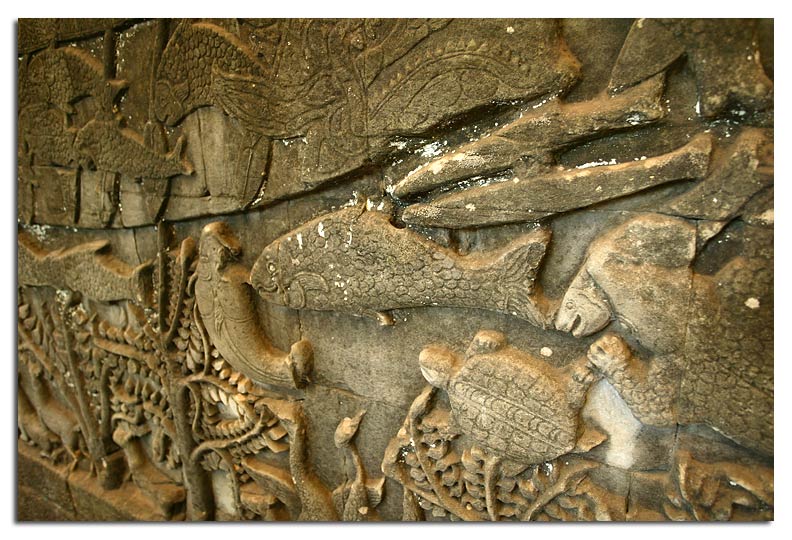 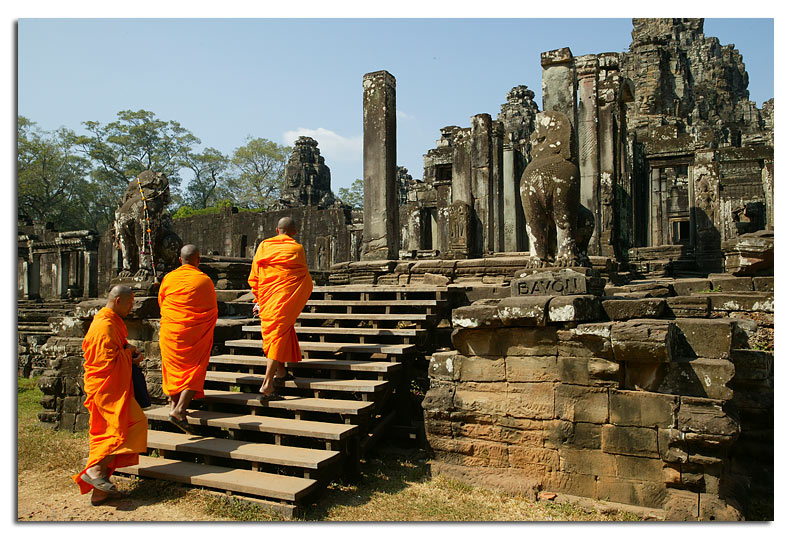