The '06 Rocky Mountain High MTBR Gathering
It lived up to its name. There were rocks. And mountians. And we were at really, really lofty elevations.

I almost didn't go. I was feeling low, and on the way out of Golden the transmission in the truck started acting decidedly funky. So i sighed,and turned around and headed back home, mentally preparing for a birthday spent alone and moping.  Luckily I have friends that are somewhat smarter than me, so the Icegeek and Jasonb staged a rescue mission, and by midnight I was en route to Salida. At this point I'm supposed to say something about how the journey passed without incident, but in fact we almost drove off the road in a very dark and confusing construction area. And my bike was dragged along the pavement for a bit. But the only damage was to the grip.

We arrived, racked out and I woke up the next morning aged 36 rather than 35. 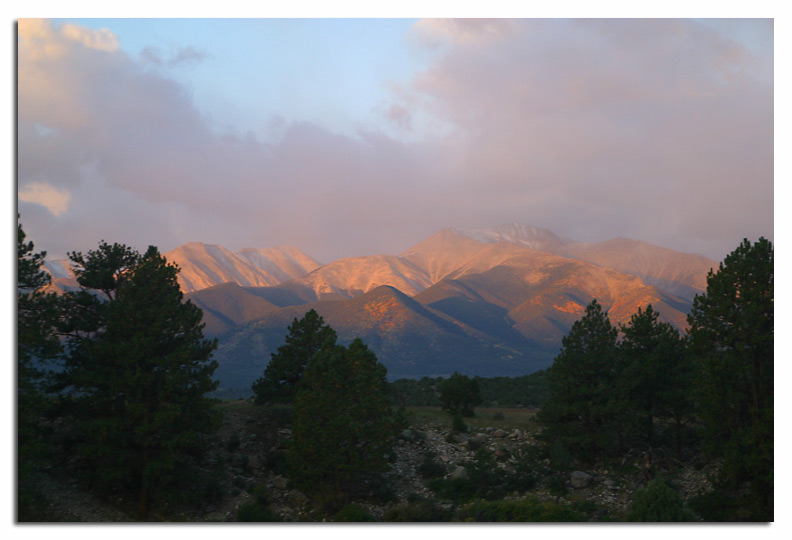 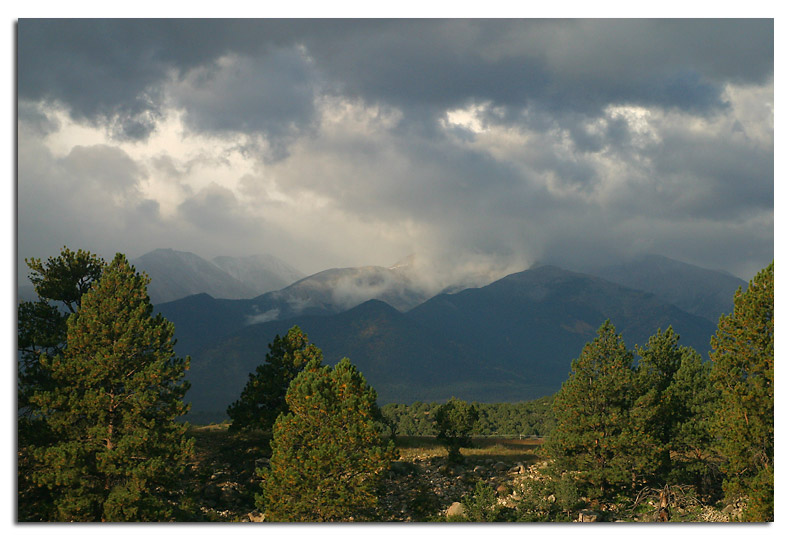 Note the less than welcoming weather conditions up high. Yes that is where we were going. The day's ride was to be a high country jaunt off of the top of Monarch Pass. Instead of heading south on the traditional Monarch Crest route, we headed north on the Continental divide trail, up, up and away through the top of Monarch Ski Resort and into the tundra of the above treeline world. A relevant quote from Nathan Ward's Salida Singletrack guidebook: "This is the most technical ride in the book, and should only be attempted by self-sufficient parties with expert riding skills. This is not an exaggeration. Dig?" 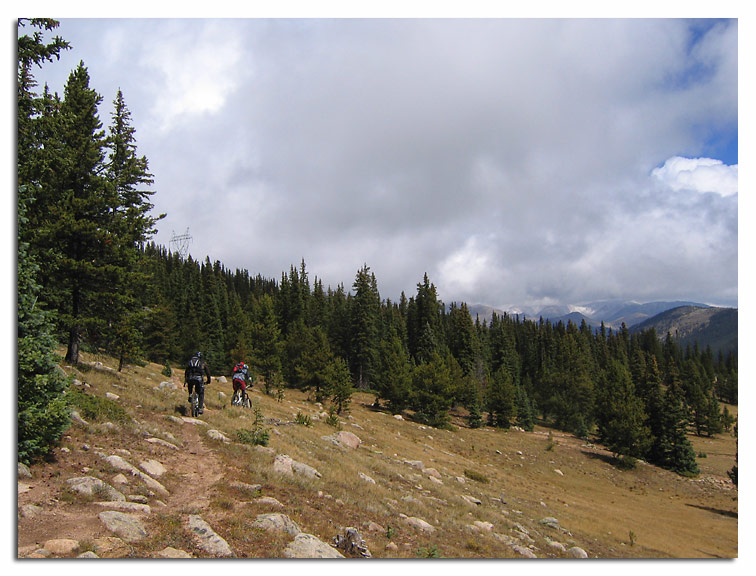 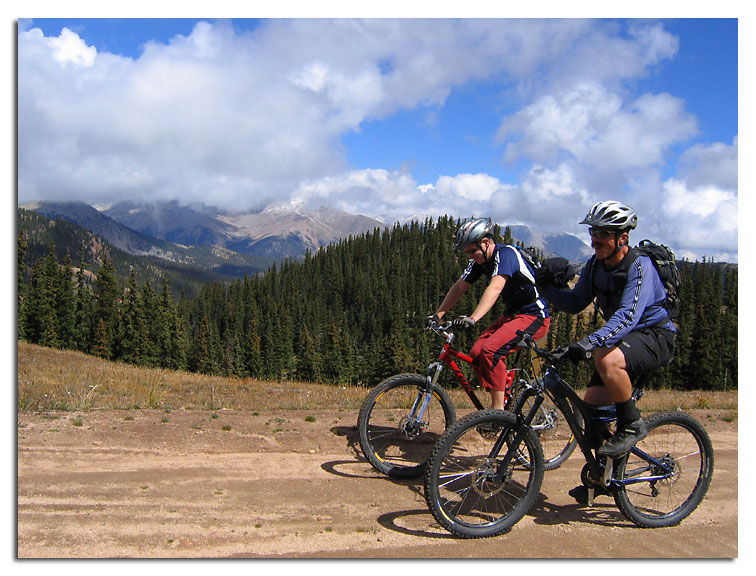 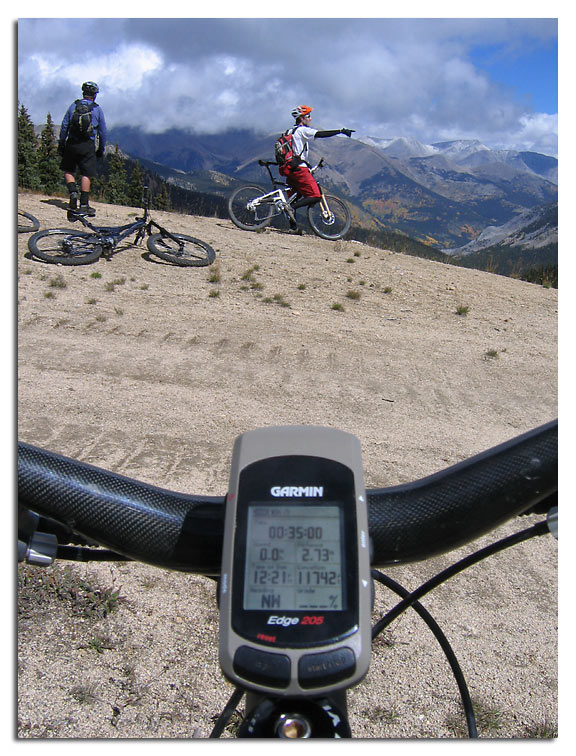 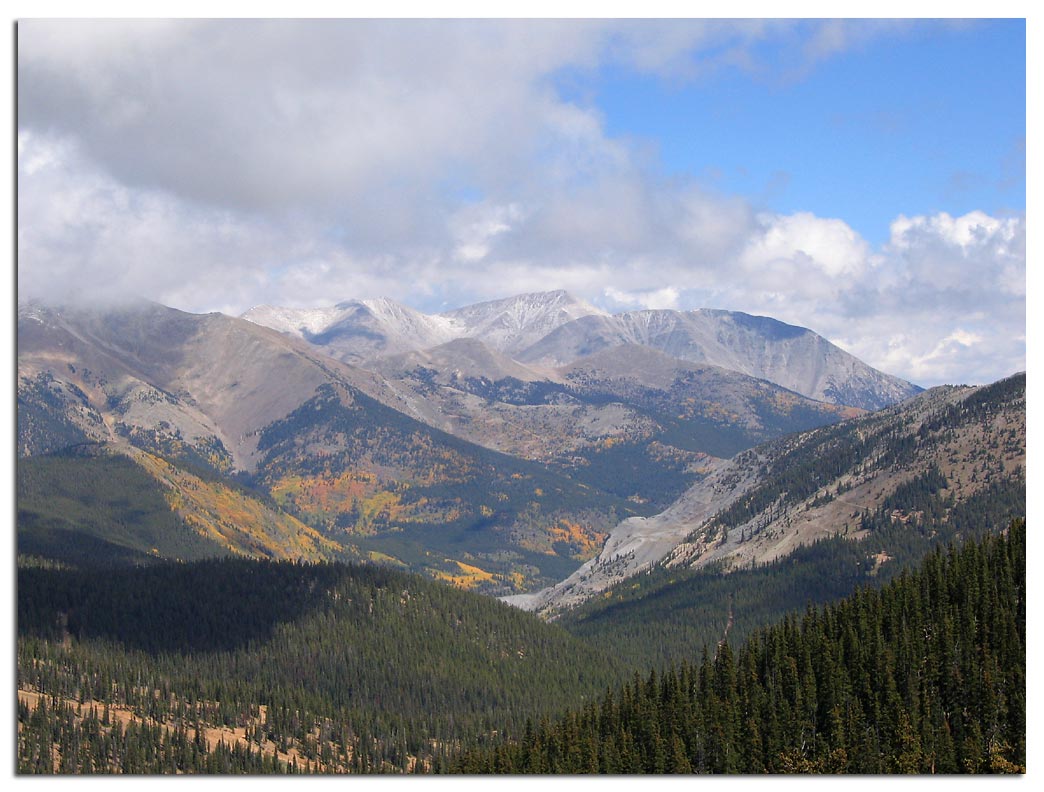 Yes, fall colour. In a short few weeks this will all look vastly different.

OK at this point I elect to withhold a photo. Suffice to say that high altitude can affect people and despite what some people post around here, some things are best left unviewed. 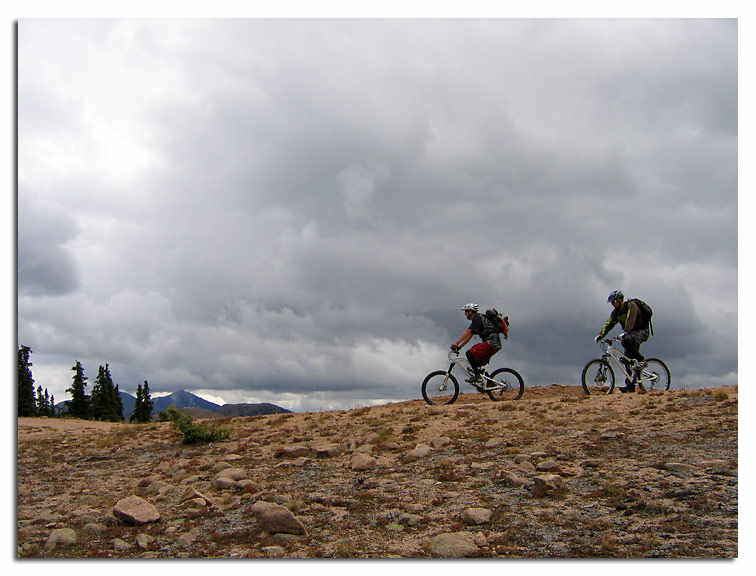 On to the tundra.