The story of this ride begins about 72 million years ago. A mere wink of geologic time. Around then an offshore subcontinent containing parts of California (figures!) Nevada and Utah collided with the West Coast of America, beginning a festival of mountain building known as the Laramide Orogeny. Then, as an added bonus, about 28 million years ago the whole region was uplifted, so 5,000 foot mountains became 10,000 foot mountains. These mountains created the Devil's Backbone. The Devil's backbone, along with the entire Dakota Hogback, used to be a horizontal layer of sedimentary rock. Specifically, the ancient shore of a tropical sea, where the Apatosaurus happily munched on some sort of prehistoric greenery, and the Allosaurus (we can only assume) happily munched on the Apatosaurus. Life was tropical, warm, and as long as you remained on the proper side of the munching, good. So how did this world get turned, quite literally, on its ear? Imagine yourself under the ice sheet of a frozen pond. The environs down there are quite cold, not to mention anoxic, so in your fervent desire to exit upwards to free, dry air, you punch your fist upward through the ice. Take a snapshot of that moment. Your fist, believe it or not, is the Rocky Mountains, and the ice that cracks and tilts upwards around it is the Devil's Backbone.

This pic sort of illustrates the broken and tilted nature of the Dakota hogback. 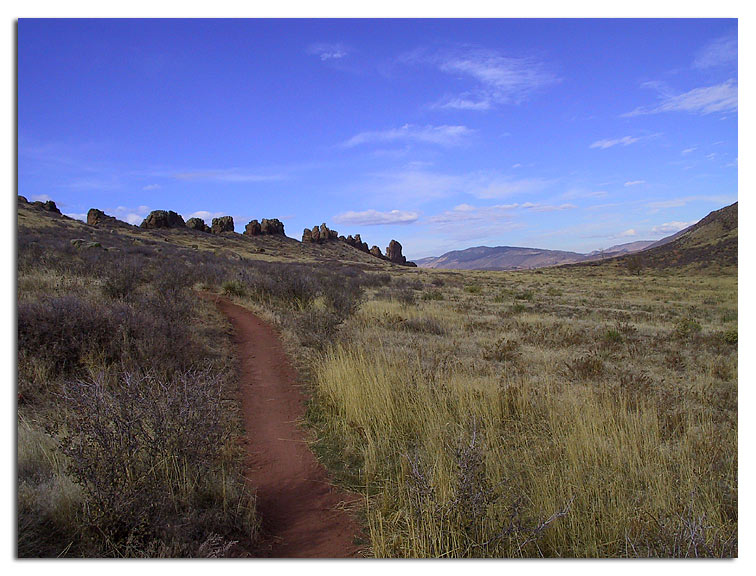 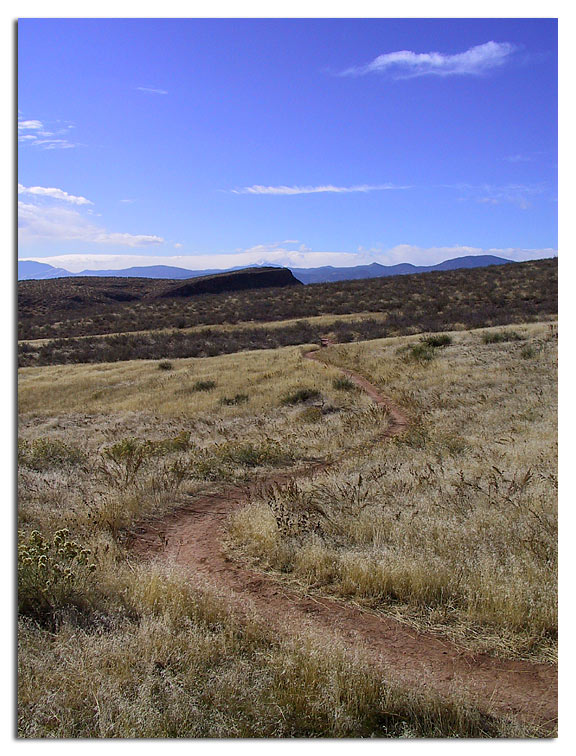 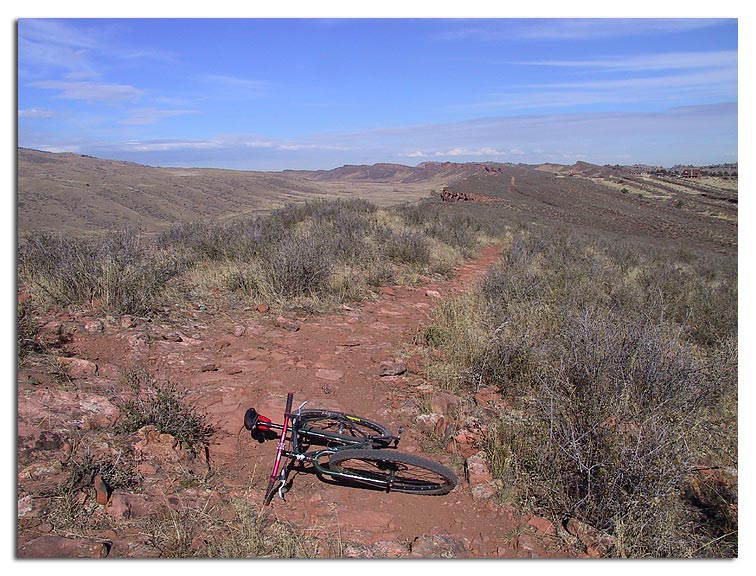 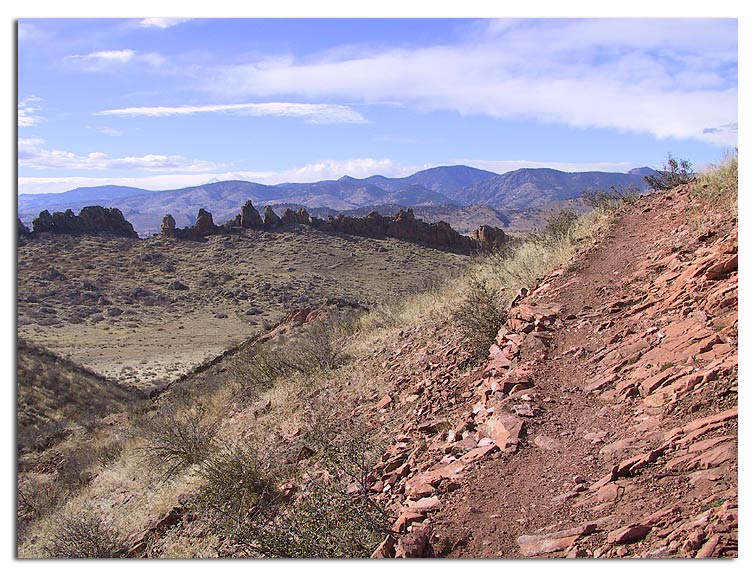 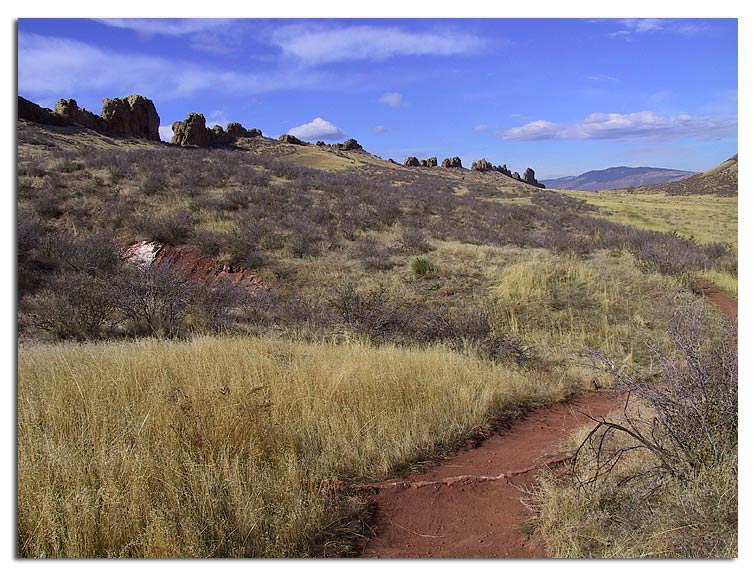 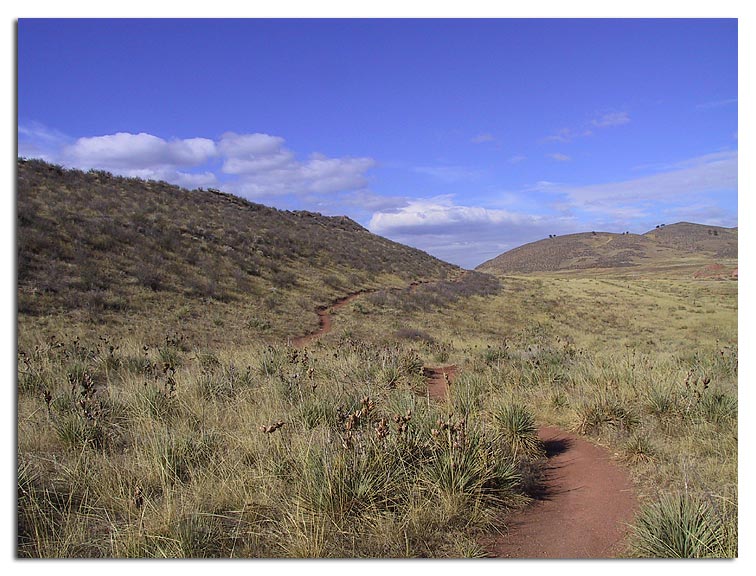