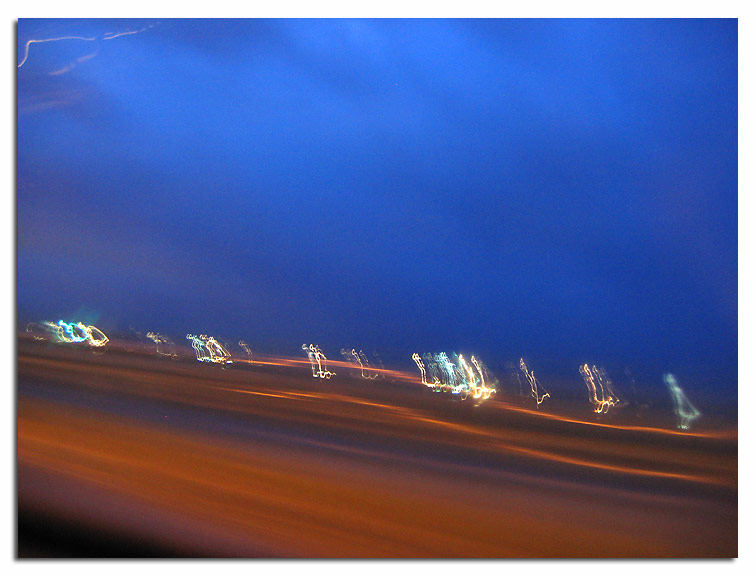 This was the first photo I took in Istanbul. A throwaway by almost any measure, but I display it prominently because this blurry snapshot of the Marmara Sea taken out of a taxicab window on the night of Valentine's Day after 13 hours of airplane travel seems to effectively capture my mood at the time.

Istanbul: Lovely, ancient, seething, cosmopolitan metropolis. Straddling two continents; cheerfully blending past and present.  I knew I would like the place the moment I arrived. In the airport bathroom there is a sign that reads, “Help us save water, flush twice”

I got to my hotel, flang my bags in the room and headed out.  It is Valentine's Day and I have a date with a city.

For me Istanbul was to be an elegant set of bookends. I flew into here as a launch point for a journey south, into Syria and Jordan. A day and a half in the city before, a day and a half after. These photos are a mixture of the two bookends. It is funny how the city took on two distinctly different aspects on the two visits. On the first visit the city seemed so exotic; on the second it seemed so organized.  These are merely lenses though, and by any definition Istanbul is a fantastic place. I spent the majority of my time in the central part of town, in the Sultanahmet area.  This is right in the thick of the historical district, with amazing things around every corner.  Ever since High School I have had a fascination with Istanbul, and in particular, the Hagia Sofia and the Blue Mosque.  From textbook pages these building jumped out at me, with their soap-bubbly domes and minarets. From the roof of my hotel you can see both of these buildings. They are right together, bang in the middle of the Sultanahmet. Squared off and facing each other like sumo wrestlers across a park. 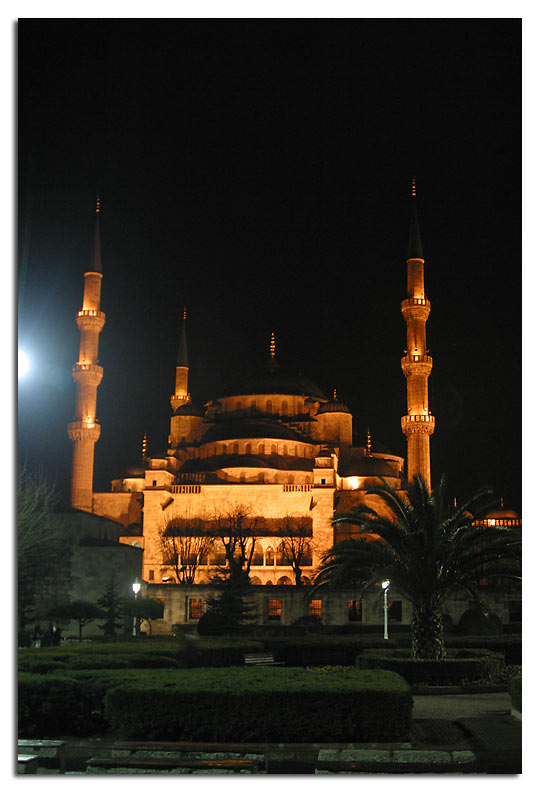 There's the Blue Mosque at night.  Built in the early 1600s, the sheer beauty of this building raised eyebrows and was considered sacrilegious as it rivalled the beauty of Mecca itself. 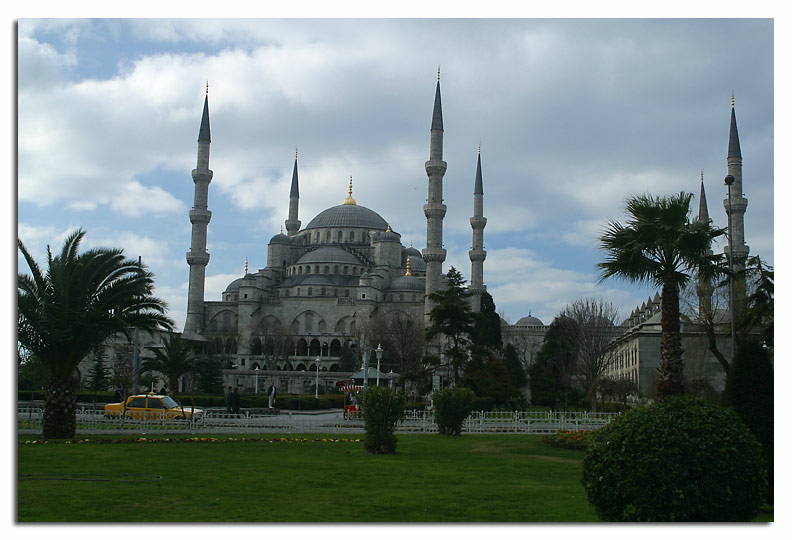 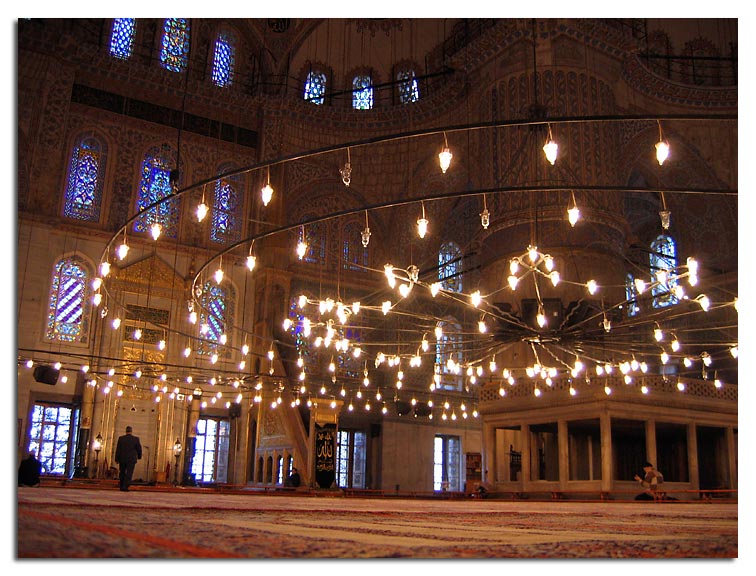 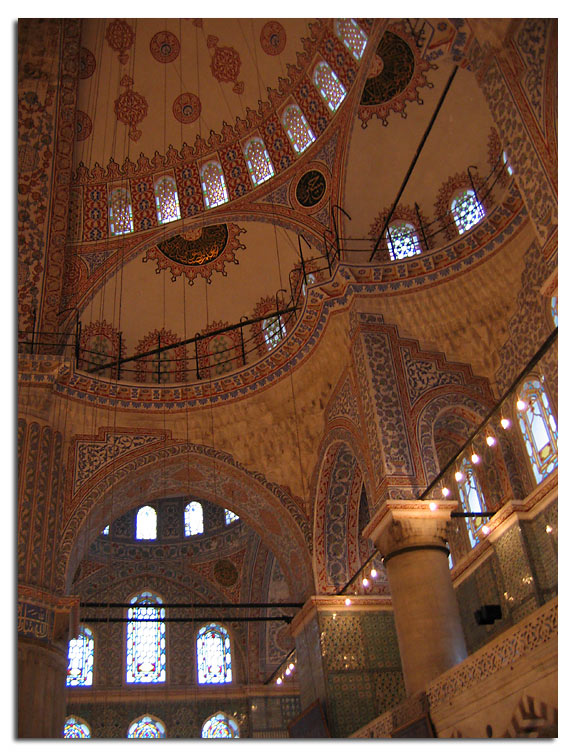 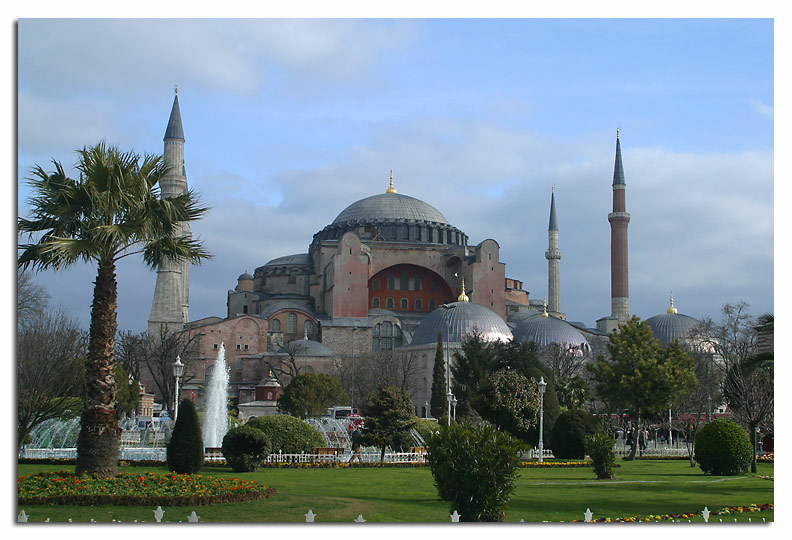 And this is the Hagia Sofia, the lovely old creature. More than a thousand years older than the Blue Mosque, and definitely a bit chunkier in its appearance.  Long before architects and engineers were able to use steel and glass to create a sense of weightlessness in their buildings, the Hagia Sofia did so with stone and masonry.  Built 537 A.D. (yes, that is a 3 digit number)  Much to my chagrin, none of the photos I tried to take of the interior are worth looking at. But in a way that is good as no photo could really do it justice. It is amazing.  The central nave is a huge, soaring space. It is somewhat mind-boggling that such an enormous space could be contained within walls.  And this was one of the first buildings to do this, to create this sort of vast interior architecture. 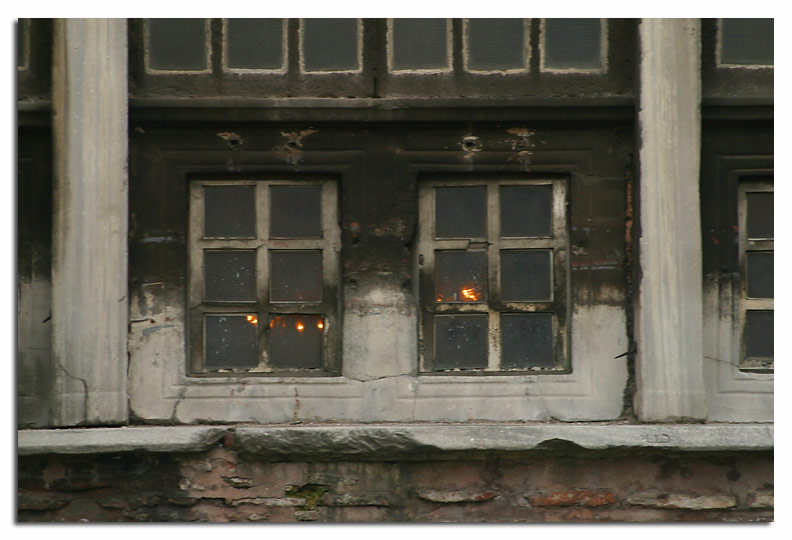 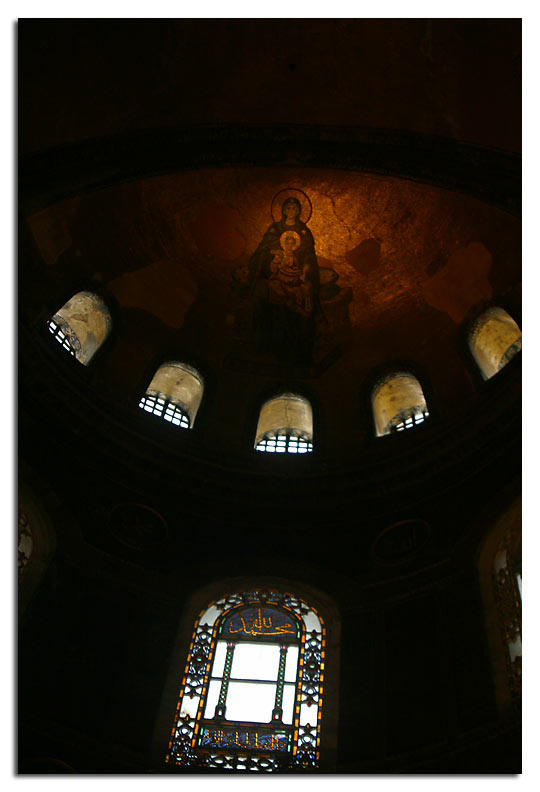 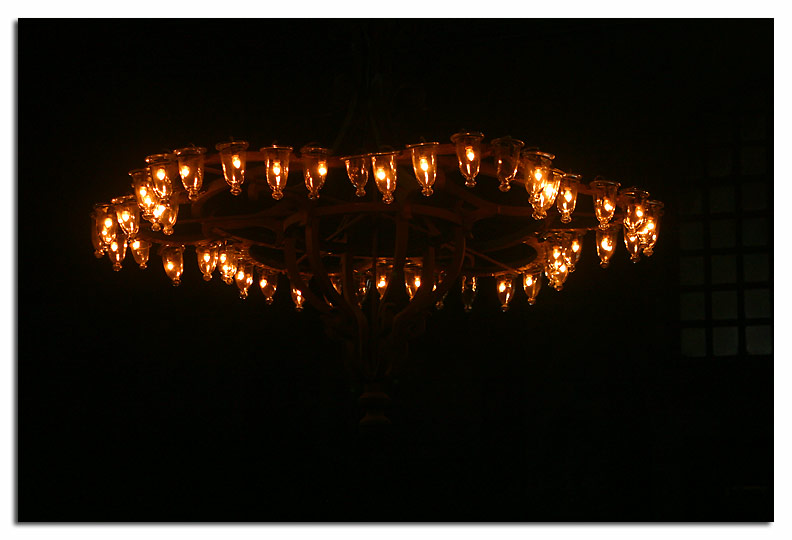 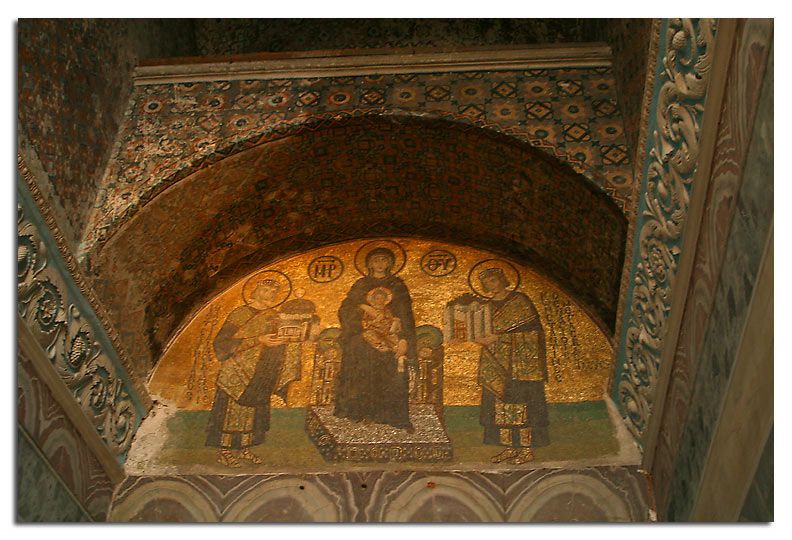