Today was to be our biggest driving day yet. Still operating with no set plan, we intended to head north, out of the wholly mineral landscapes of the south and into the foothills of the Atlas. Vegetation (aside from the explosions of green in the various palmeries) asserted itself gradually as we ventured into the foothills.  Somewhere north of Errachidia we were treated to storks nested atop a minaret. A relatively commonplace sight in Morocco, but amazing to our foreign eyes. 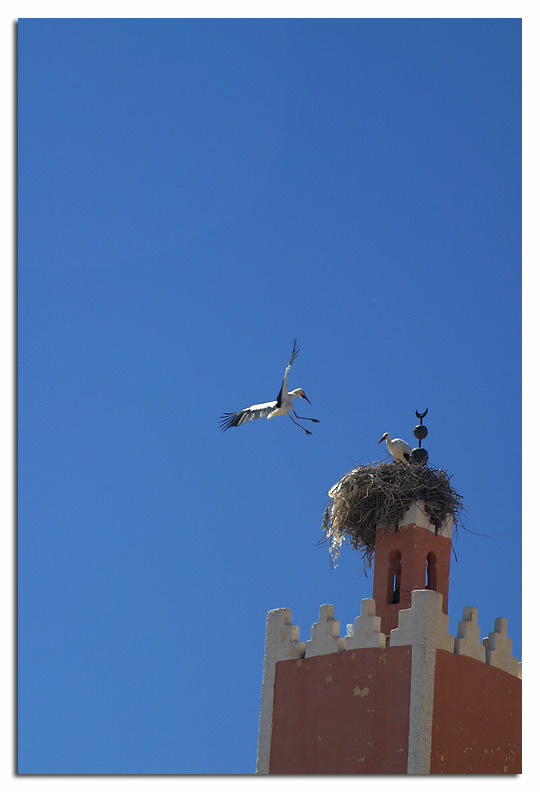 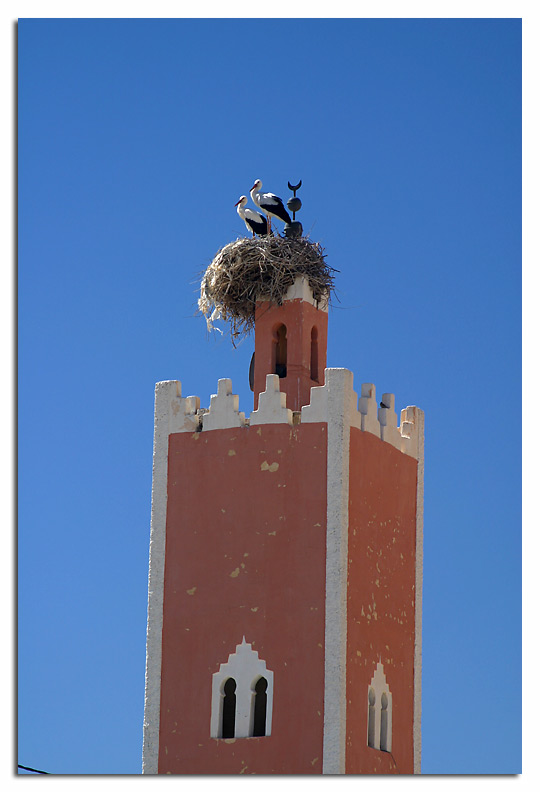 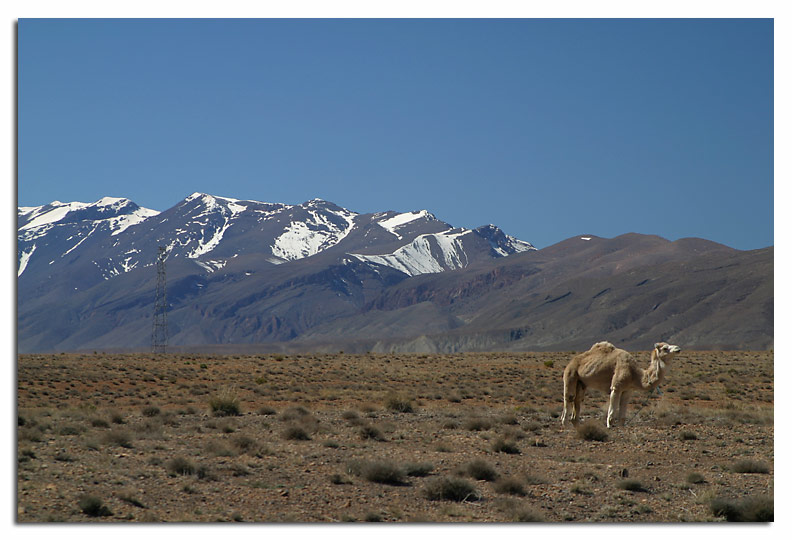 
Midelt was our intended goal, some 225 clicks north of Merzouga. We found it to be a somewhat uninspiring, dusty looking place, so we pressed onward, into the gradual vegetation. 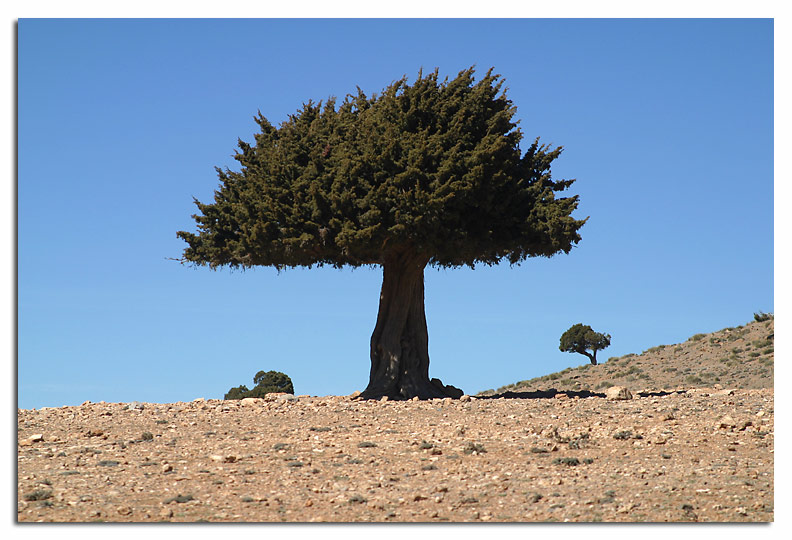 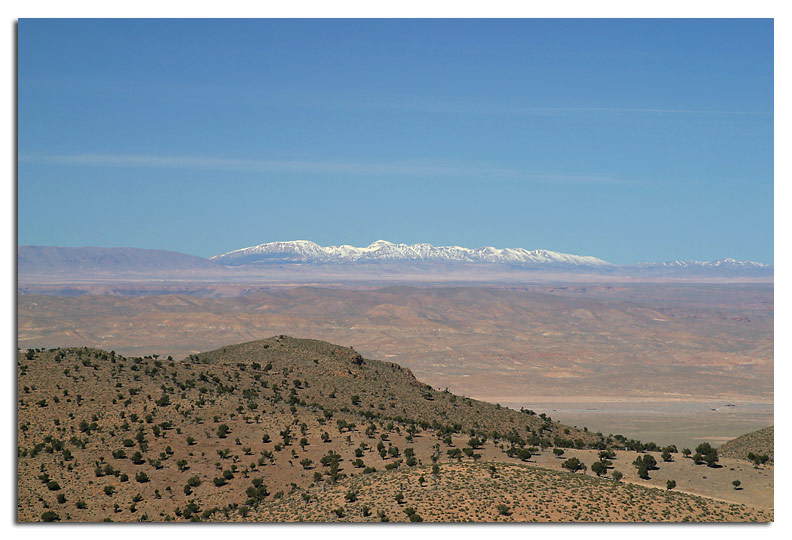 The Moyen Atlas from the Mguild 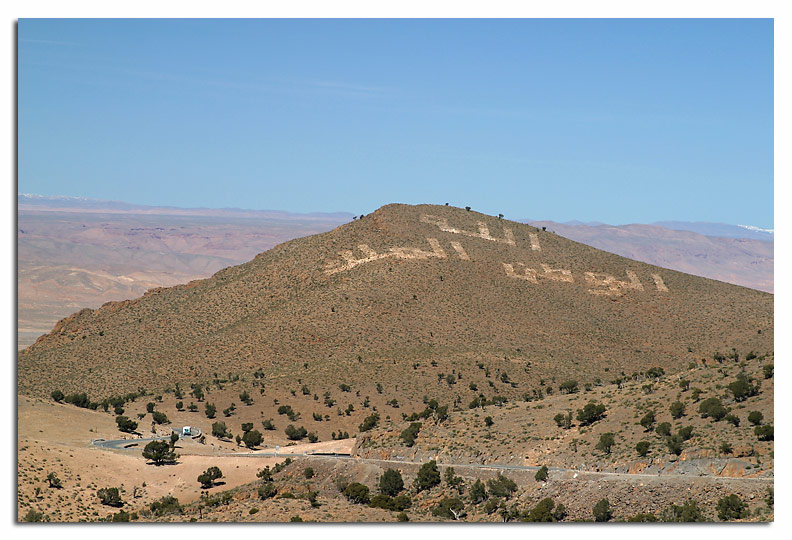 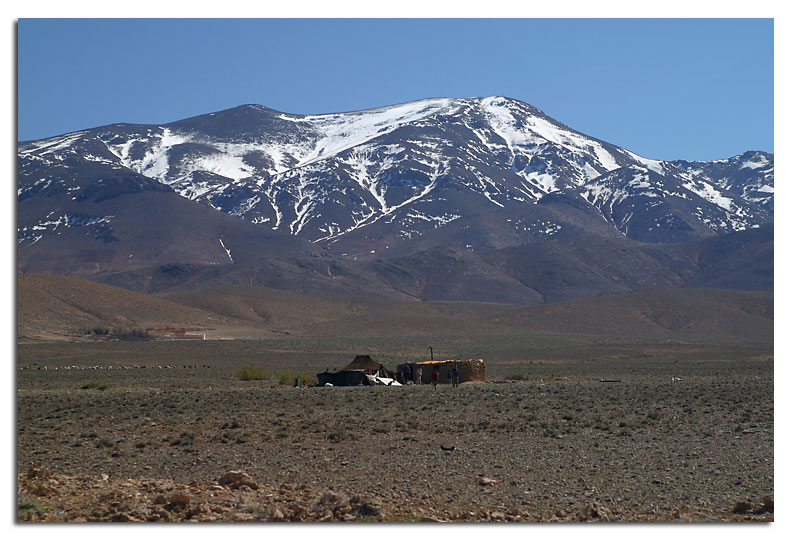 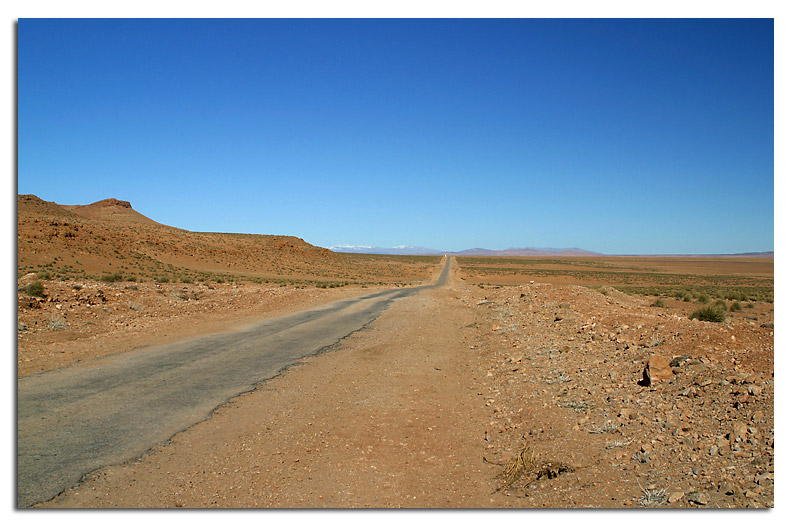 We pushed onward north of Midelt, opting for the less traveled low road through Boulemane. It was a glorious road, not much more than a lane wide, a ripe field for repeated games of chicken with the local drivers, with victory consisting of not having to drop a wheel onto the rocky and soft shoulder. Grand Taxis drivers have nerves of steel. You won't win. 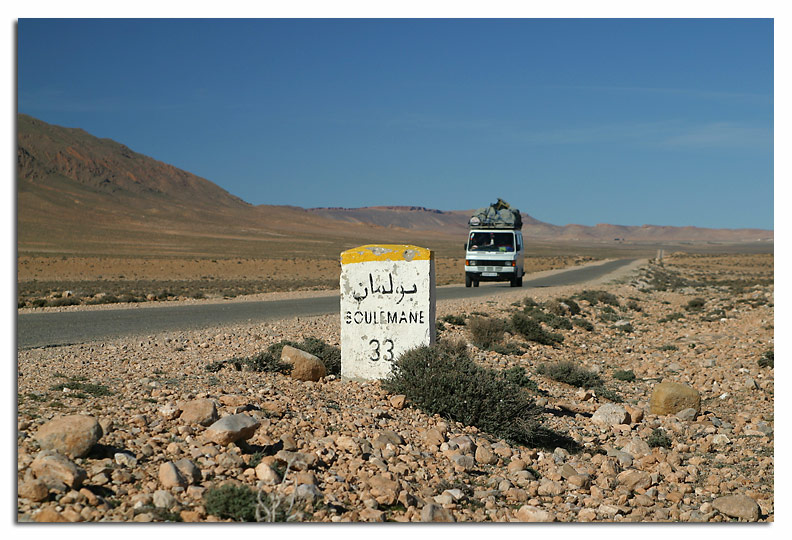 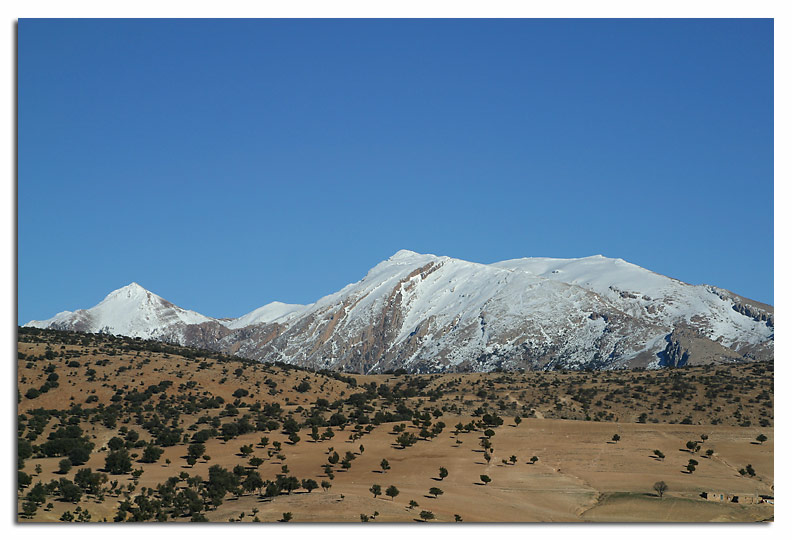