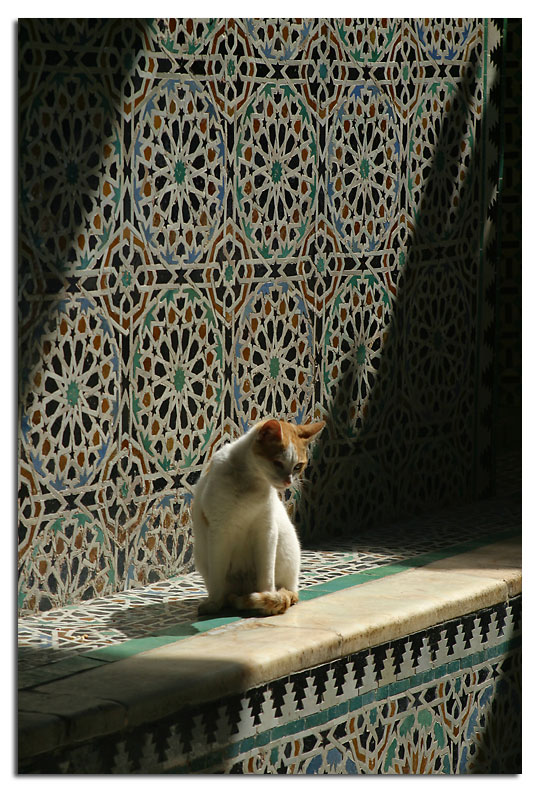 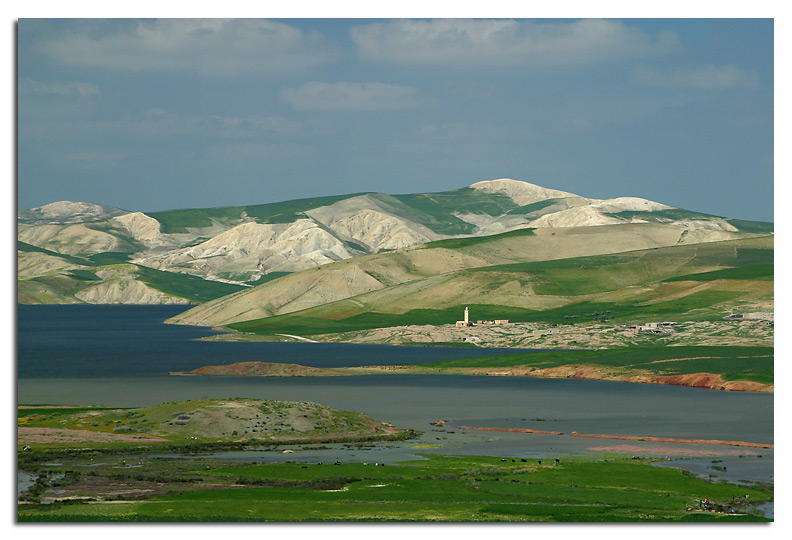 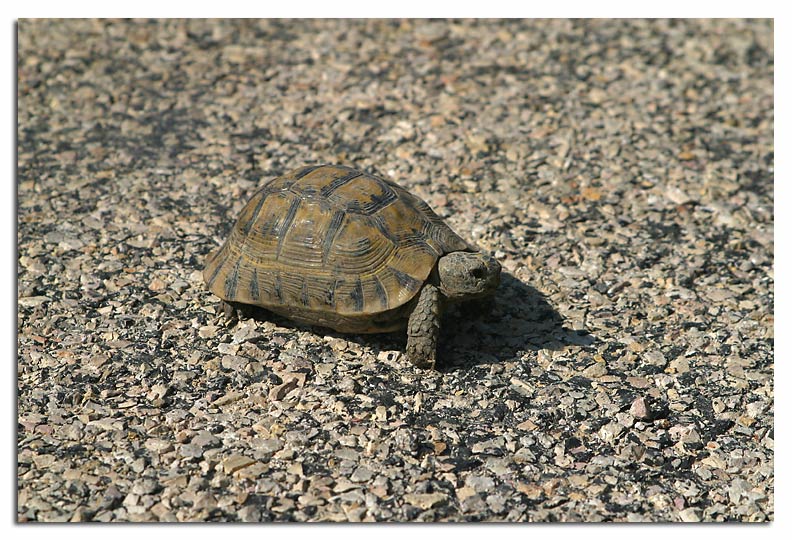 Volubilis was an outpost on the western fringes of the Roman Empire. Most likely it was built on the remains of a Carthaginian city in the second or third century B.C. These are the most fertile lands in Africa, and as such presented a strong draw for the Romans and their brisk market for olive oil and wheat. The city was also a market for the numerous African animals that were led to slaughter in the Roman coliseums: lions, bears and elephants, all long extinct in these parts. The site is striking, perched atop a plateau overlooking green fields, with the Zerhoun Mountains in the background.

In a charmingly biased observation, Edith Wharton offers up these words on the site:

After a time we left oueds and villages behind us and were in the mountains of the Rarb, toiling across a high sandy plateau. Far off a fringe of vegetation showed promise of shade and water, and at last, against a pale mass of olive-trees, we saw the sight which, at whatever end of the world one comes upon it, wakes the same sense of awe: the ruin of a Roman city.

Volubilis (called by the Arabs the Castle of the Pharaohs) is the only considerable Roman colony so far discovered in Morocco. It stands on the extreme ledge of a high plateau backed by the mountains of the Zerhoun. Below the plateau, the land drops down precipitately to a narrow river-valley green with orchards and gardens, and in the neck of the valley, where the hills meet again, the conical white town of Moulay Idriss, the Sacred City of Morocco, rises sharply against a wooded background.

So the two dominations look at each other across the valley: one, the lifeless Roman ruin, representing a system, an order, a social conception that still run through all our modern ways, the other, the untouched Moslem city, more dead and sucked back into an unintelligible past than any broken architrave of Greece or Rome.

Gosh, Edith, how do you really feel?

The Romans only occupied the site for a few centuries, and that occupation was at best an alliance of mutual interests with the Berbers, who never fully submitted to Roman rule. But the city remained a going concern until the eighteenth century, and the local population of Berbers, Jews, Syrians and Greeks spoke Latin in these parts until the 7th century.

When Sultan Moulay Ismil built the city of Meknes, all of the marble from Volubilis was carted off by slaves to be used in the new city. 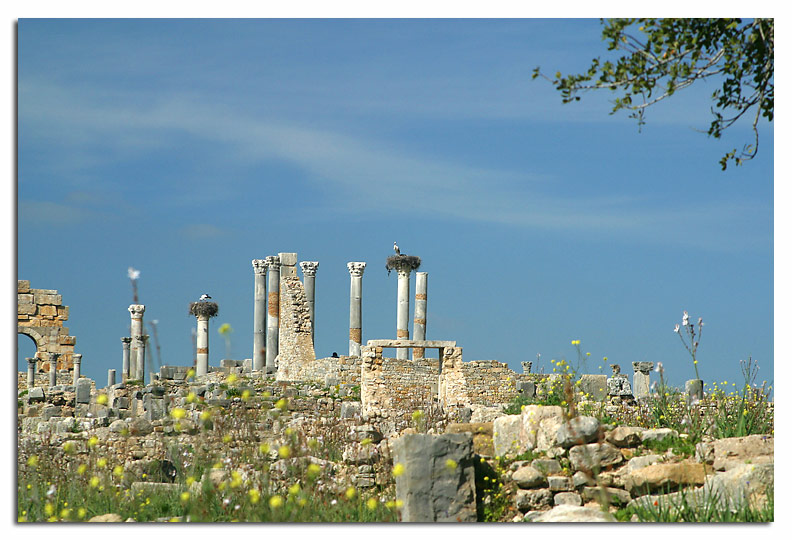 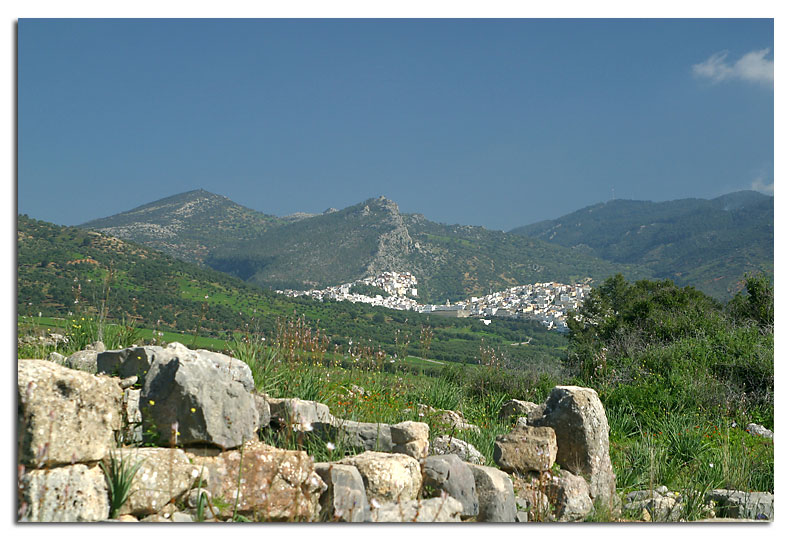 Moulay Idriss in the background. 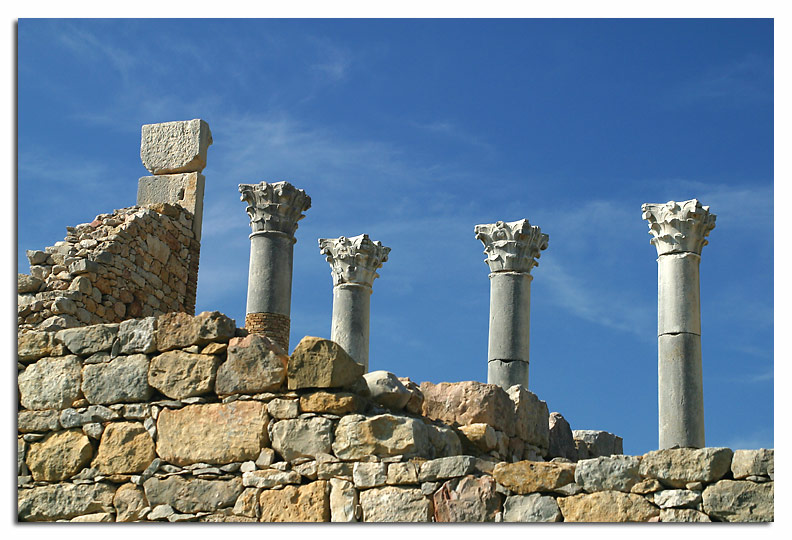 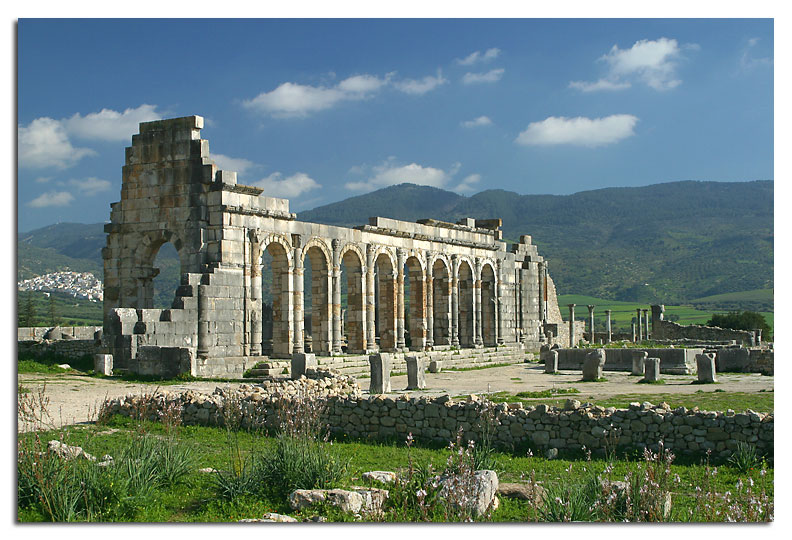 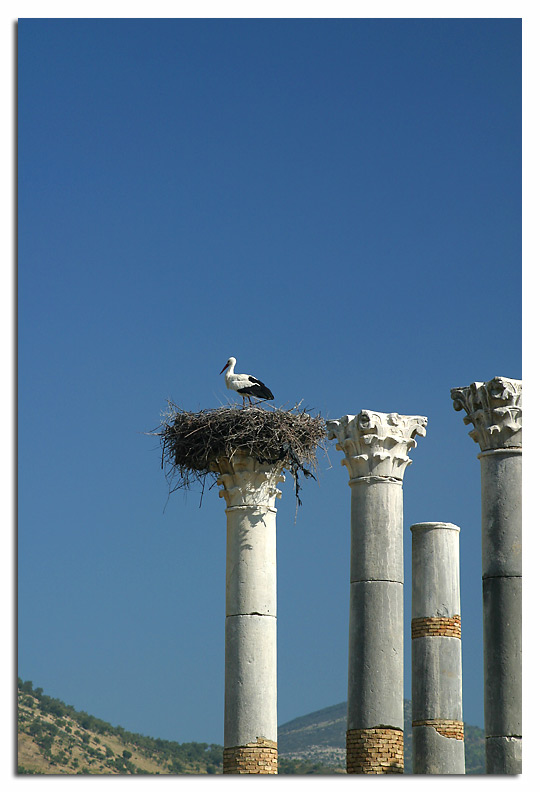 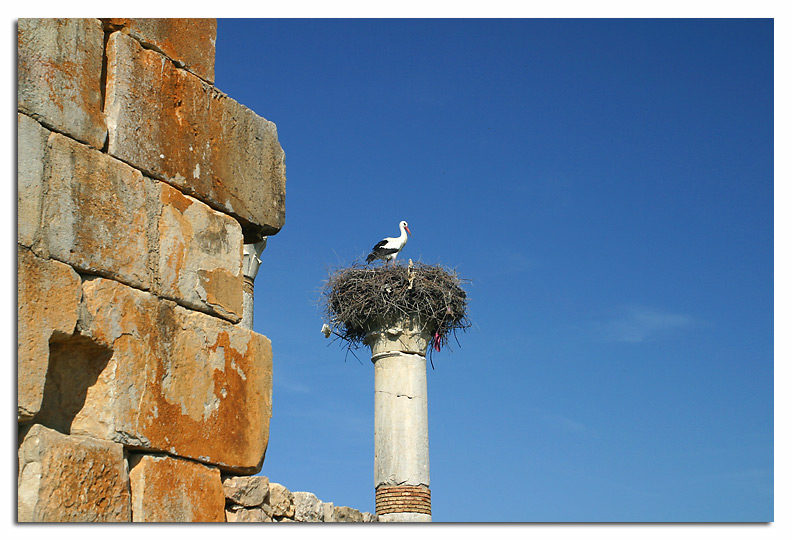 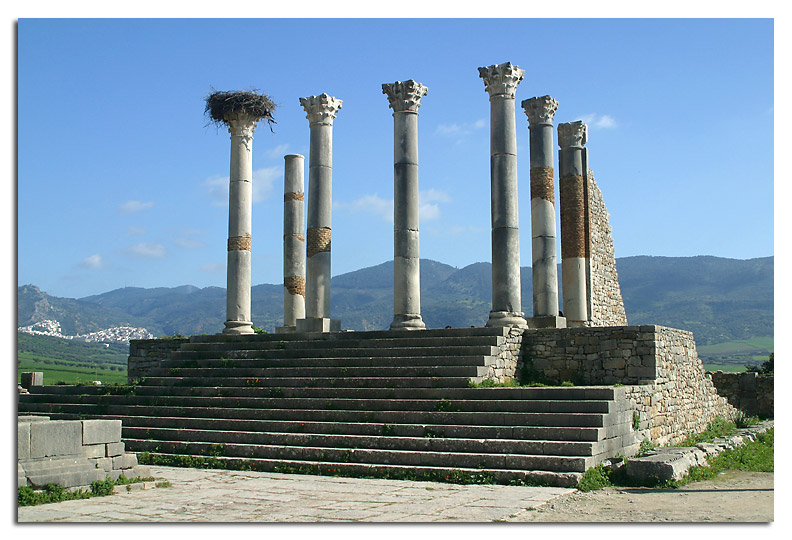 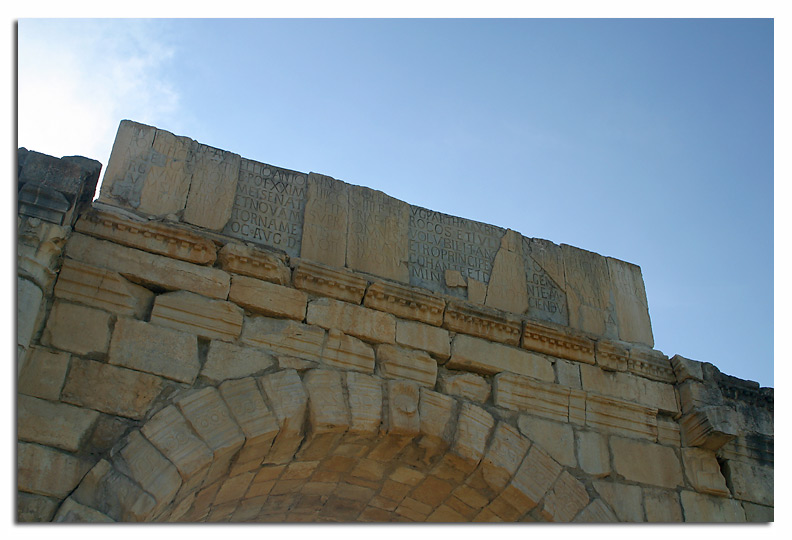 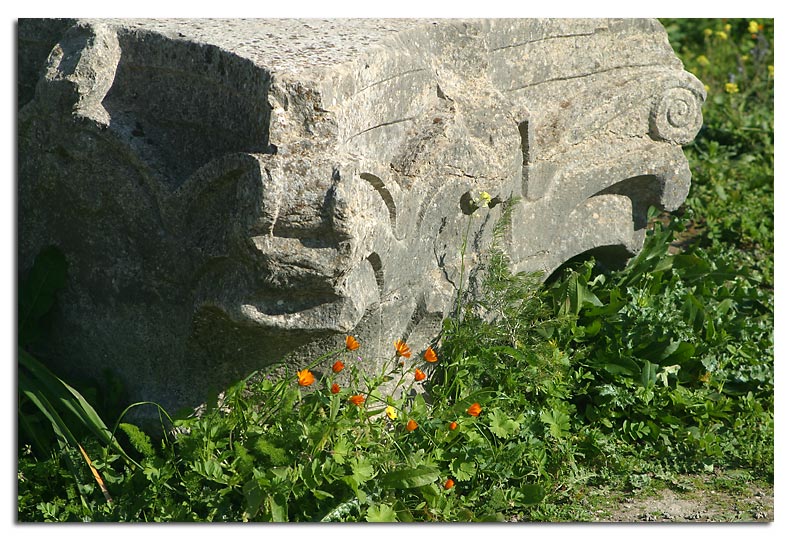