The next morning we awoke early (to the Muezzin’s call…) and breakfasted in the now slightly less creepy hotel lobby. After the now familiar rations of bread, oranges, exceedingly bitter and gritty coffee, and a hard-boiled egg, we loaded up and headed towards the Todra Gorge. The Todra Gorge represents the point at which the Oued Todra carves its way through the Atlas Mountains. The approach is fantastic. From the hustle and clang of Tenerhir you gently ascend upriver to a palmery. The Moroccan palmery is one of those uniquely third world – harsh environment creations. Faced with farming conditions that are, at best, absolutely forbidding, the agriculturalists of this area have maximized their opportunities. Through shrewd terracing and irrigation, every arable inch of valley floor is used.  What looks like a swath of palm trees is in fact an intricate layer cake of agriculture, a balanced system of date palms, olive trees, almonds and grain and vegetable crops, each strategically placed to best accommodate its natural predilections for water and shade. Though we visited in early spring, it was not too hard to imagine the cool respite that all this lush greenery would offer the sun baked desert traveler. 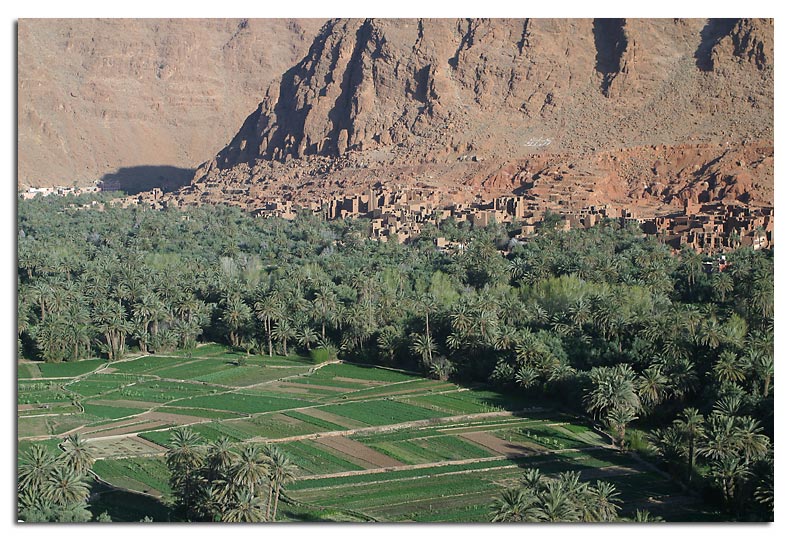 The palmery stops where the gorge begins. At its most intimate point, the chasm is 10 meters wide and 300 meters tall.  A short distance up the road the gorge widens into a dry valley. Timing is everything, were we a few months further into spring it would have been tempting to take our little silver camel further up and into the Atlas. There are a number of pistes that offer a tantalizing menu of opportunities for crossing over the Atlas. 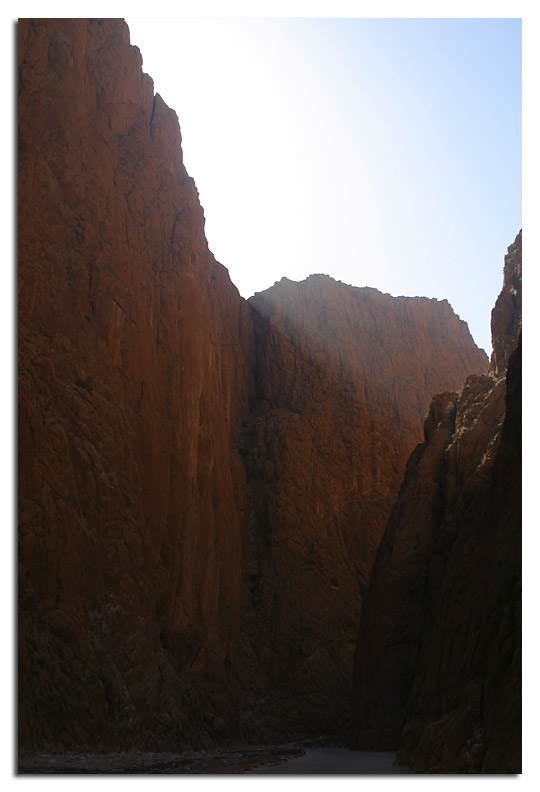 It is of course, one of those things that is fiendishly difficult to get a decent picture of.... 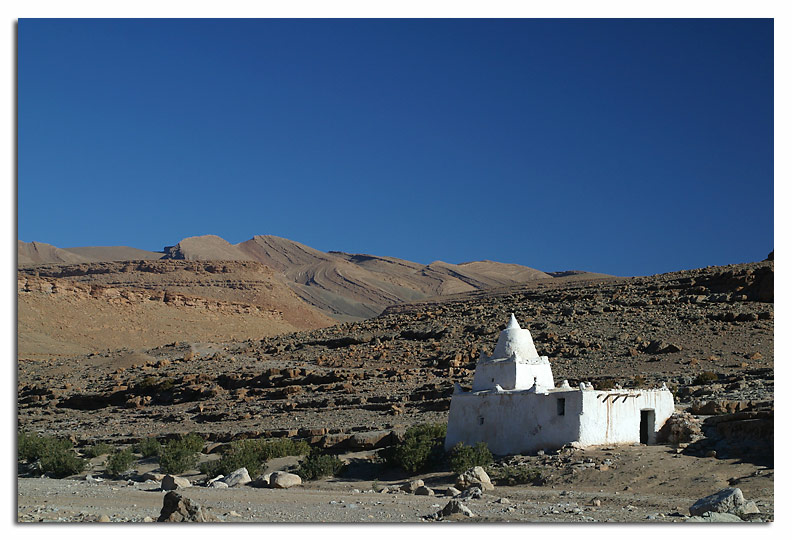 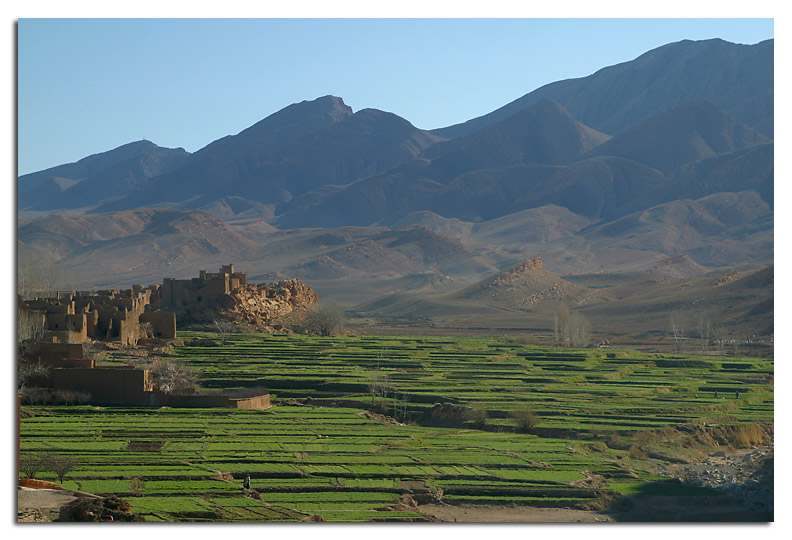 We contented ourselves with a short drive up to the scenic town of Tamtatoucht, and then turned around. Roadside shrines, shepherds and their flocks, terraced fields: it was all quite scenic and very Moroccan. 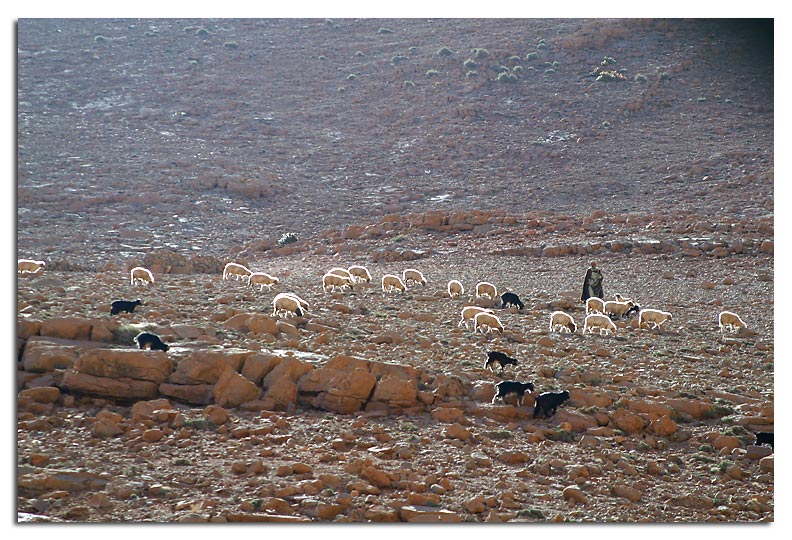 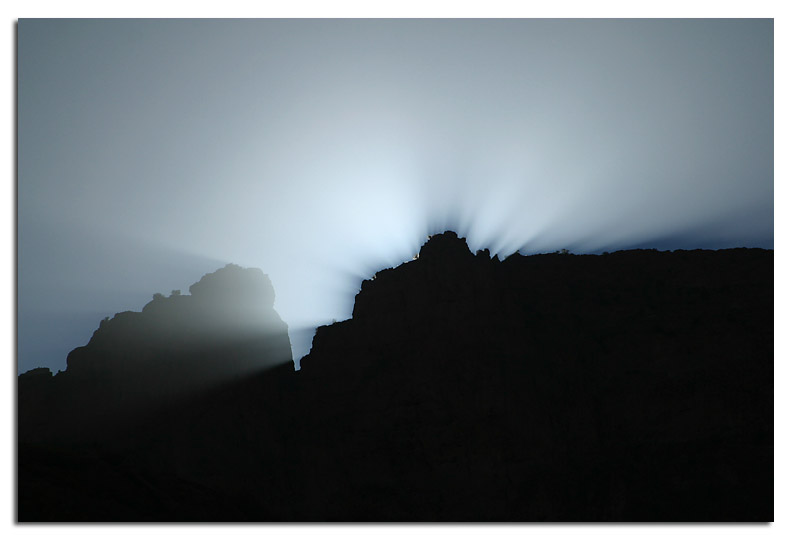 Once back out on the main road we continued our progress eastwards, out of the Atlas and into the Sahara.  We diverged from the main route through Errachidia onto a shortcut, a smaller road that cut right through to Erfoud. We saw camels on the hammada, and trucks in the Oueds. It became harder to see pictures because it all made sense. Paul Theroux traveled through Morocco and wrote “After only a week in Morocco, I had begun to feel like a water drop running down a porous surface: instead of proceeding briskly south, I was being absorbed as I moved along.”  I know how he feels. 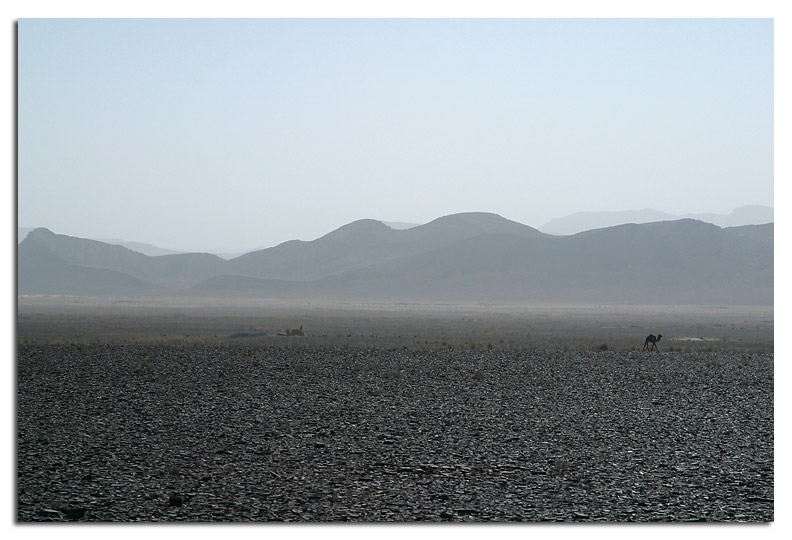 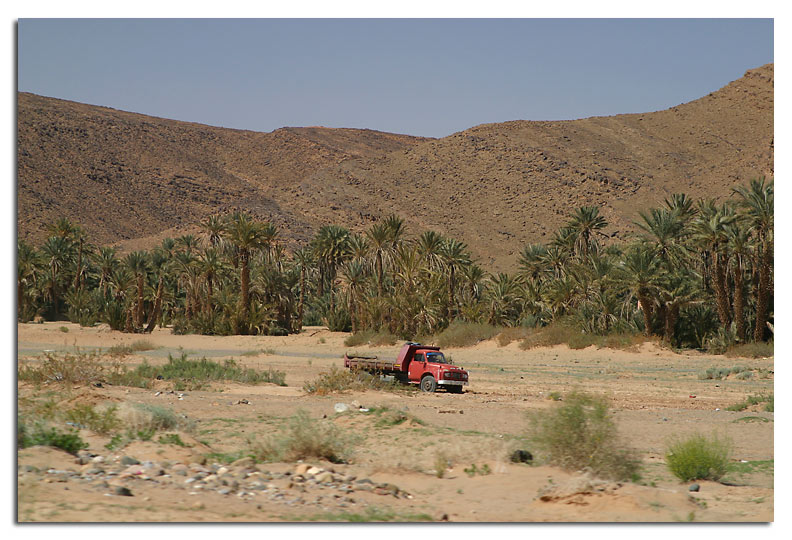 Rissani was a jumble of wanna be guides, European motor homes and unmarked intersections. We used the theory of centrifugal force and drove furiously around town twice before being ejected southeast, in the general direction of Merzouga. Exhausted from the chuff and clang of Rissani, we stopped on the hammada for a snack. (olives and canned hydraulic sandwiches)   A car slowed to a halt next to us. The man behind the wheel asked, “Is there a problem?” “No” we replied. “Do you want to stay in my hotel?” “No” we replied. He nodded, mutely, and continued north. 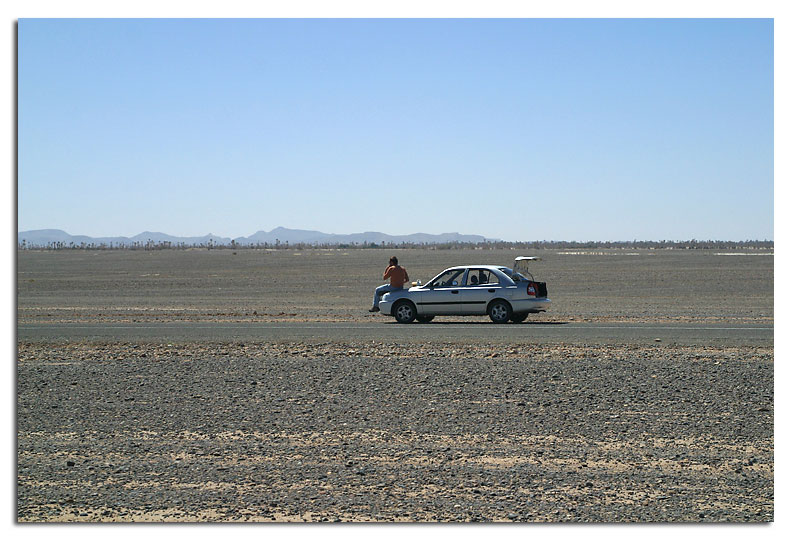 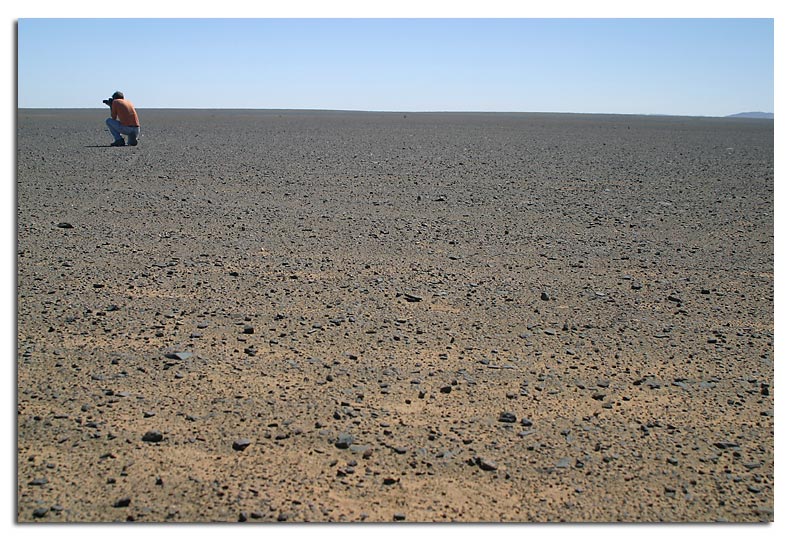 The hammada here feels like Mars. Not that I’ve been to Mars, but the texture of the desert floor looks a lot like all of the Mars Rover pictures we saw a few years ago. Rocks and Sand.  On the plane ride across the Atlantic, I read Dean King’s Skeletons on the Zahara, which documents the sufferings of Captain James Riley and his crew. Riley and company were shipwrecked off the coast of Morocco in 1815 and were promptly captured and enslaved by the nomadic Arabs who controlled the Sahara. I had a new found appreciation for their sufferings and I looked out across the rocky desert and imagined them, barefoot, feet bloody, dehydrated, running to keep up with the camels of their captors.

We could see the Erg Chebbi here, the dunes that line the Algerian border. 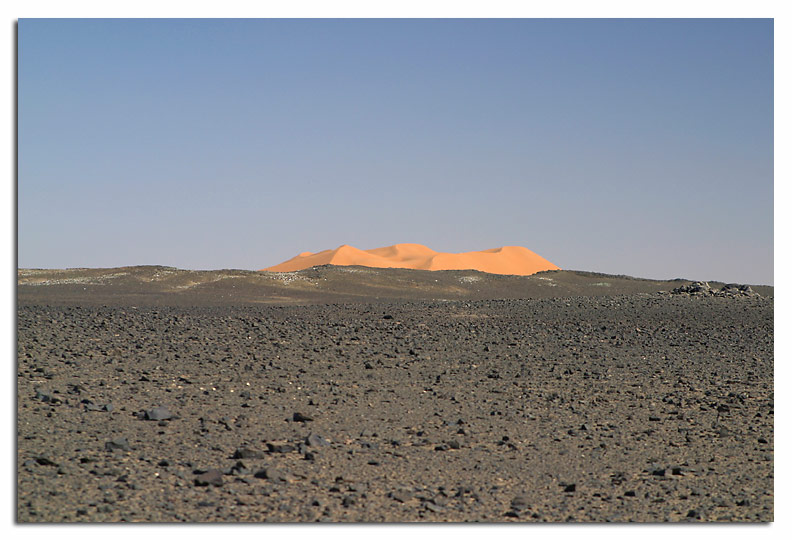