We found accommodation, pretty much by throwing a dart at the guidebook. We chose the Kasbah Mohajut, which was very pleasant. Though it was expensive by our newly reset Moroccan standards ($20/night!) It had very nice rooms, hot showers and really nice gardens. If we were in Santa Fe, this would have run $250 per night.

We talked with the proprietor, who recommended visiting the seasonal salt lakes west of the dunes. The flamingos were there.

It was a nice place. A troop of boys on bikes tried to sell some rocks and fossils to us, but after seeing our disinterest they left us pretty much alone. A familiar pattern was emerging. People in Morocco were very interested in where we were from. I had begun to play them along a bit, answering their inquiries with a shake of the head. “France?” “Ingles?” “Aleman? ” By the fourth guess almost everyone asked “Berber of Morocco?” At which point I would smile and admit my nationality.

We spent some time chasing the flamingos around this lake; they were beguiling in that they could move without looking like they were moving.  All the while we studiously avoided miring our trusty silver camel in the mud, 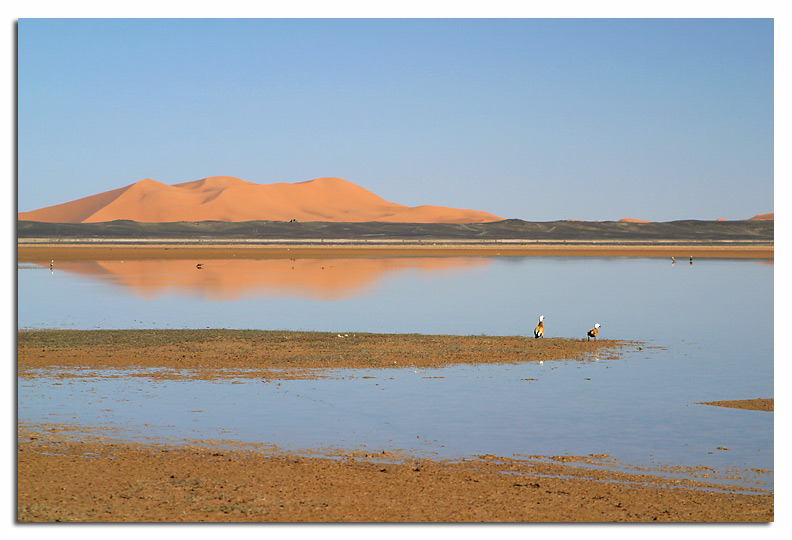 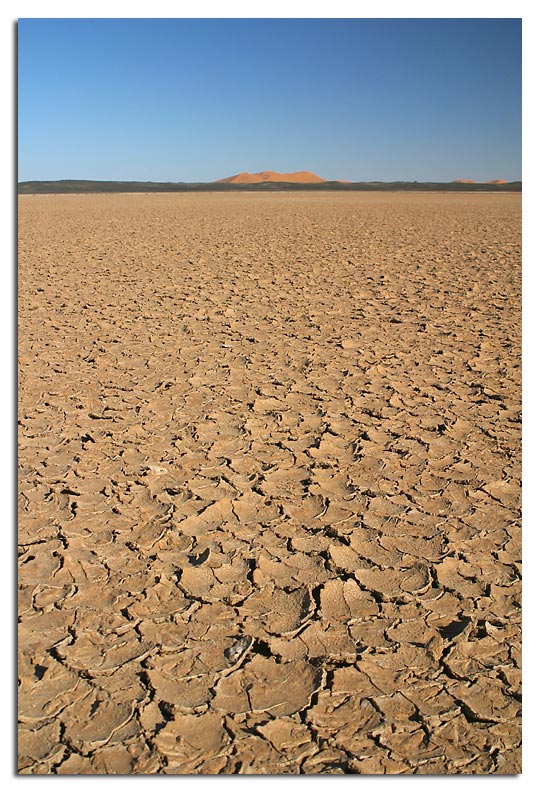 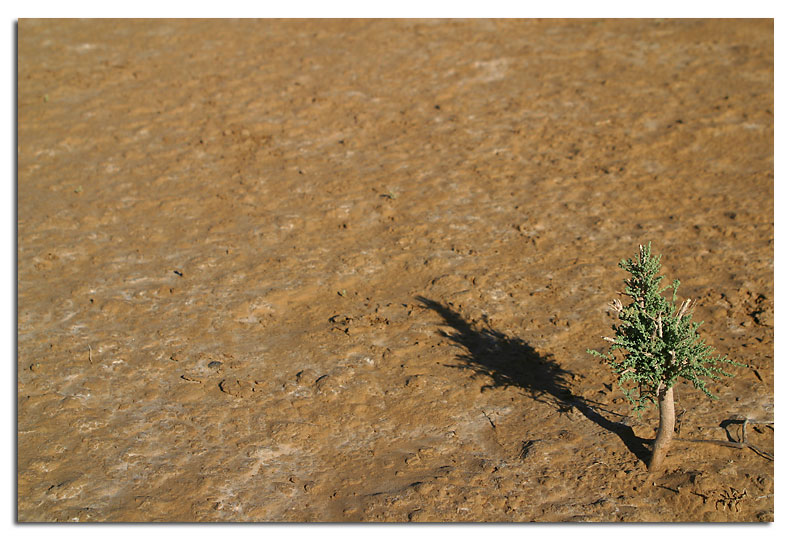 The sand dunes beckoned, so we headed down towards Merzouga. 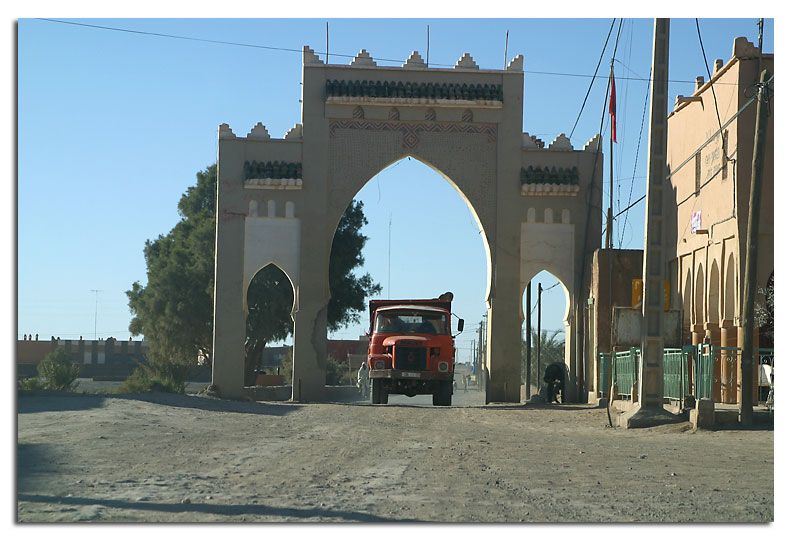 We had, much to our chagrin, run out of beer. So once in town we countered an offer to “Go make a nice Camel ride” with an inquiry as to the local availability of hopped refreshment. Without a moment’s hesitation, the fellow hopped on his moped and took off down a rutted track.  We pulled into the parking area of a hotel; walked through the lobby, past the skis and snowboards piled therein and purchased 6 Flag Specials. 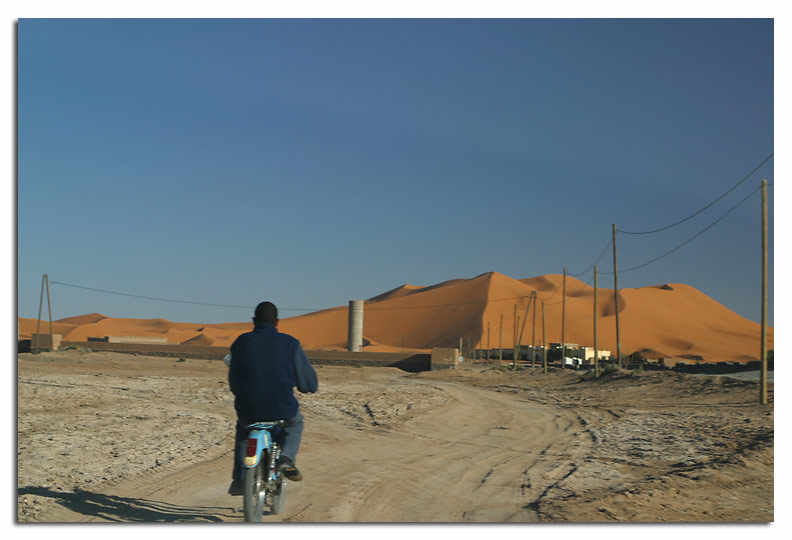 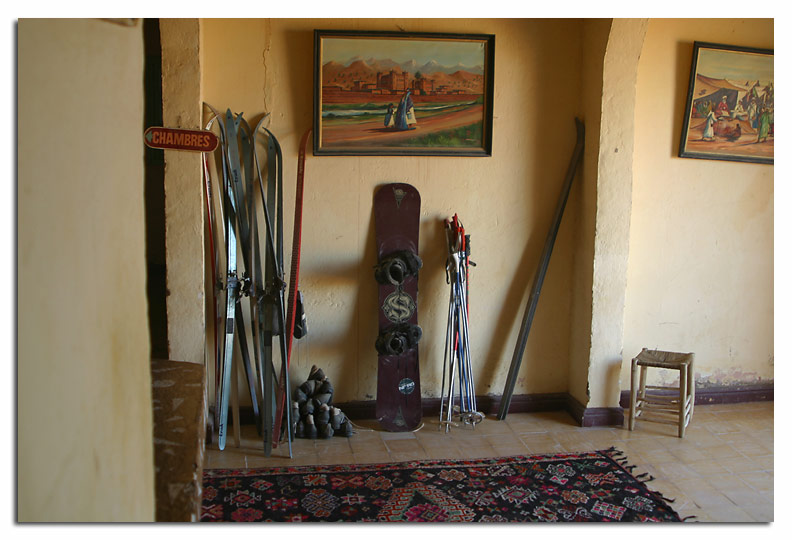 We then proceeded into the dunes.

A word of warning: I am entranced by sand dunes. I could look at them for a long, long time. And as you will see, I can take lots and lots of pictures of them. It was late afternoon, and the light was getting very good. The dunes play with your mind, jumbling its sense of scale. My eye was drawn to grand vista, immense mountains of sand, then to the abstractions and minutae. Curves, shadows, tracks and ripples. 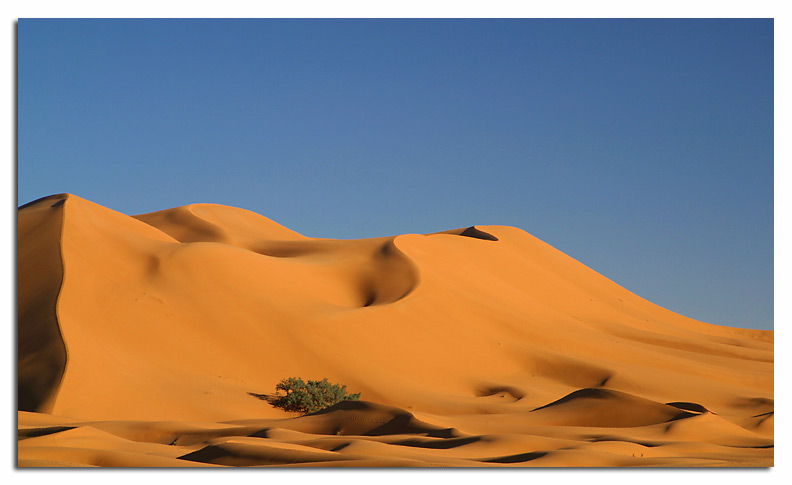 The sharp eye will find the people in this picture. 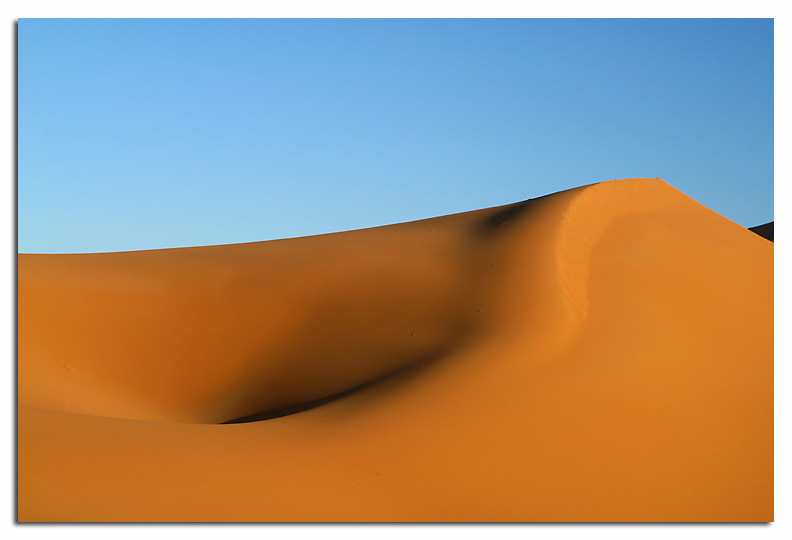 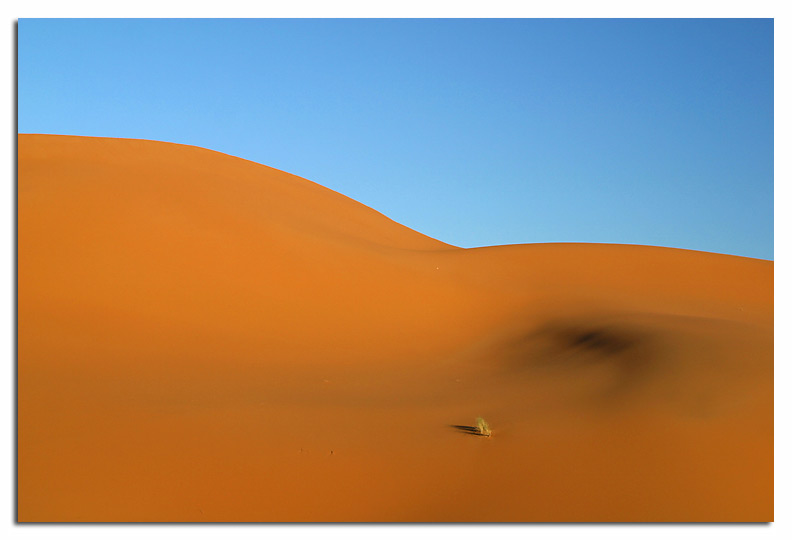 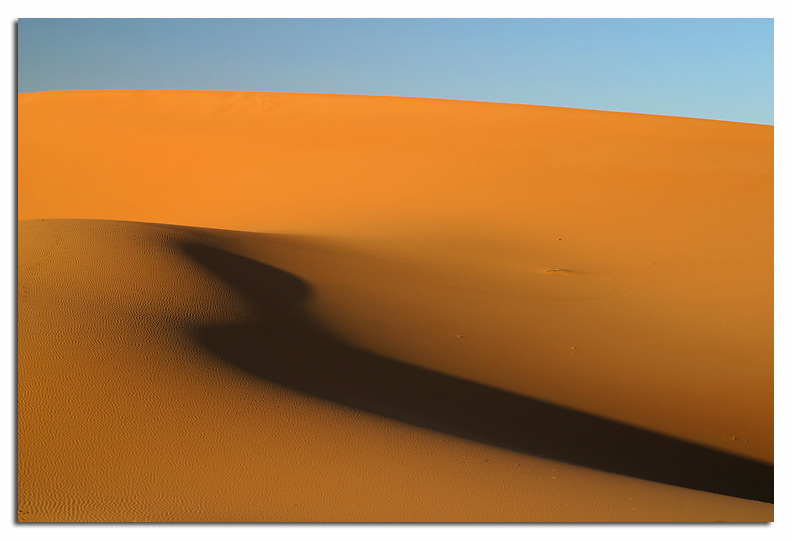 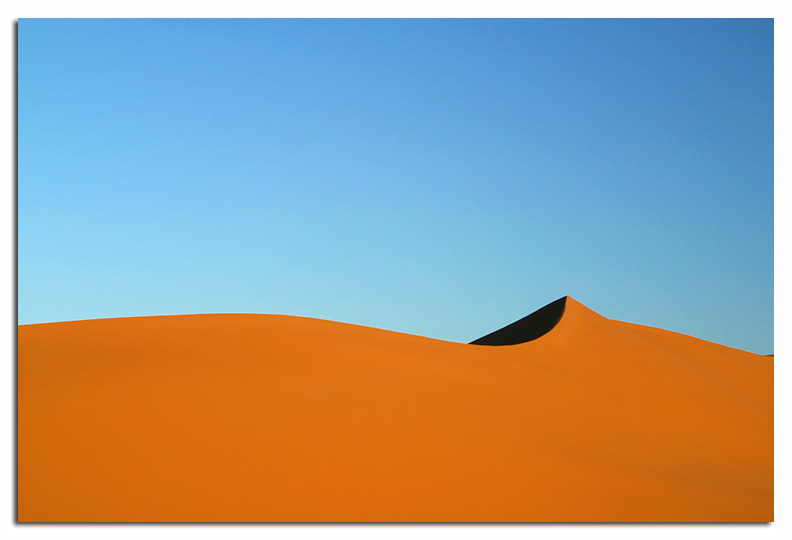 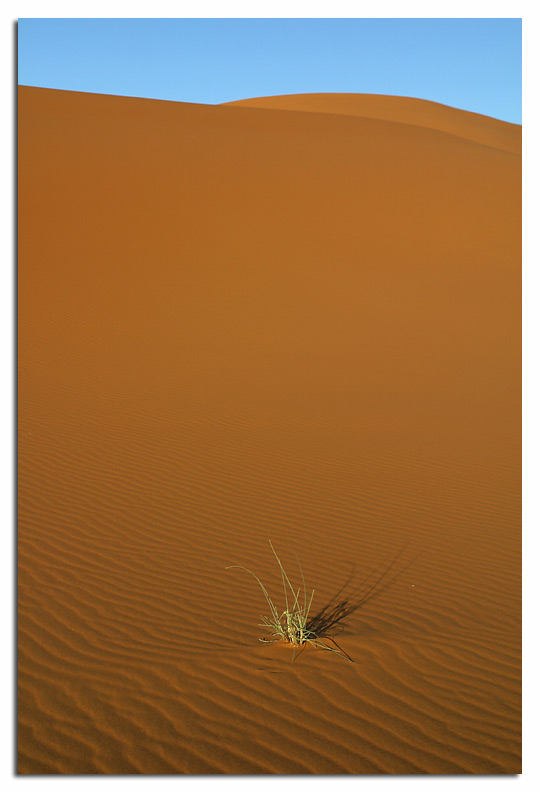