So without further fuss or expostulation, here are the Kaibab Plateau and the North Rim of the Grand Canyon.  This was another trip with Magpie Adventures, run by Mike and Maggie. Magpie Adventures is a mountain biking tour company. But they take a slightly different approach from the larger operators out there. Where other companies show up in multiple cargo vans with trailers and whatnot, they have a 4-cylinder Toyota truck and a VW vanagon. They take pride in the fact that they can do a tour with two vehicles and eight cylinders, burning just about a third of the gasoline that the larger outfits do, and serve up organic food to boot. For those that missed it, here is a link to a White Rim trip that I did with them earlier this year:


And here is a link to Magpie Adventures
. 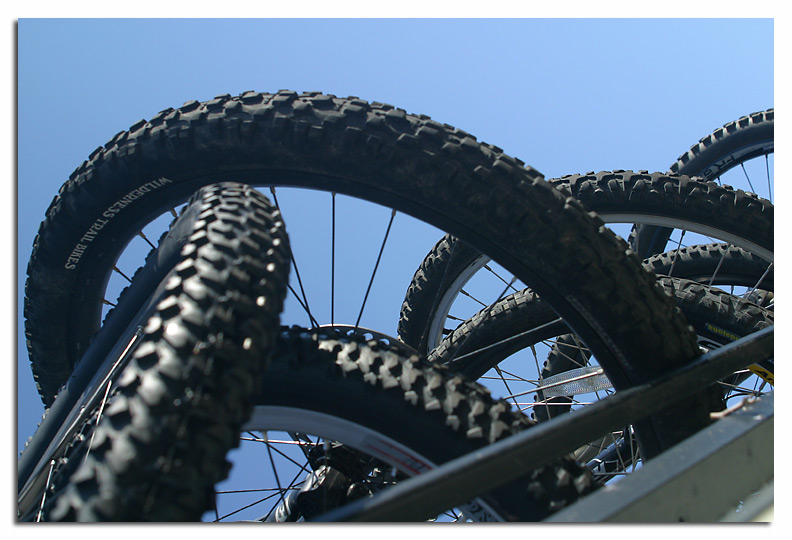 We’ll start off with an abstract shot. 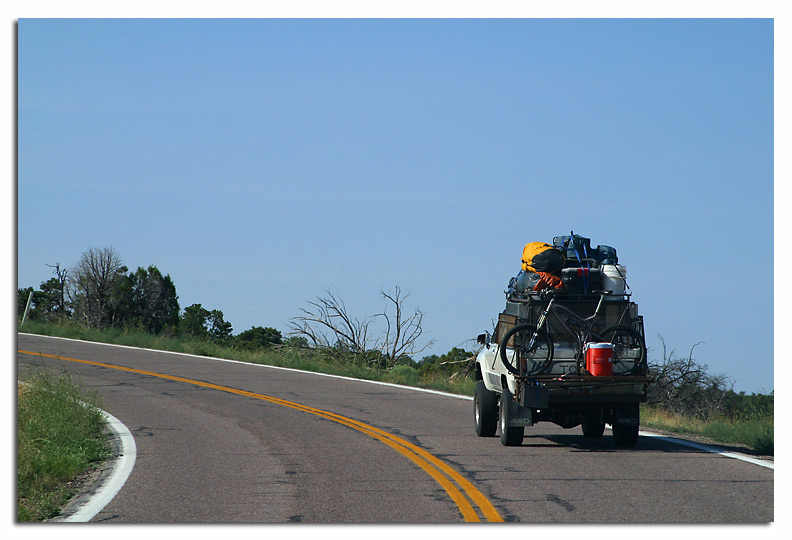 Heading up to the Kaibab Plateau. The drive up there represents a nice scaffolding up through vegetational zones, out of a sea of sage, into Pinon-Juniper woodlands, and then into the Aspen/Spruce-Fir/Ponderosa forest. Kaibab means “Mountain Lying Down” in Paiute, which is an apt descriptor as the plateau feels like a mountain lying on its side, wherein you travel south to reach the peak, instead of up. 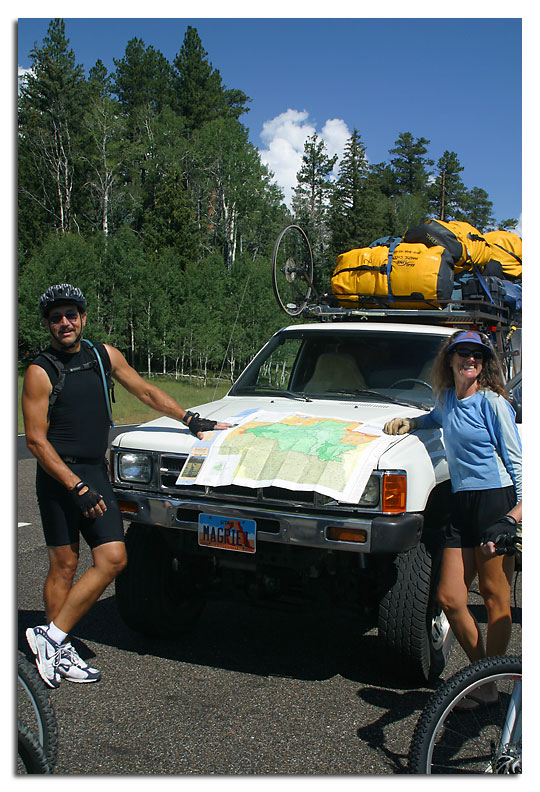 The first map talk of the trip, we started the riding at Crane Lake, which is just south of the burn zone at Telephone Hill. It still smells like smoke up in there, and at the time of our trip the forest service had closed down that section of the trail. 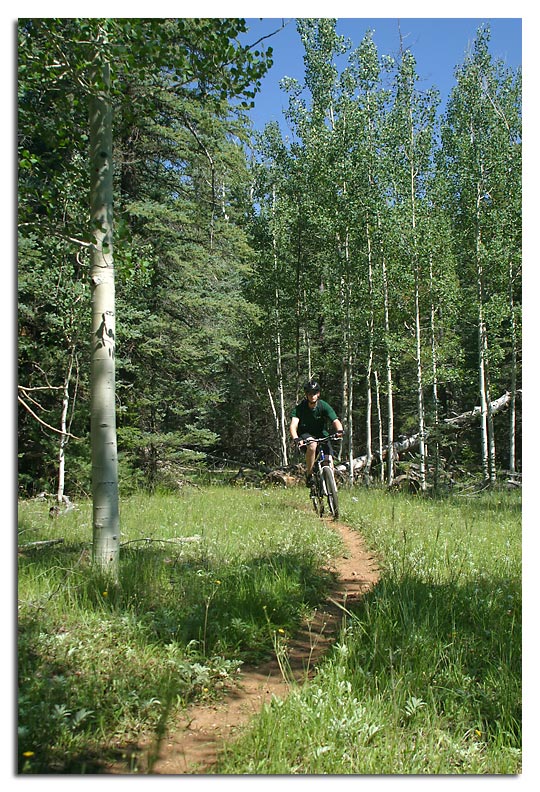 Winding through the aspen groves on the Arizona Trail. This trail was to be our home for the first two days of the trip. Currently there are 720 miles of it, cutting north south across Arizona from Utah to Mexico. The section we did went from Crane Lake to the edge of the Grand Canyon 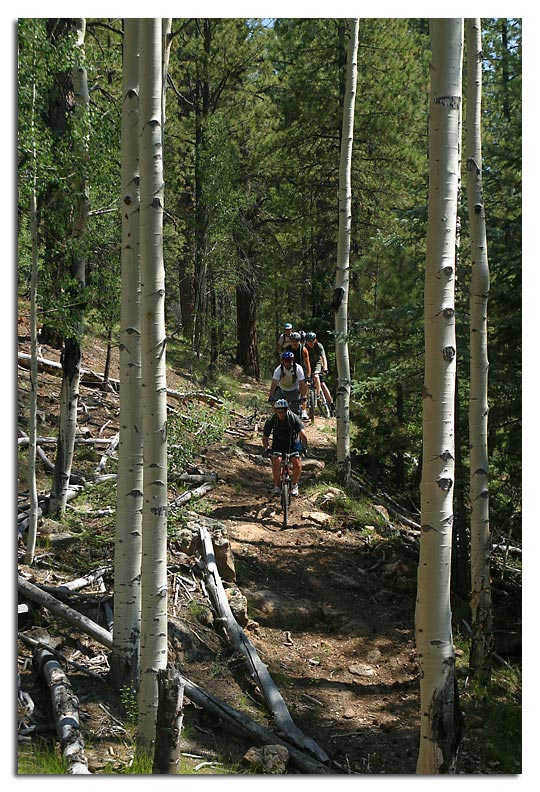 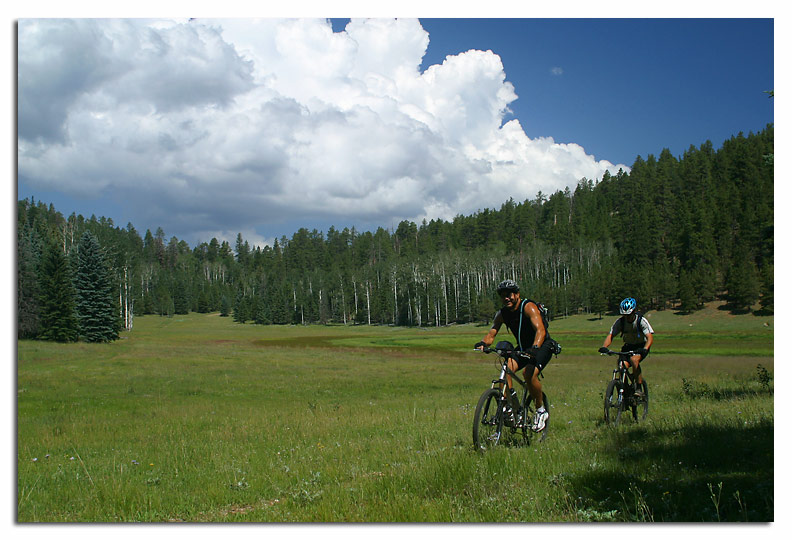 One of the many ponds along the route. Storm clouds a’ building. 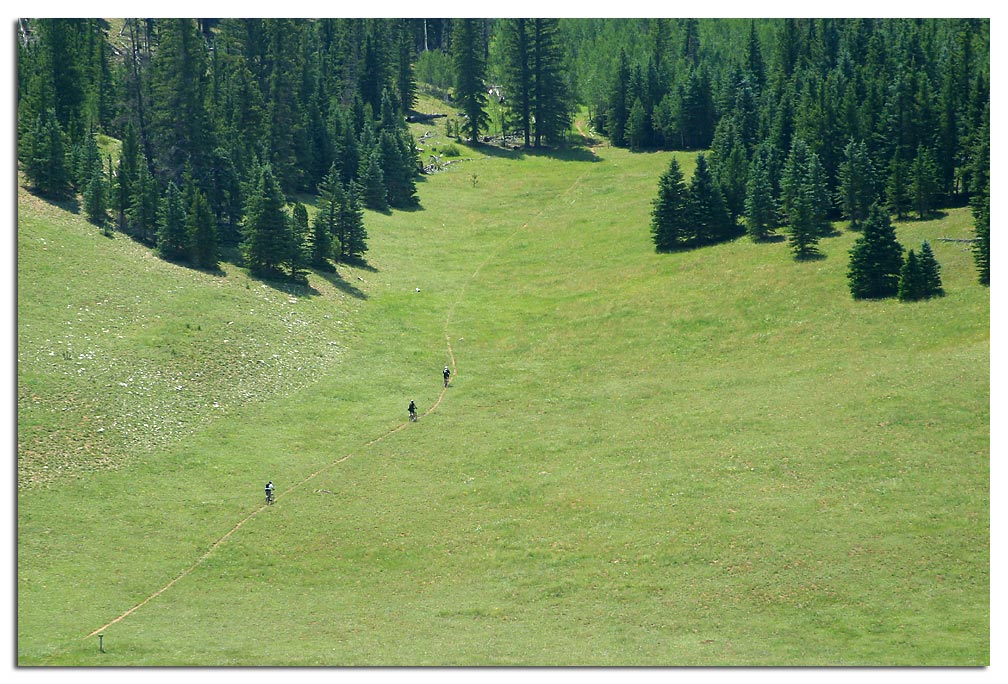