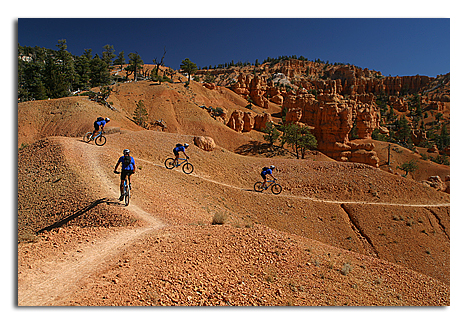 This is just a fantastic ride. One of my favorites. It is not technically challenging, but the essential carvy, swoopy nature of the trail is quite satisfying. And the climbing is quite manageable. Most folks do it either as a shuttle run or a loop using the rather nice paved trail that runs along Utah 12. But starting at the "end", the lower trailhead and doing the ride as an out and  back is a good way to get in some riding without having to pound any pavement or juggle vehicles in a shuttle kerfuffle. Plus the beer is right there when you finish.

A bit of background information. There is no Thunder Mountain, the name was made up by the forest service for reasons known only to themselves. It is a nice dramatic name for such an excellent ride, and I have been chased off of there by loud, dark, ominous clouds before, so despite its dubious origin, the name is apt.

The Paiutes called the area Unka-timpe-wa-wince-pock-itch which translates to "red rocks standing like men in a bowl-shaped canyon. And these standing stones, hoodoos, or whatever one wishes to call them are the dominant feature of this ride. Many places allow you to view rumpled landscapes of hoodoos from afar. Thunder Mountain lets you ride among them.

These hoodoos are the remains of the Wasatch formation, which was laid down sedimentarily in an Eocene Sea some 54 million years ago. The seas retreated and later uplift formed blocks which stream erosion carved into plateaus. Because the Wasatch beds vary in hardness, they weather at different rates, which creates the standing formations. 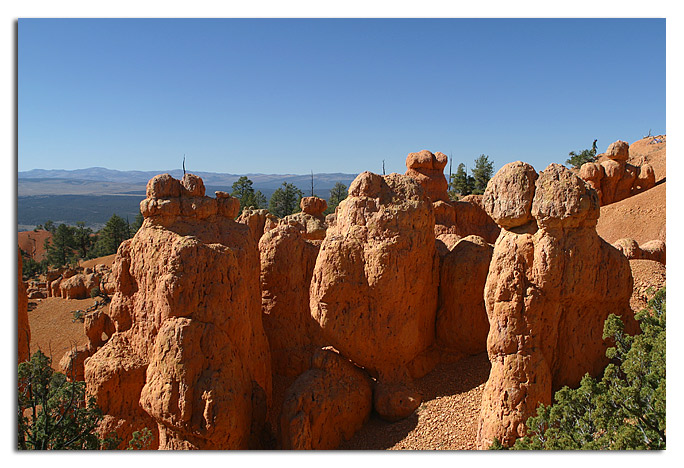 From the upper area of the trail you can look East towards the Aquarius Plateau. 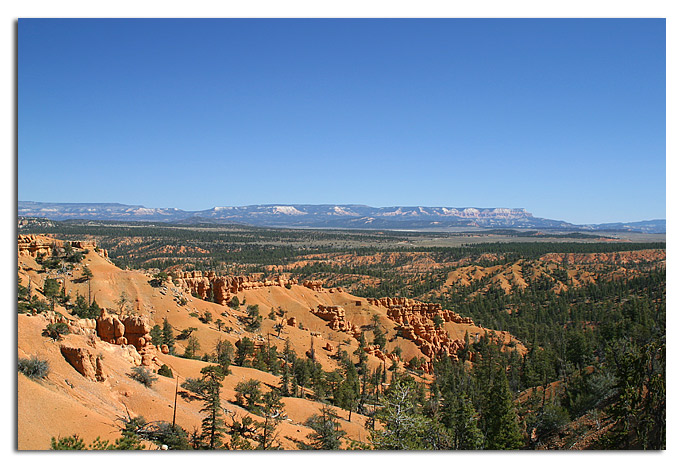 And to the west is the Markagunt Plateau, with Brian Head peak and all of the excellent riding thereabouts. 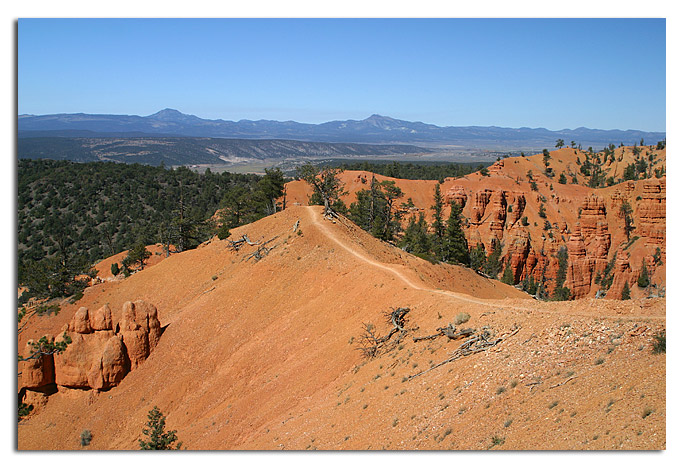 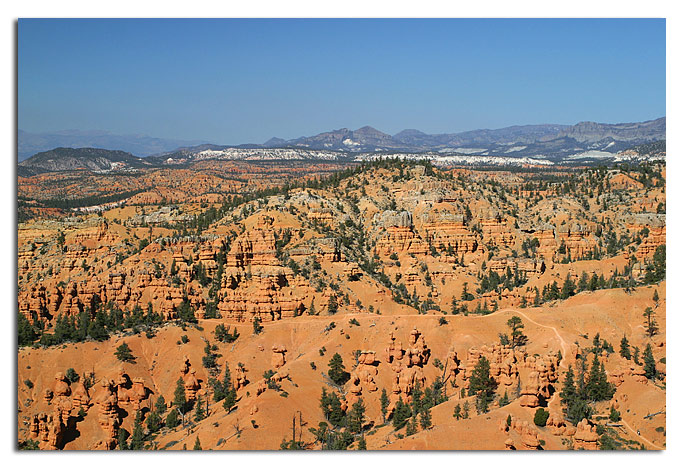 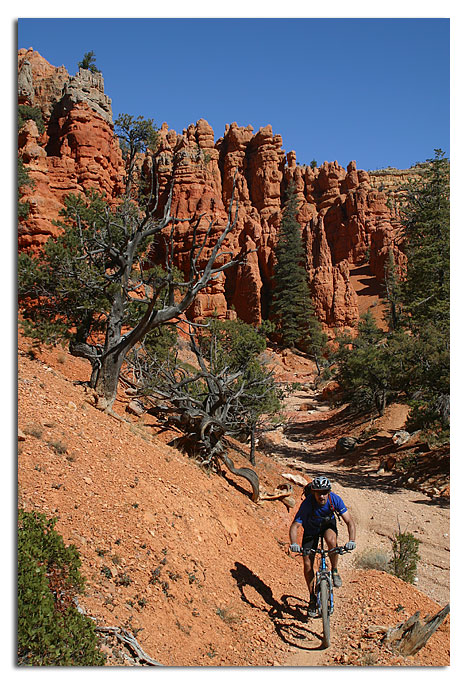 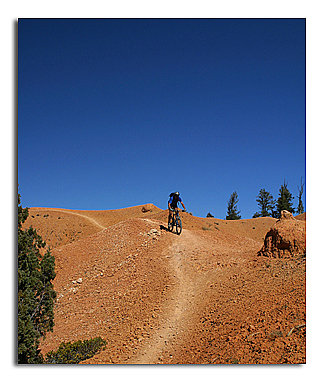 A nice little series of a fun section. 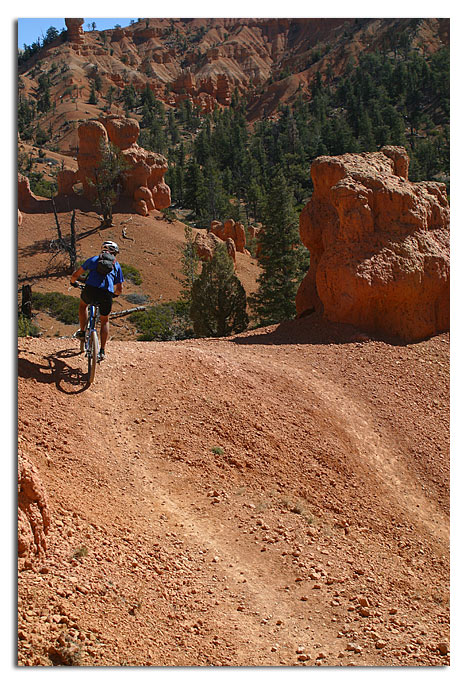 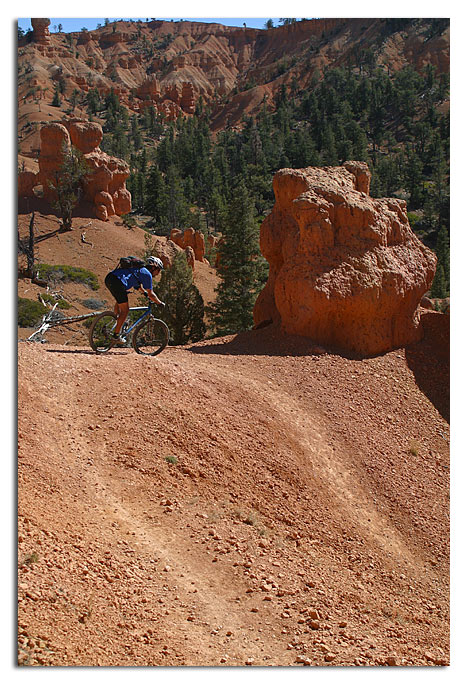 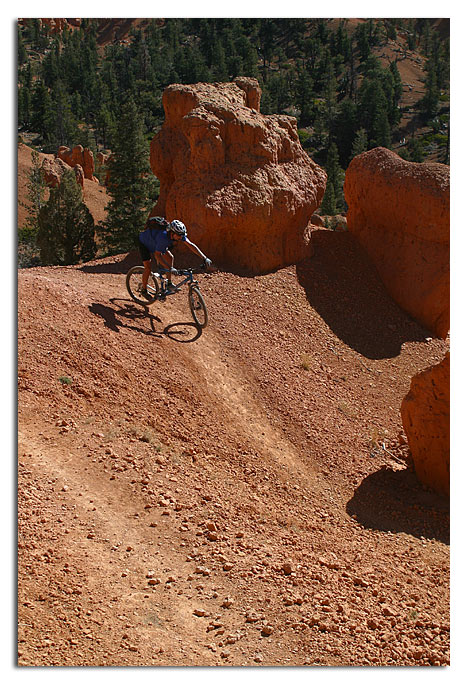 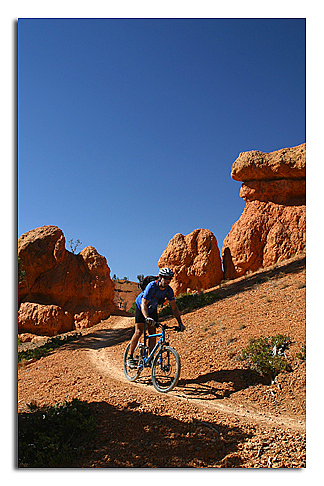