I just got back from another bike jaunt through the American West, this time taking a southwestern tack from Denver and heading down to Kanab, Utah, which served as the launch pad for a 5-day bike trip on the Kaibab Plateau and North Rim of the Grand Canyon with Magpie Adventures.  But before we get to any of that, I thought I would share/bore you all with some images from the drive down.

Golden to Kanab. I launched from the casa at around 2:30, which put me into Goblin Valley, Utah right at sunset.  I set up the cot, opened a celebratory beer or two and lay down and looked at the stars, which are always amazing out in the desert. This is an important part of the trip. It’s where you let the grease of the city leach out of your body. Recenter. Check out whilst checking back in on what matters.

The next day I got up just before sunrise and headed into the Valley of Goblins. This place is just as fantastic as it was in 1977, when I first layed eyes on it as a small child. There’s still no Jawas there, but it is a very cool place. 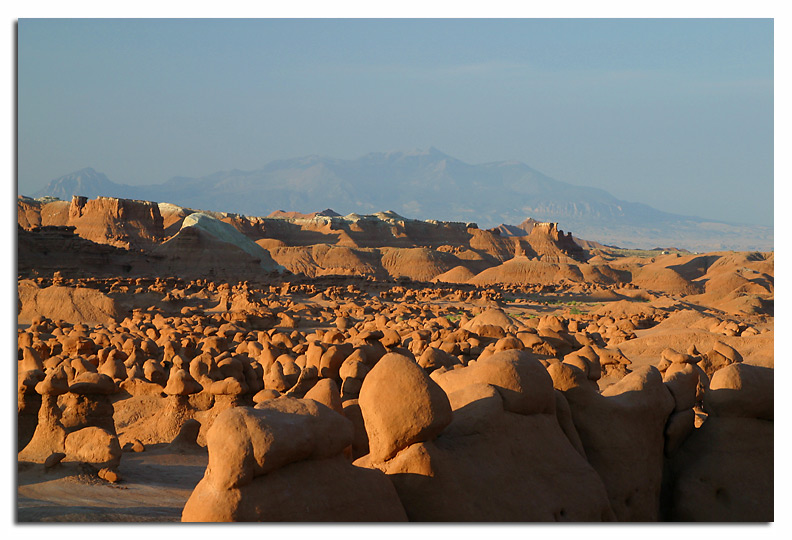 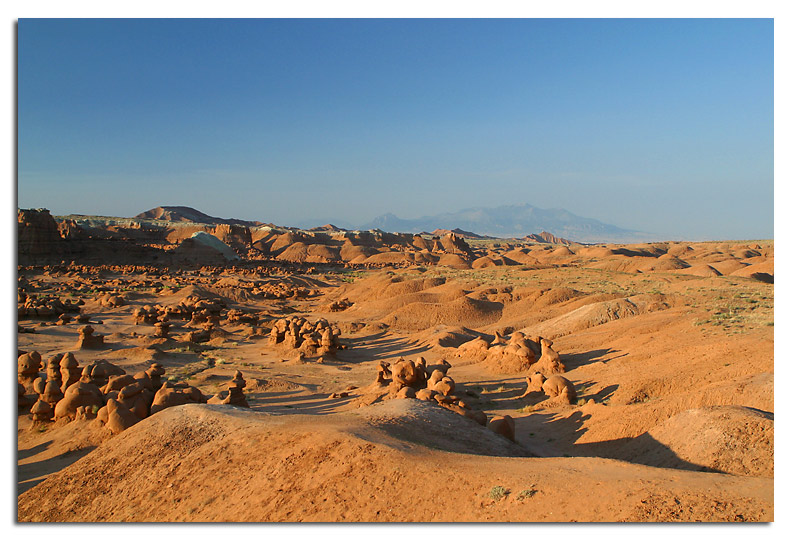 After some traipsing around, I loaded up the truck and set out for Kanab. It is only about 200 or so miles as the crow flies. But I ain’t no crow, and there is a large amount of amazing country out there that deserves to be zig-zagged through and lingered upon. Savored.  I elected to stay off of pavement as much as possible, so I bopped down 24 and over the Dirty Devil River and into Hanksville, refueled, gazed wistfully towards the Lonesome Beaver campground (Maybe next time…) and then headed off southerly. I took Notom road which angles along the east side of the Waterpocket Fold through Capitol Reef National Park. 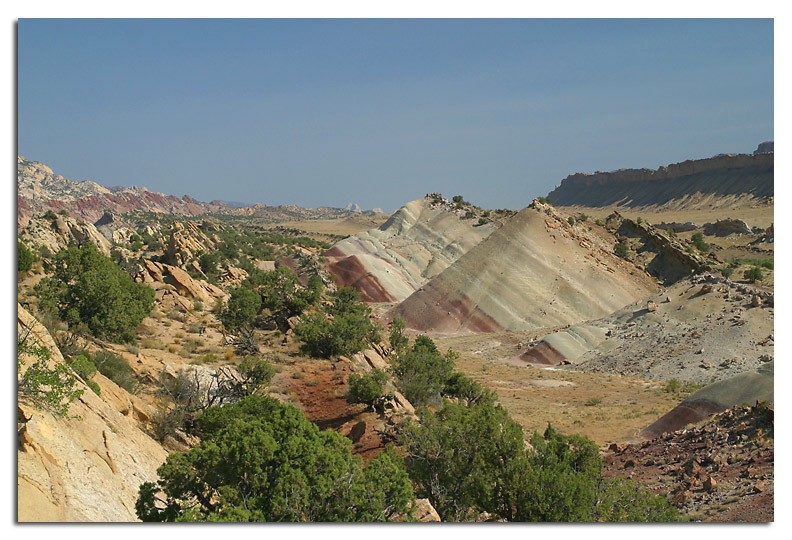 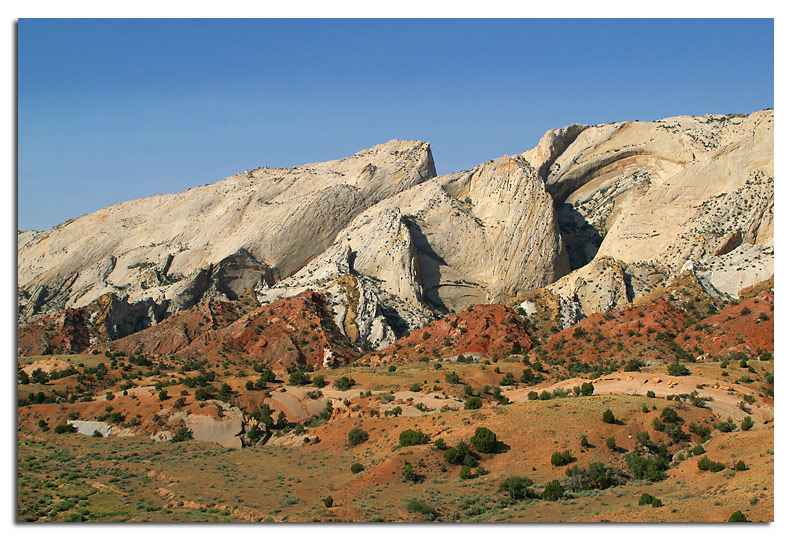 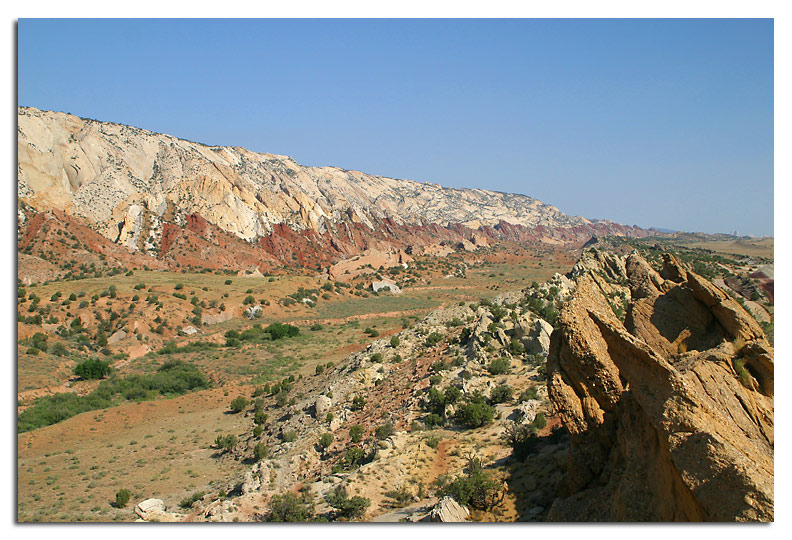 That ran right into the Burr Trail, which scrabbles and scrambles up over the fold and into Escalante, just south of Boulder Mountain. This is jaw-dropping country. It is on such a vast and alien scale that I have known people who become afraid of Utah. It just doesn’t relate to any prior experience or expectation. 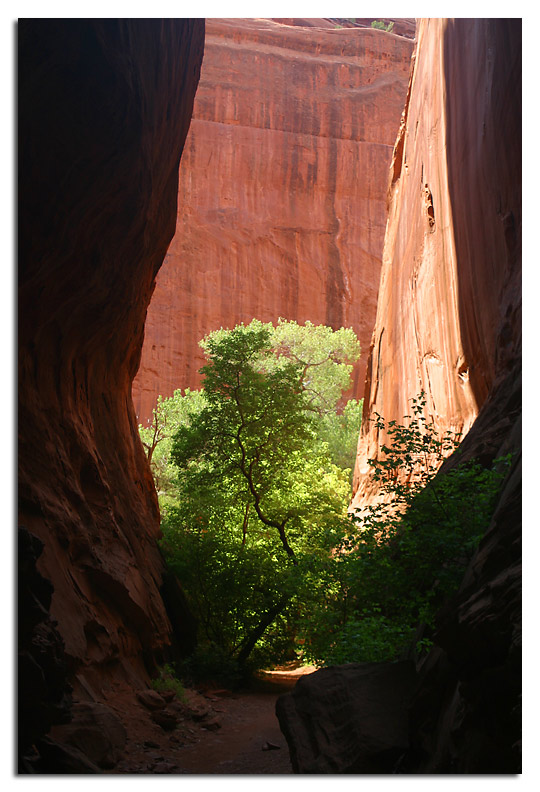