Located just east of Santa Rosa, California, Annadel houses a nice collection of fairly buff singletrack. Originally called "Annie's Dell", the park consists of open oak woods, with a few areas of redwoods in the higher sections.  Of the many trails, Live Oak, Steve's, Ridge, Marsh and the Burmas are quite nice. I was able to do 20 miles here, that with some repeats of particularly fun sections.

A map can be found here. 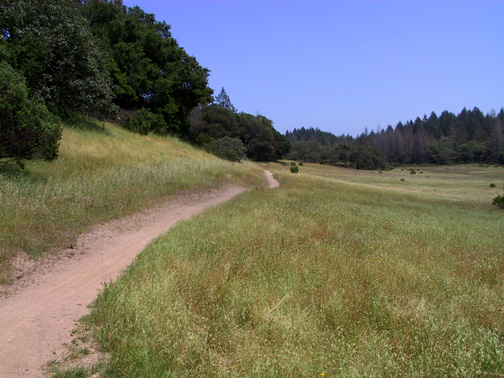 Marsh Trail as it heads to South Burma. 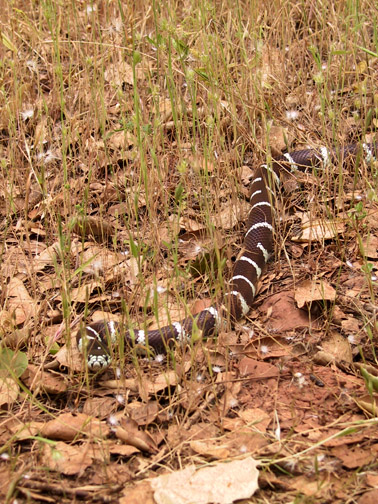 It was preternaturally snaky out there. This fellow was basking just off the trail. I snapped a few pics, turned around and snapped a trail pic... 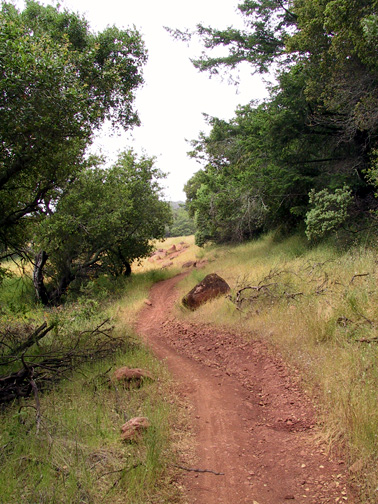 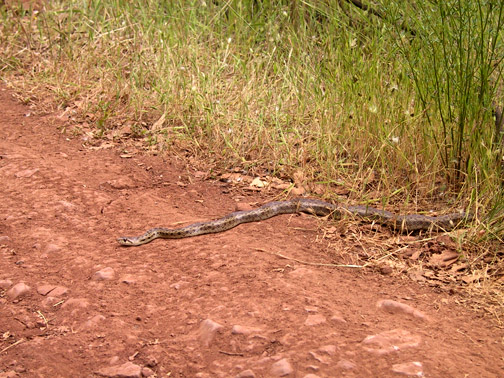 And this little fellow was right behind me. You can even see him in the next picture up. I'm surprised that I didn't step on him as I was photographing the other one. A little while later I saw yet another snake, but by that time I was tired of taking pictures of snakes. 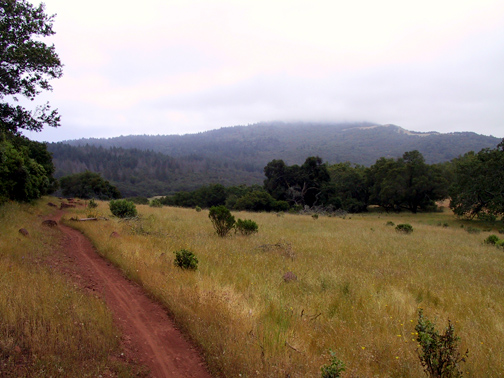 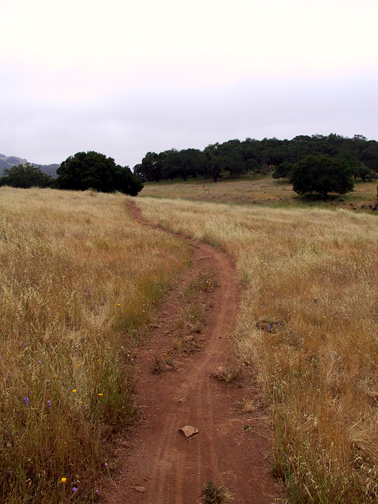