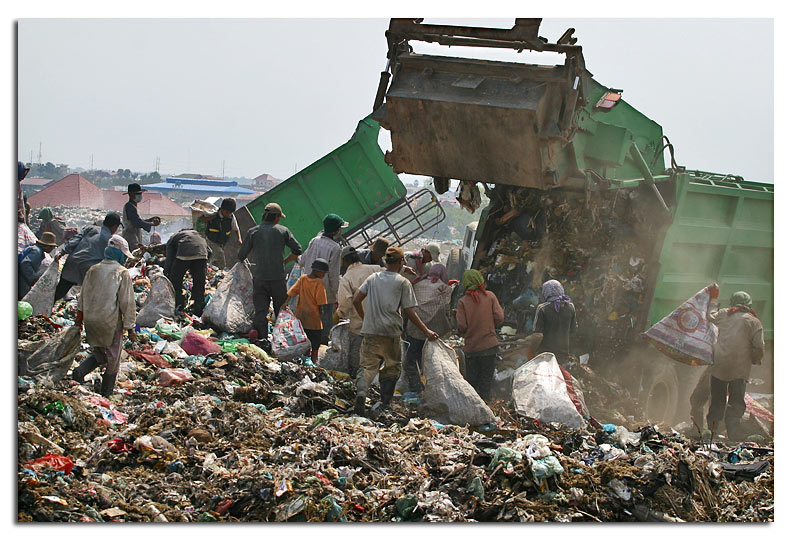 The kids also swarm to the garbage trucks dumping their loads. At the risk of being crushed by the cascading trash, they dart in for the first crack at the new offerings.

And machinery isn't the only danger here. Any city dump is a relatively toxic place. Phnom Penh's more so as there are few restrictions as to what can and cannot be dumped here. And Cambodia's government has allowed other countries, such as Taiwan, dump their industrial waste here.

The garbage pickers are like ghosts. They move silently around me. Not acknowledging me. Or maybe I'm the ghost. A visitor from another world. 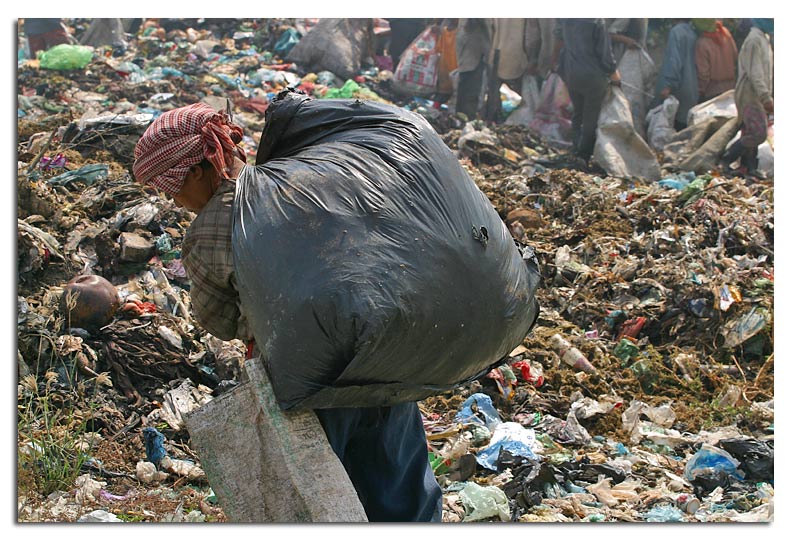 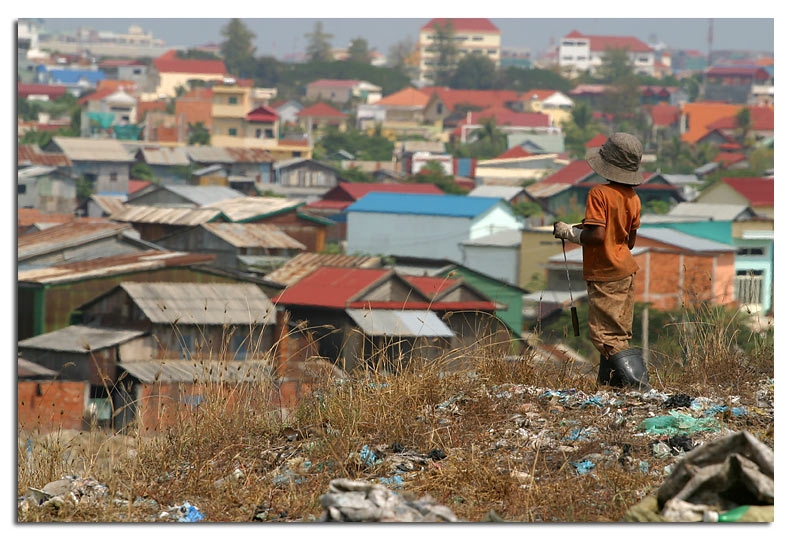 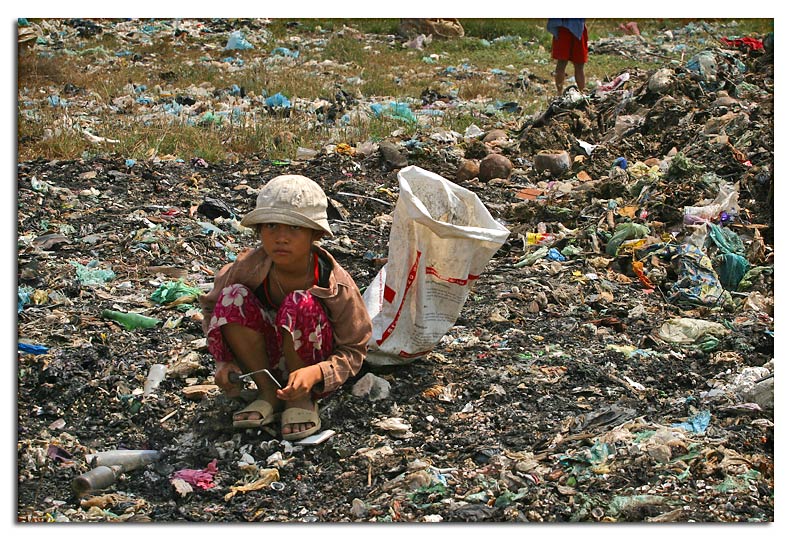 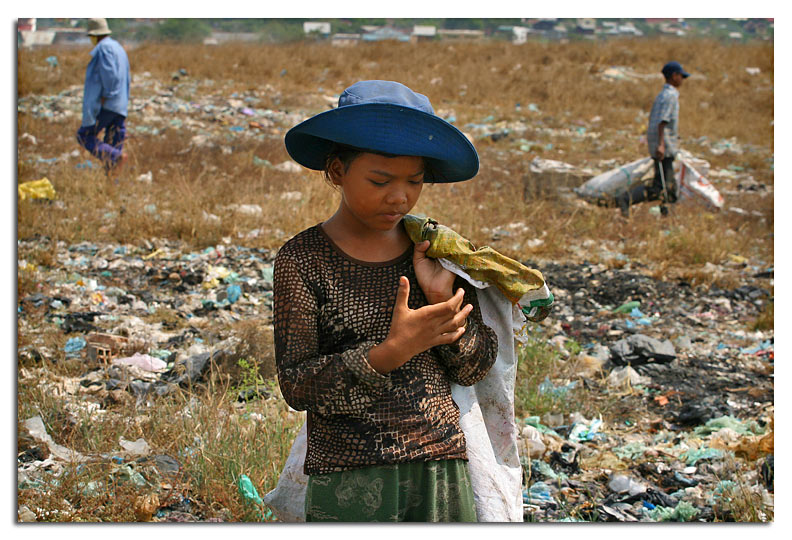 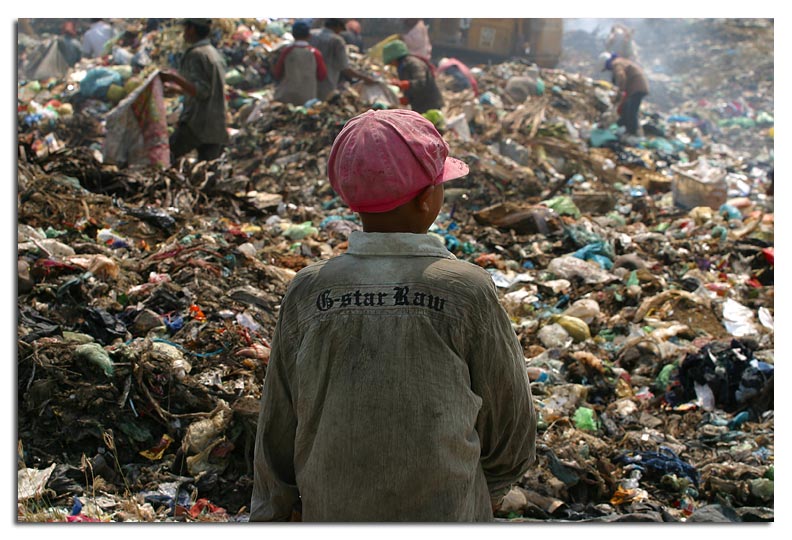 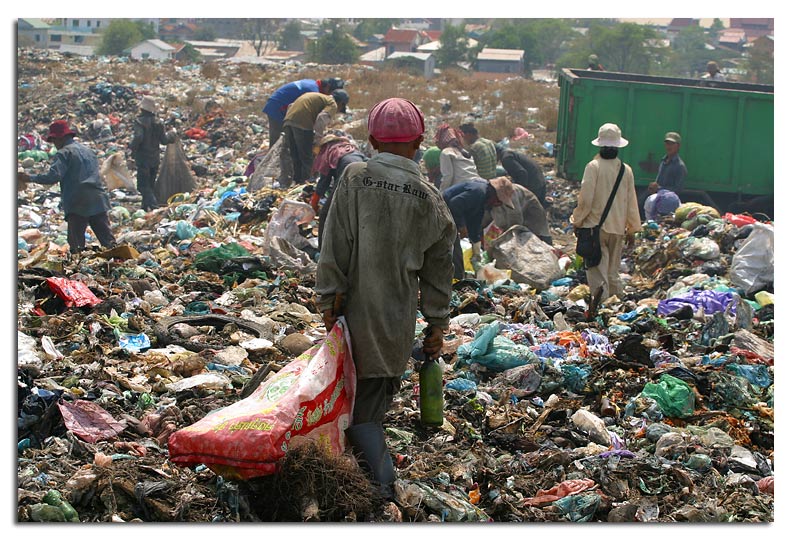 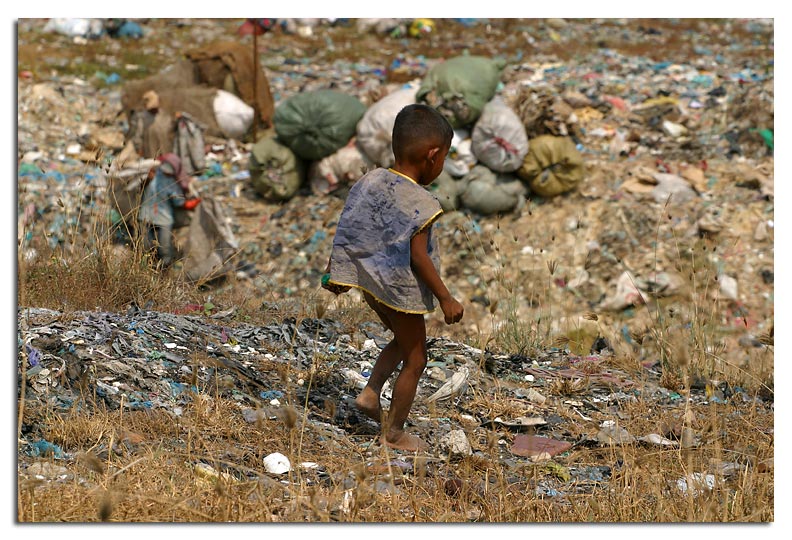 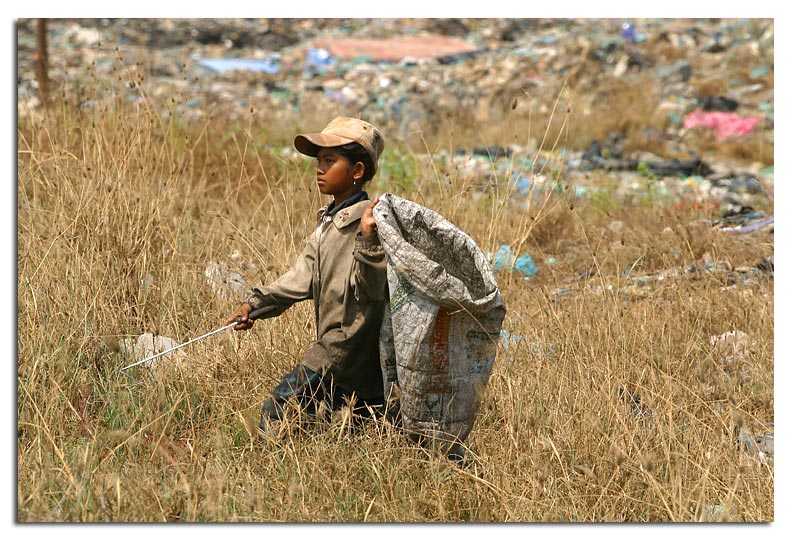 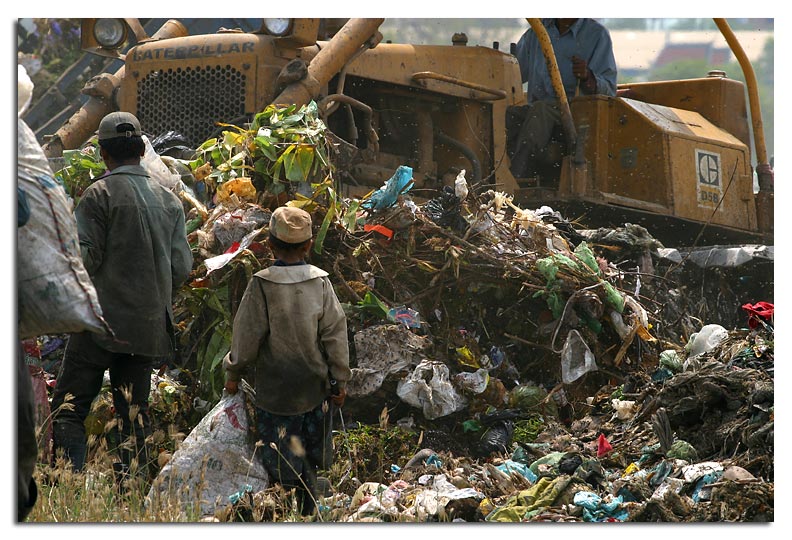 The trash pickers hang around the bulldozer, eager to get at what the blade churns up from the depths. Scott says every year 8 or so kids are crushed beneath the tracks of the dozers. It is not uncommon to find body parts out here.

If you have children in your life, it is ok to go hug them now. I would if I did. I'll still be here when you get back. 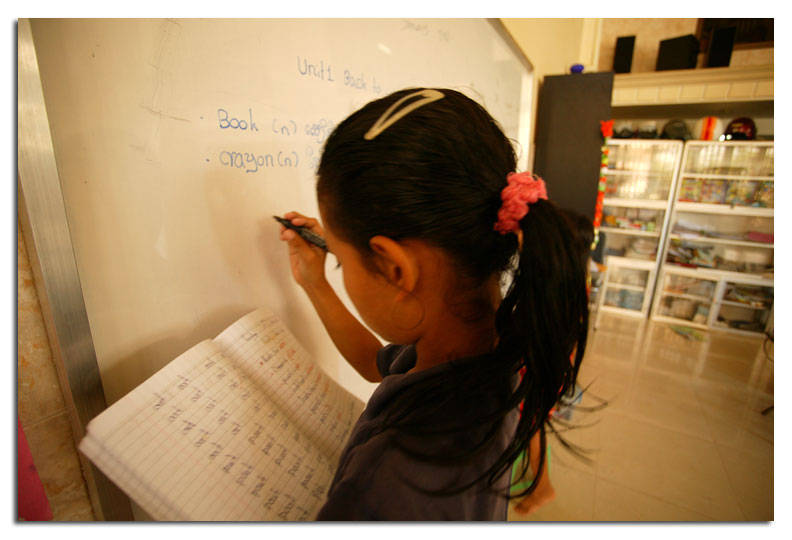 After an indefinable amount of time, we load up and head to another of the CCF's orphanages.  Scott tells me that the kids that come out of his program end up with really good jobs, well above the national average in terms of salary.  And many of them want to be teachers.  Computers, English, health, these are some of the studies that their program emphasizes.  I ask Scott if he's ever going back.  He tells me that it is not in the foreseeable future.  He was a Hollywood executive. 5 Bedroom house. Porsche, yacht, the whole shooting match. But something never seemed right.

Tobey MacGuire was impetus for the change. As a Hollywood executive, Scott received an emergency phone call. On the publicity tour for Spiderman 2, Tobey had a meltdown and refused to get on his private jet. It seems that the jet was equipped with a Playstation 2, and he wanted an Xbox.

"My life wasn't meant to be this difficult" said Tobey. And Scott told Sony Pictures that he was through the very next day.

Scott dropped me off back at CCF1, the main orphanage. I walked back to my hotel in a daze. Fighting back tears.  Once there I took a long, long hot shower.

I will never have seen everything... 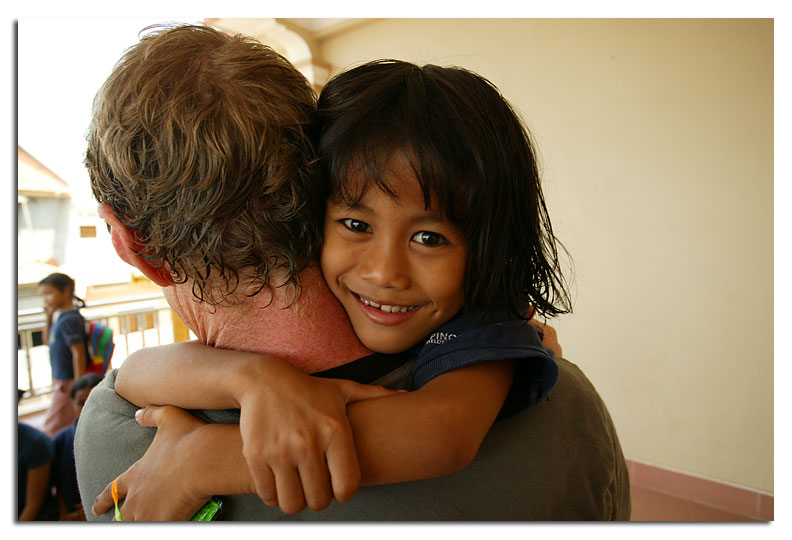 For a slide show of all of the images from Steung Meanchey: